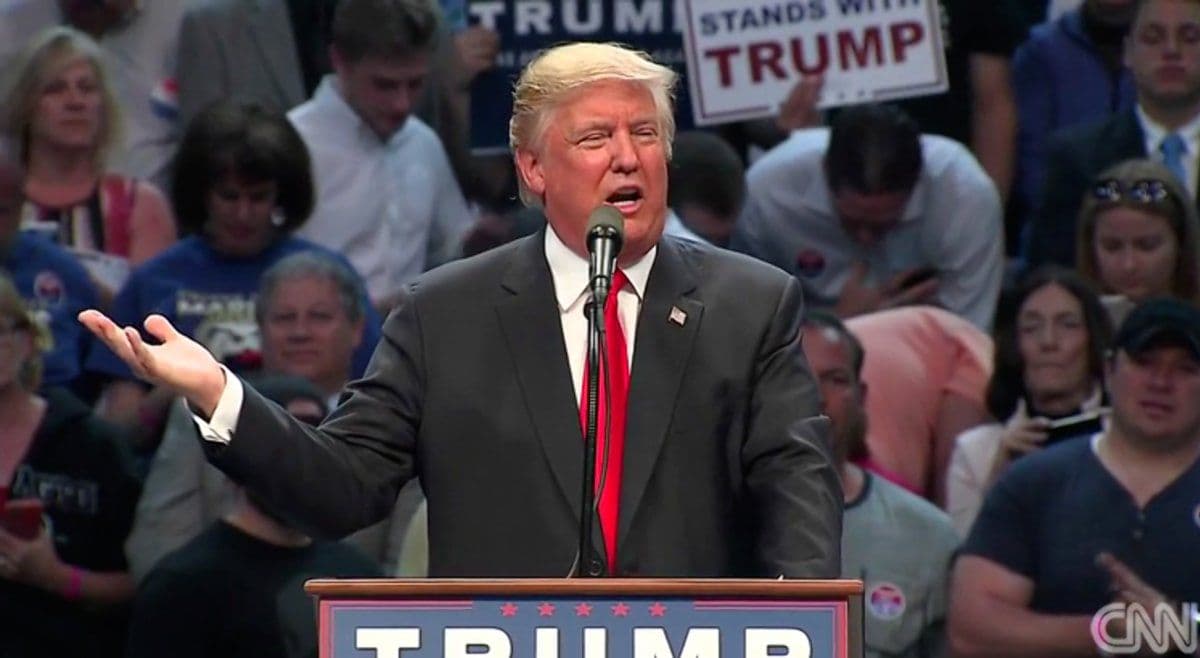 Presumptive Republican Presidential nominee Donald Trump, who claims to be worth $10 Billion (though recent reports suggest that could be as “little” as $150 Million), put money well ahead of the country he plans to make great again during her darkest hour when he took $150,000 earmarked by Congress for small businesses devastated by the 9/11 attacks. Trump, along with other financial giants exploited a loophole created by a state agency that ignored the federal definition of what qualified as a “small business”, according to a New York Daily News report:

Trump got $150,000 for his swanky property at 40 Wall Street because the Empire State Development Corporation, run by the state, didn’t enforce federal guidelines on what defines a small business. Instead, the state used much looser rules that let The Donald and others including Morgan Stanley and Bank of China take money that was earmarked by Congress to help small business owners in the neighborhood recover after the tragic attacks.

In a 2006 expose, the Daily News uncovered the loophole that the Empire State Development Corporation used to funnel money away from small businesses and into the hands of people like Trump and corporations like Morgan Stanley, Dell, The AXA Group and others:

The firms were allowed to collect small-business grants because the state agency that dished out the free money, the Empire State Development Corp., ignored the federal definition of a small business and adopted a much looser standard. The ESDC used employee counts – setting the maximum for its $556 million Business Recovery Grant program at 500 workers – to determine whether applicants were small businesses. Federal law requires that the size category of the types of businesses most common in lower Manhattan – finance, insurance, real estate and law firms – be determined based on annual revenue. Only the wholesale, manufacturing and mining sectors – obviously uncommon downtown – are measured by number of employees. Also, in totaling the number of employees, the ESDC didn’t require applicants to include employees of subsidiaries and other affiliated businesses. Federal regulations require that linked companies are included in determining whether a business is small.

Congressman Jerry Nadler (D-NY), who represents New York’s 10th Congressional District where the 9/11 attacks took place, helped secure the funds for the small businesses at or around the World Trade Center. He told The Daily News that Trump was literally taking much-needed funds away from companies who didn’t have the resources that the wealthier developers and corporations did:

“It’s really indefensible that this money went to big guys like Trump. It’s unfortunate because it meant a lot of the small businesses didn’t get that money.”

In his 2004 best-selling book, “Trump: How To Get Rich“, the Donald made no attempt to hide just how beneficial owning the property was to his bottom line:

I make a great deal of money from 40 Wall Street. Aside from owning the most beautiful building in lower Manhattan, I have the added attraction of owning a particularly lucrative one, all because I watched the property carefully for decades, waiting for my moment, and knew what the other side was thinking.

When he’s not taking pages from the playbook of George Wallace (or worse), Trump is fueling his campaign with a brand of neo-nationalism that appears to resonate among older, whiter Americans that enjoy dressing themselves up in Old Glory and celebrate their bald eagle fetish. Yet the evidence continues to mount that he’s simply playing this demographic for fools. He’s carefully fostered this image as being the candidate who will fight for the little guy, but when the little guy was attacked by international terrorists, Donald Trump was muscling his way to the front of the line to grab the relief funds the federal government earmarked for them.