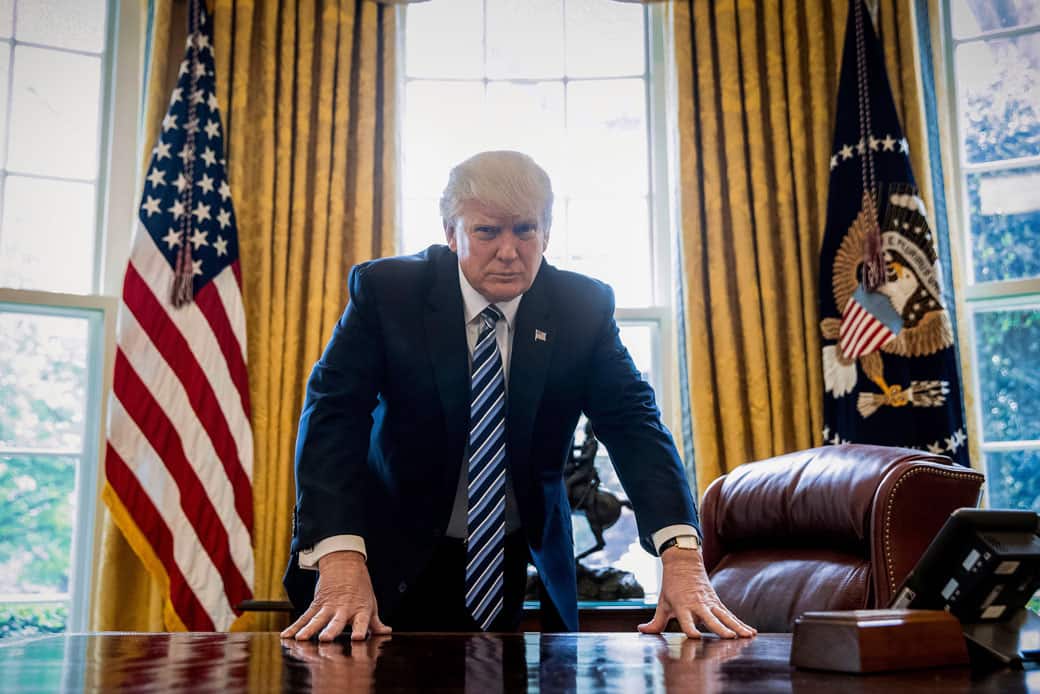 As painful as it can be listening to Donald Trump, we are forced to do so since his candidacy for the highest office in the land appears inevitable. In an interview with Michael Savage yesterday, the pain was immense as Trump and Savage took turns spewing a mountain of provably false propaganda at each other for what seemed like an eternity.

Some Nasty Trump Whine With Serving Of Ignorance

Trump took a very brief venture away from his usual spiel to point out someone had told him Trump was the most “slandered” person he had seen over the Ted Cruz affair story. This claim shows Trump is completely unaware of the existence of two things: the Internet and the Obama presidency. A bit of a stretch on Trump’s part to say such a thing when he’s trying to replace the most threatened president in history.

But that was just a small kernel in the mountain of crap that was excreted in this interview. Trump took the time to point out his great respect for women, which is easier for him to do when he is not being interviewed by a female reporter whoseappearance he can’t resist commenting on. Trump’s feelings for women have been exposed plenty so no need to go on here about this ridiculous claim.

Trump questioned why the United States wasn’t doing more about ISIS in Libya, such as creating a blockade so ISIS can’t profit off of Libyan oil. The problem is that ISIS isn’t really profiting off of the resource there, as explained in a recent report:

ISIS also might be running into financial problems in Libya. While the country has oil resources, which have been profitable for ISIS in Iraq and Syria, the group’s volume of oil sales in Libya has been low, according to the center. But the largest share of ISIS’ revenue in Iraq and Syria comes from taxing the local population and selling antiquities — not oil.

Trump also refused to state his plans for ISIS since they might be listening and he would lose the element of surprise. And Trump should know they’re listening since he recently made a cameo appearance in an ISIS recruiting video.

The disgraced NYPD spying on Muslims program was also a topic of conversation and the stupid was white hot at that point. Trump called the debacle a “great surveillance program” and the “best in the world”, apparently unaware that the NYPD admitted the program “never generated a lead or triggered a terrorism investigation” in more than six years of operation.

Michael Savage took some time to criticize Ted Cruz for a rather odd move, considering Savage’s present company at the time. Savage said Cruz refused to come on his show and didn’t have the guts to face him. He then wondered, if Cruz can’t face Savage, how will he have the courage to face ISIS? The obvious follow-up question that Savage failed to ask at that point was: if Trump can’t face Megyn Kelly, how do we know he has the guts to face ISIS? Seems like a missed opportunity on Savage’s part there.

Finally, Trump proudly touted his capture of Sheriff Joe Arpaio’s endorsement and couldn’t say enough about it. Nothing like running for a seat in the federal government and bragging about the endorsement of someone who thumbs his nose at that same government. Of course, Arpaio only has time to do that when he isn’t cleaning up the inordinate amount of suicides that take place in his jails.

Hearing Trump whine about something is certainly a bit different from his typical braggadocio. But his rhetoric is still atrociously ignorant and it is terrifying how incredibly uninformed he is while still being a serious contender for the White House.