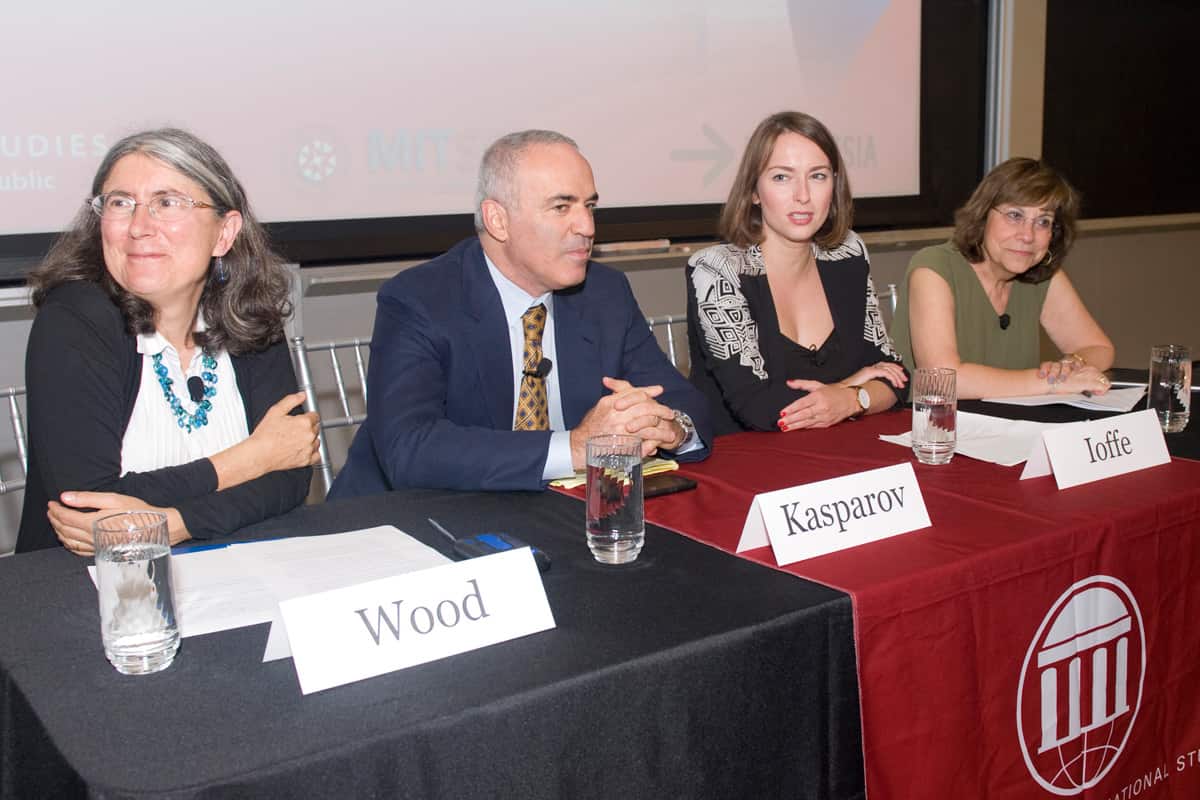 The prospect that Russia played a significant role in the election of Donald Trump continues to accumulate evidence. It is undoubtedly the worst scandal the United States has ever experienced. When a hostile foreign power is suspected of manipulating American democracy all citizens should be intensely concerned.

While a majority of citizens are indeed concerned, their anxiety doesn’t seem to be shared by Trump or his administration mouthpieces. On Sunday morning Face the Nation interviewed Nikki Haley, Trump’s United Nations Ambassador, and began with this topic. Host John Dickerson asked Haley whether she agreed with expert analyses of Vladimir Putin’s efforts to destabilize American institutions:

Dickerson: When you look at all the back and forth and the charges and the tweets that have been in the last few weeks, hasn’t he already succeeded in doing that?

Haley: None of my colleagues or ambassadors from other countries are talking about D.C. chatter.

First of all. Haley is dismissing congressional investigations, and even Trump’s tweets, as “chatter.” To some extent that’s true, but it can’t be the impression that Trump wants for his Twitter rants. So Dickerson took another swing at the question:

Haley: No one is talking to me about that.

So twice Haley insisted that no one is talking to her about one of the most disquieting acts of political subterfuge in history. That’s entirely believable. Why would any of her diplomatic colleagues talk to her about that? She’s a Trump minion who can be expected to align herself with his political interests. Trump has demonstrated that he has greater loyalty to Russia than to the U.S. He will never say a bad word about his pal Putin.

If there was collusion between Trump and Russia to defeat Hillary Clinton, it would be crazy to confide with Haley. Other diplomats are wise enough to know that you don’t get in bed with puppets of totalitarian regimes. Many European countries are dealing with similar attempts by Russia to interfere with their elections. Considering the circumstances, it’s understandable that they wouldn’t talk to an American who submits to such interference. Anything they say confidentially to Haley could find its way back to Putin and put them at even greater risk.

Haley also shares her boss’s reluctance to malign Vladimir. Dickerson brought up Putin’s denial that Russia interfered with the U.S. election. He asked Haley pointedly, “Did he lie?” That would be an easy question for most patriotic Americans. Instead, Haley mumbled weakly that “we’re all aware that Russia was involved in the elections.” But then she went on to say “I’m not going to talk about who is lying and who is not.” And Putin will surely appreciate that.

Several times in the segment Nikki Haley asserted that the U.S. would confront Russia when necessary. When Dickerson asked for an example, the only thing she could come up with were the sanctions due to Russia’s annexation of Crimea. Those, of course, were imposed during President Obama’s administration. And it was Trump’s disgraced ex-National Security Advisor, Michael Flynn, who sought to ease them in secret meetings. Furthermore, in an alarming admission of negligence, she told Dickerson that she has not even read the Countering Russian Hostilities Act currently before Congress.

The spectacle of watching the U.S. Ambassador to the U.N. admit that she is ignorant of issues critical to her mission would be troubling by itself. But when combined with her Trump-like attachment to Putin it becomes downright scary. And the fact that her U.N. colleagues aren’t talking to her about Russia shows their dire lack of respect. Even worse, it shows a wariness that could be dangerous.