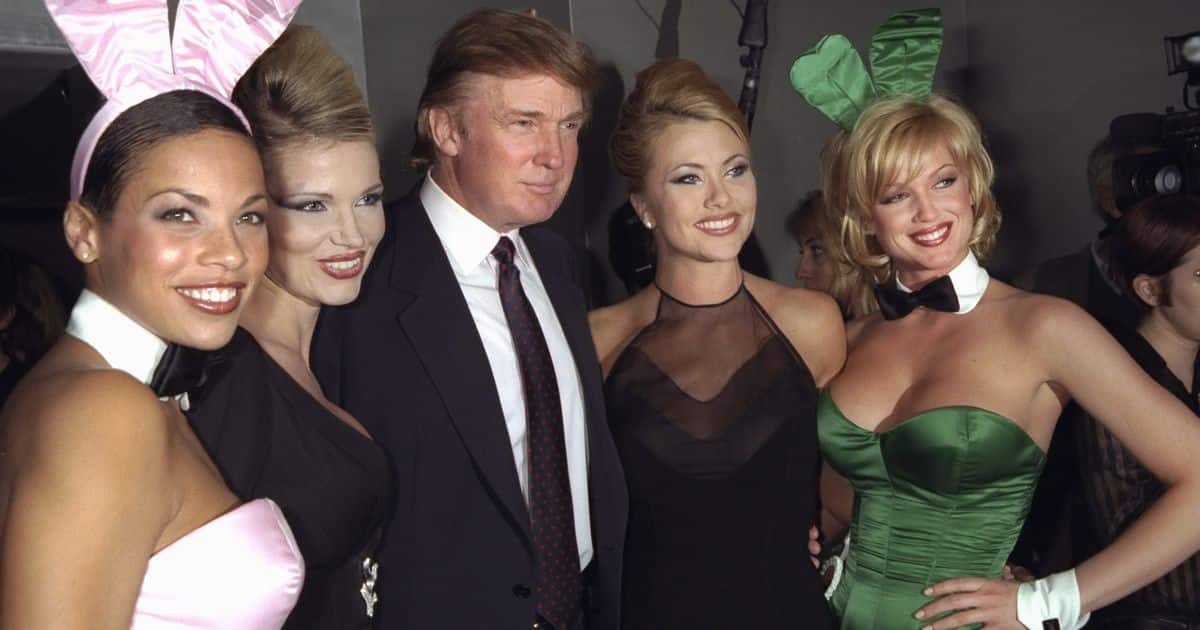 Michael Gross of The Daily Beast has just dropped another bombshellon Donald Trump.  This time revealing some of the shocking and creepy details of parties by the self proclaimed billionaire in the 90’s that he hosted for wealthy friends, high rollers and potential clients.

In this report, he cites two Trump pals, both reluctant to talk, however finally letting loose on some of the details of these parties hosted by Mr Trump, and they are disturbing to say the least.  After speaking at length with these attendees, Gross was able to come to this very shocking summary of what he discovered..

But both men also put Donald Trump in the room with cocaine, very young women and under age girls, and rich, old men there to—pardon my language, but if the Times can say pussy on its front page, I can say this—fuck them.

There are two men Mr. Gross gained further details from regarding Mr Trump’s parties at The Plaza.  Mr Trump owned this property at the time.  One is a fashion photographer who spoke on the condition of anonymity due to fear of legal retaliation.  He recounts attending parties with Pierre Michele, owner of Salons in both the Plaza and Trump Tower.  He recounts young girls lured with the promise..

“You’ll meet rich guys who will help you,” says the photographer. “It was networking, but on a weird, bizarre scale.”

He goes on to add the disturbing details of girls as young as 15, in situations no child of 15 should be exposed to.

The girls were as young as 15, he says, and “over their heads, they had no idea, and they ended up in situations. There were always dramas because the men threw money and drugs at them to keep them enticed. It’s based on power and dominating girls who can’t push back and can be discarded. There’s always someone to pick them back up. Nobody wants to call home and say ‘Help me.’”

“He’d wander off with a couple girls. I saw him. He was getting laid like crazy,” the photographer said. “Trump was at the heart of it. He loved the attention and in private, he was a total f—–g beast.”

It’s further corroborated by another attendee to these Trump hosted parties, by the name of Andy Lucchesi, who is a male model.  He was referred to as a frequent attendee by a modeling executive and as someone who “wrangled models” for Trump.  When asked if Trump had sex with party guests, Lucchesi responded:

“So, he’s a man with a woman,” Lucchesi says vaguely. How old were they? “A lot of girls, 14, look 24. That’s as juicy as I can get. I never asked how old they were; I just partook. I did partake in activities that would be controversial, too.”

The details coming to light about drug fueled sex parties with girls well below the legal age of consent hosted by Trump can only stand to complicate matters for the Republican nominee for president who has been accused of raping a girl when she was 13 years old.  Of special interest is the details of these parties with underage girls, seemingly corroborate the witness testimony of the time frame the alleged rape occurred.  See statement below from a new witness who has come forward to corroborate the story of the plaintiff in this case.

“In the 1994-95 school year, I was told by the plaintiff in Jane Doe v. Trump and Epstein (1:16-cv-04642, SDNY) that the plaintiff was subject to sexual contact by the Defendants at parties in New York City during the summer of 1994,” one of the witnesses said in a declaration.

The plaintiff alleges the rape occurred in the summer of 1994, and the events described by the two men revealing details of cocaine fueled sex parties with underage girls, are reported to have occurred during Trump’s ownership of The Plaza Hotel between 1988 and 1995 This can only go to bolster the allegations against Trump by not only corroborating the time frame, but most damning, the corroboration from multiple witnesses, the presence of underage girls within that exact time frame.  This particular story has been under reported in the media due to the highly inflammatory nature of the allegations, and that they are just that….allegations.  However as details begin to emerge, witnesses continue to come forward. These witness details of behaviors such as at these parties continue to line up against Trump, and as they do one could argue a clearer and quite disturbing narrative may begin to reveal itself.

The case has been ordered for a hearing by a federal judge in December. See details and pertinent documents here.  All we can do now is wait to see what further unfolds.  This may be a huge story in the days following the election, and perhaps voters need to keep that in mind.  Coupled with the Trump tape, where he brags about sexually assaulting women and getting away with it, and numerous women coming forward to confirm that confession, and revelations of cocaine fueled sex parties where underage girls were  present and sex was going on, it seems more and more evidence is lining up in the alleged child rape case that could be very damaging to Mr Trump.