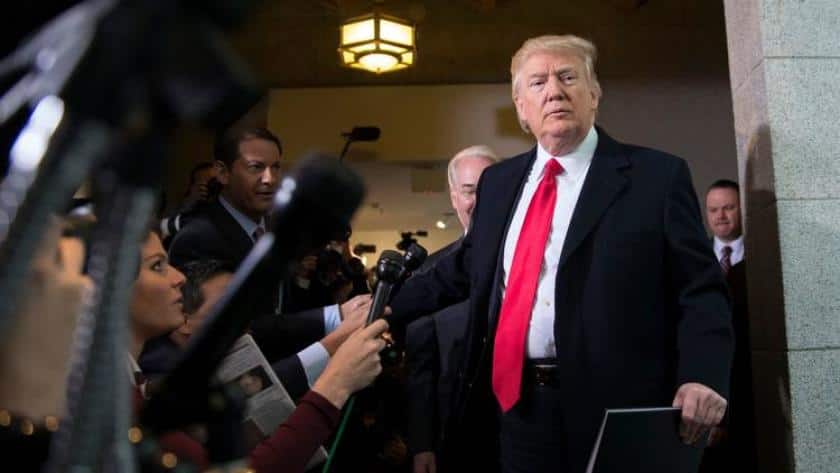 An environmental watchdog group has paired with a law professor to file a formal complaint against Donald Trump’s EPA Director Scott Pruitt. While there are multiple allegations that he perjured himself during his senate confirmation hearing, the complaint seeks clarification over whether or not he “was truthful”. If it is found that Pruitt was, in fact, lying to congress about his use of private email for official purposes as Oklahoma Attorney General, he could face suspension of his law license or even disbarment. This would add another layer of controversy to a man already viewed skeptically in many environmental circles.

The Center for Biological Diversity — based in Tucson, Arizona — has teamed with University of Oklahoma Law Professor Kristen van de Biezenbos to petition the Oklahoma Bar Association to investigate whether or not Pruitt lied to Congress. According to the center’s press release:

Today’s complaint asserts that Pruitt violated Oklahoma’s rules of professional conduct when he told Senator Sheldon Whitehouse during his confirmation hearing that he did not use a personal “me.com” email address for official state business while attorney general of Oklahoma. Records released in the course of an Oklahoma public records lawsuit show that Pruitt received at least one email message, and possibly more, at a “me.com” email address. Additional records are still being reviewed by Oklahoma courts for possible public release.

KOKH was the first to report last month that Pruitt was potentially using private email to conduct state business. A week later, the Oklahoma Attorney General’s Office confirmed as much. And while the network notes that  it’s “not illegal to use a private email account for state business, as long as those records are included in searches for public documents”:

(T)he revelation is in direct conflict with Pruitt’s written and oral testimony before the Senate Environment and Public Works (EPW) Committee during the confirmation process. Pruitt, who is now the administrator of the Environmental Protetion Agency, told lawmakers he had never used private email for state business.

What Could This Mean For Pruitt?

When contacted by Reverb Press,  van de Biezenbos noted the confidentiality of the precise details and directed any questions about potential discipline to the Oklahoma Bar Association Office of General Counsel. Their mission statement, however, notes:

Lawyers who are found guilty of serious misconduct, such as theft of client funds, may be suspended or disbarred from practicing law.

When asked why she, along with the Center for Biological Diversity decided to file the complaint, van de Biezenbos told me that Pruitt should be held to the same standard as any practicing Oklahoma attorney:

The CBO and I decided to file the complaint because dishonesty before a Senate panel is a serious breach of Mr. Pruitt’s ethical obligations as a member of the legal profession and the Oklahoma Bar Association. Further, honesty is something that we all, as Americans, expect and deserve from our elected and appointed government officials.

Thus, we are asking the Oklahoma Bar Association’s Office of General Counsel to conduct an investigation into whether or not Mr. Pruitt failed to answer questions about use of his personal email address for official Oklahoma state business and, if he did so, to take whatever steps it deems appropriate to discipline him. This is the same procedure that any Oklahoma attorney who may have committed an ethical violation would also have to face.

When asked if he was attempting to hide anything with the use of a “dot-me” domain, she likewise referenced how it wasn’t illegal and questioned what the motivations were:

I don’t know why Mr. Pruitt didn’t admit to using his personal email for official Oklahoma business when questioned during his confirmation hearing. It isn’t illegal to do so under Oklahoma law, so it’s not clear why Mr. Pruitt didn’t simply admit to it. Our current complaint is only about seeking a determination of whether or not Mr. Pruitt was truthful with respect to the use of his personal email address in the first place, although if he wasn’t truthful, it does raise worrisome questions about why not.

The formal complaint is only the first step in the process and nothing should be considered imminent. But for an administration in its infancy and already clouded by criminal investigations, another inquiry further reduces the pledge to “Drain the Swamp” to the sickest joke in the history of presidential campaigns.