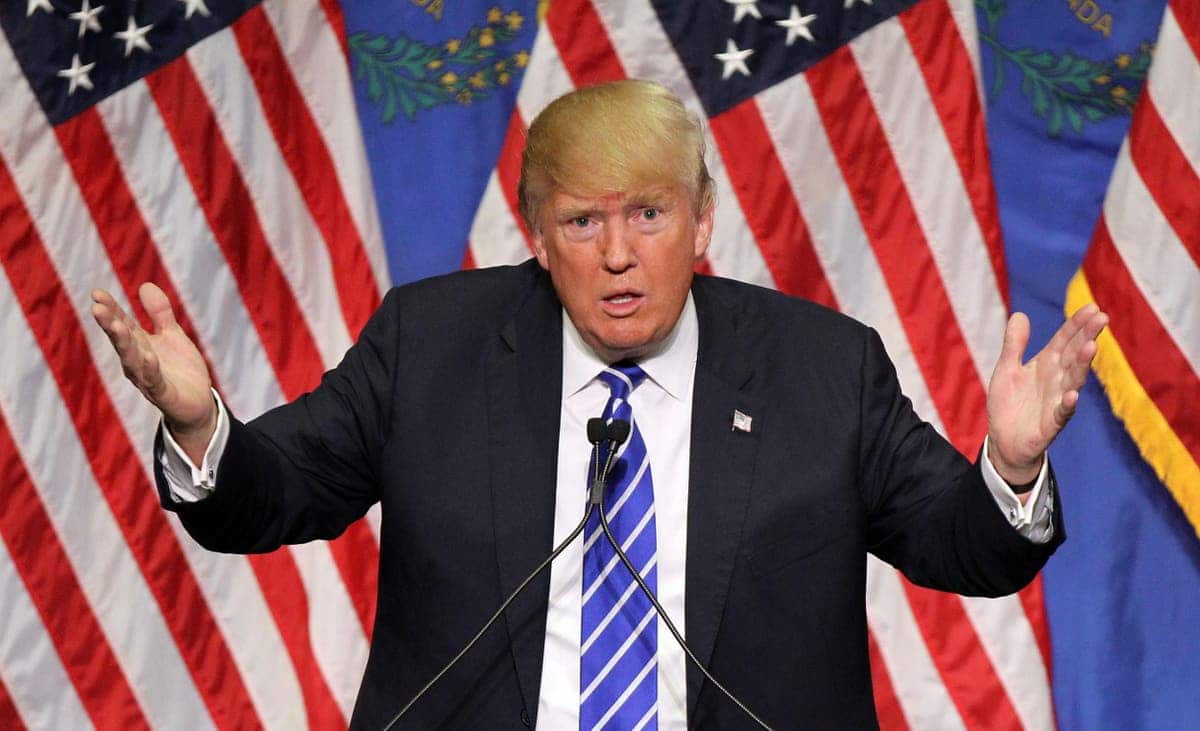 The Case Everyone Knows About But Hears Little Of

It’s something anyone who is on social media has heard about.  It’s something that seems like it should be covered but hasn’t been.  It’s the child rape civil suit against Donald Trump. There’s a hearing set in December. Read about it here if you want to see the details and pertinent filings and documents.

So why haven’t we heard anything in the mainstream media about it?  They are just allegations, so maybe that’s why they’ve remained out of the spotlight?  Perhaps because media outlets fear legal action from an army of Trump lawyers?  Perhaps. But here’s the thing—Donald Trump is running for President of The United States of America. The accuser has produced witnesses, and investigative journalists are uncovering information, that is piling up to not only corroborate key details in what Trump’s accuser has described, but evidence beyond that. Reports, dealings and associations are painting an even more disturbing picture, that by it’s very nature, requires people of good conscience to look in to, and especially of someone who is running for president.

The Trump Tapes Changed The Game

We had heard grumblings about the child rape case brought against Trump awhile back. Maybe it seemed believable that someone might invent a story to get paid. Rich men are often the target of dishonest people. Happens all the time. In America you are also innocent until proven guilty. Trump had a litany of charges of sexual harassment, and even a retracted revelation from his ex-wife Ivana, claiming that Trump had raped her.  Up until October 7th, any of these allegations might have just seemed unsubstantiated. Maybe even seemingly, taken on an individual basis, they had no clear evidence of having been rooted in fact.  All of that changed on October 7th, 2016, the day the infamous Access Hollywood tape was revealed.  This was the game changer.  That was the day that Donald Trump was caught on a hot mic describing, in his own words,  his own actions.  The actions he described are irrefutably, SEXUAL ASSAULT.  In HIS OWN WORDS, he very plainly stated that the behaviors he described were his own.  It was in that moment, the world heard Donald Trump confess to his own behavior. It was at that moment the world learned that Donald Trump said he sexually assaults women.

Trump is recorded saying “I better use some Tic Tacs, just in case I start kissing her. You know I’m automatically attracted to beautiful—I just start kissing them. It’s like a magnet. Just kiss. I don’t even wait. And when you’re a star, they let you do it. You can do anything.”

“Whatever you want,” Bush says.

“Grab ’em by the pussy, you can do anything,” Trump replies

Shortly after the second presidential debate, where Trump looked America in the eye and said he had never sexually assaulted a woman, women began to come forward to confirm what he said in 2005 was the truth and he had lied to the voters.  Here’s a great list of them so far… From NY Mag.

In a recently published story by The Daily Beast, Michael Gross reported on details of Trump’s parties where two attendees tell of cocaine, rich high roller types, sex and young models, some as young as 15.  You can read the entire stories of these two attendees here.  What’s clear from this recounting and very pertinent to the upcoming child rape civil suit are a few details that go to bolster the claims made by Trump’s accuser.

The first claim in the suit bolstered by this story is the time frame.  The claim in the civil suit states the alleged rape happened in summer of 1994.  In the article by The Daily Beast, and in another article by New York Daily News the time frame of the events they describe are during the time Trump owned The Plaza, and that is between 1988 & 1995.  The second detail in these testimonies that bolsters the claims in the suit is the presence of very young models.  Some as young as 15.  Another witness said 14.  Both very plainly relay as fact, that they KNEW there were underage ‘models’, there was cocaine and a lot of sex.  One of the men who attended the party not only stated he knew Donald Trump was having sex at these parties, but went so far as to say:

“He’d wander off with a couple girls. I saw him. He was getting laid like crazy,” the photographer said. “Trump was at the heart of it. He loved the attention and in private, he was a total f—ing beast.”

So we have established, very young and underage girls, being present at the behest of Donald Trump.  We have testimony that these parties were thrown by Trump, for the benefit of his rich friends, within the same time frame Trump’s accuser alleges she was raped.  We have the testimonial of BOTH of the men in the The Daily Beast  & NY Daily News  articles that Trump WAS having sex at these parties as were the other men who attended.  Another detail that was also revealed was that there were drugs, specifically cocaine and expensive booze.

It’s very obvious to see the pattern where the sexual assaults are concerned.  Testimonies, and claims from many different women with different backgrounds describing very similar experiences, and all at the hands of Donald Trump.  These patterns would have been dismissed or at least ignored had it not been for that 2005 Access Hollywood tape.  Since the tape, these details add up to exactly what Donald confessed to doing.  Keeping that confession in mind, we turn to the child rape allegation.  There are details in the complaint that are backed up by the testimonials of men who attended coke fueled sex parties with underage girls, and they further testify Trump was having sex.  here seems to be a pattern of underage girl weirdness with Trump, so naturally one might imagine, especially for or during a trial, it might be wise to look for other things that point to or explain the focus on young  models.    What I found, is the beginning of a journey down a rabbit hole.  It’s dark, complicated, and if Trump were to be elected the president of this nation, it would shame the American people and forever stain the presidency of the United States.

I’m not going to get you into the weeds, by going in to the details of where my search led me.  Let’s just say when you start putting together details of associations Trump has had, accompany that with the patterns of behavior exhibited by those KNOWN associates, coupled with what we ALREADY KNOW  and a very clear image begins to appear.  In my investigation  I came across a research article that had been getting a lot of attention and circulation on the internet, and inquiries from the press. As I began to read this research journal, I also checked out the very meticulously cited source data.  It became very clear to me quite quickly, that this was a rabbit hole of epic proportion.  It’s a meticulous accounting of Trump’s involvement in the modeling and pageant industry.  His associations with men notorious for their involvements with, and abuse of,  underage girls/models, and Trump’s use of undocumented young girls who worked illegally on tourist visas who were basically indentured servants.  In fact the story of Trump illegally using young girls here on tourist visas was broken by Mother Jones earlier this year, however seems to have gotten lost in the litany of Trump bluster. Check that story out here.   If you’re interested in going further, I’m going to encourage you to have a look at the research of Rebecca Mesle and you can find part 1 of her research HERE.   This stuff is going to come out into the light as the civil rape case against Trump goes to court in December.  The reader will be left to decide the implications, and what it might mean should Trump, by some miracle, become president. What it definitely shines a light on, are disturbing details within the Trump Modeling Agency and the practices of known Trump associates within the industry.  Not something a nation could be proud of in a would be president.