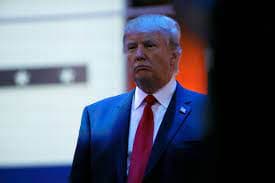 Twitter Trolls The Republican Debate, And Wins The Internet

Fox New’s Megyn Kelly is “fired up” for the first Republican debate of the primary season:

“‘It’s adrenaline. It’s excitement about the unknown,’ she says. ‘You want to be respectful toward the candidates and the process. You have to give it your all. You have to go in there prepared to really bring it. It’s an interesting, very charged process. . . I’m not a partisan person. Our news division is truly fair and balanced,’ says Kelly, host of Fox News’ 9 p.m. news analysis show The Kelly File. ‘I’ve voted for Democrats and Republicans. I don’t care about either of these parties. I care about America. I care about my audience. I care about liars. I just find it interesting from a sociological perspective.’”

Right. Happily, the Twittersphere is “fired up” as well, and they have some helpful suggestions for Kelly. #megynkellydebatequestions is currently trending on Twitter, and the Internet has, once more, outdone itself. It all started with this:

#MegynKellyDebateQuestions: “Candidates, how white was Jesus?” ^ | | BTW, this needs to be a hashtag… Go!

And things went from there. Questions ranged from hunting:

#megynkellydebatequestions If God were here now, which gun would he recommend for shooting lions, immigrants, women and the poor? — Tim McGuire (@mcguire_timothy) August 5, 2015

To flat out bizarre:

#MegynKellyDebateQuestions Illegal aliens from mexico invaded Roswell in the 1940’s, do they still occupy Area 51? How will you handle this? — JoeyTUSMC (@JoeyTusmc) August 4, 2015

#MegynKellyDebateQuestions After Obama faked his birth certificate he killed 4 Americans in Benghazi. Did Hillary know about his plan?

Climate change and poverty made an appearance:

You feel how cold it is in this studio. Is global warming really a bad thing? #MegynKellyDebateQuestions — Crutnacker (@Crutnacker) August 4, 2015

Some people are saying it’s easier to fight the impoverished than fight poverty. Would you agree? #MegynKellyDebateQuestions — Zach Minute (@NerdHockeyFun) August 5, 2015

As did police brutality:

When looking at the rash of police brutality caught on video, are you concerned there are just too many cameras? #MegynKellyDebateQuestions — Crutnacker (@Crutnacker) August 5, 2015

Some suggestions were more tasteful than others:

Every Republican’s favorite washed up musician, Ted Nugent, got a shout out:

Donald Trump, inevitably, proved to be a favorite target:

#MegynKellyDebateQuestions Cite in the Bible where Jesus is heterosexual.

#MegynKellyDebateQuestions You support “smaller government,” but do you mean for ALL Americans, or only those with penises?

Once again, it has been clearly demonstrated that Twitter is a very dangerous place for Republicans. That said, I’d pay good money to see the candidates have to answer a few of these. Hey, a guy can dream, right?

Want to join in the fun? Here you go. Don’t forget to comment here if you say something particularly clever.