Texas GOP: Refugees Not Welcome Because Any Idiot Can Get A Gun There (VIDEO) 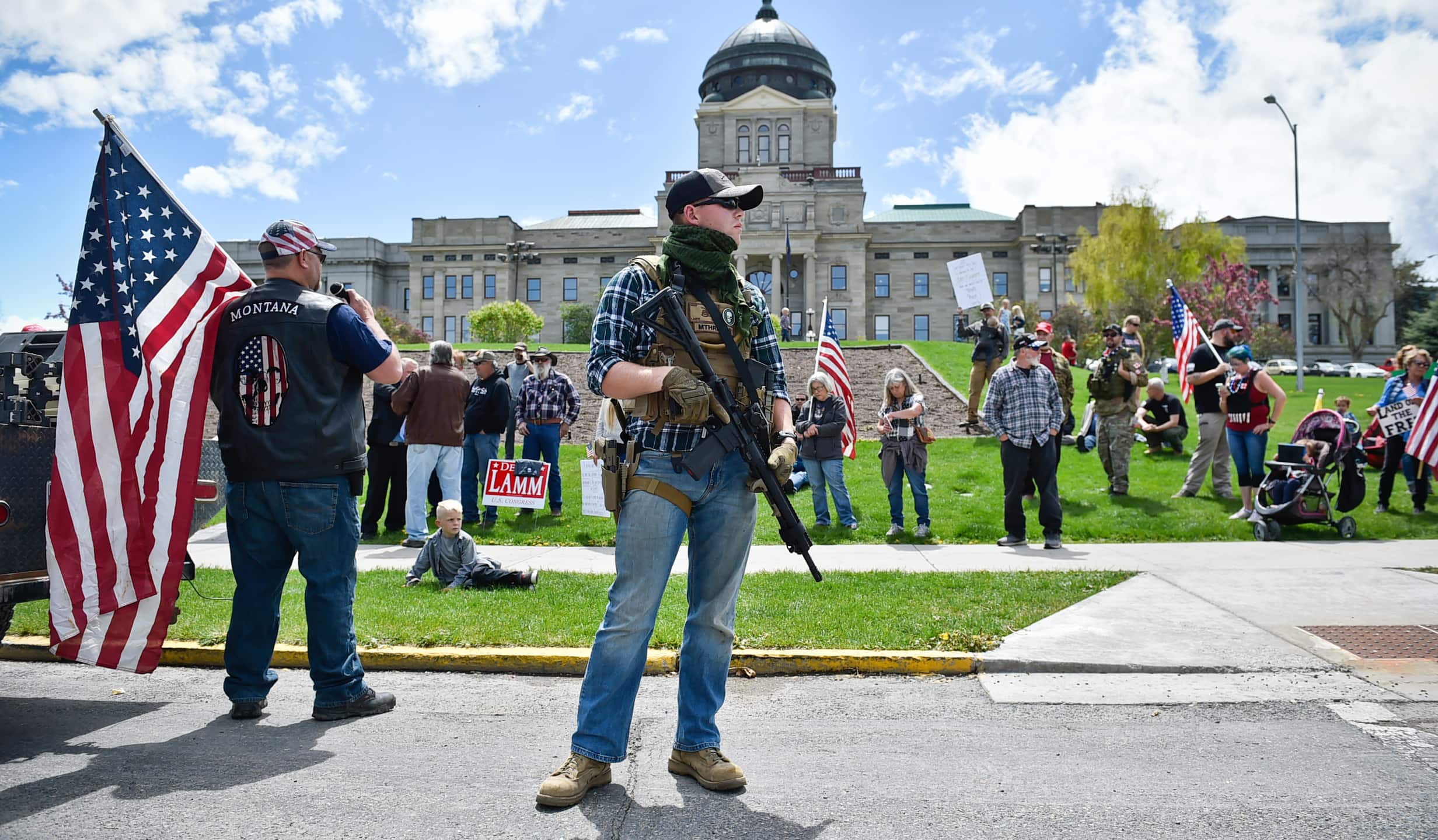 Nov. 16, 2015 — Sitting outside the Governor’s mansion, with the French flag draped over a balcony railing like a spring break beach towel, Governor Greg Abbott held a photo op cloaked in a ceremony, complete with the requisite moment of silence to honor the victims of the Paris attacks. When the formalities were over, Abbott took the opportunity to explain to the press exactly why he has sent a letter to President Obama. The letter was to inform the Commander in Chief that Texas will not be accepting any Syrian refugees should the Federal government have any bright ideas about relocating them in the state. Nip that in the bud.

Abbott’s main reason for bolting the door on the Texas border? It’s too difficult to tell the good-guy Syrians from the bad-guy terrorist Syrians. He did this with a straight face and not an iota of irony.

“They do not have the capability to distinguish between those refugees who can pose as terrorist, and those who may be innocent, and until the United States develops that capability it is essential that we do first things first, and that is and that is to keep the people of the state of Texas safe.”

Okay, that sounds vaguely familiar, but not coming from Abbott’s mouth…

So next up is Rep. Tony Dale (R-Cedar Park). Dale is standing behind Gov. Abbott in his decision of pulling up the drawbridge. Dale agrees with the governor about the whole “not knowing who is a terrorist thing”,  but takes it a step further.

Dale’s reasoning to keep out refugees? It would be too easy for them to get their hands on guns, blaming current Texas laws for being so lax. You see, it isn’t only white Texas patriots who can easily obtain a firearm in less time than it takes to watch an episode of Walker: Texas Ranger. Theoretically, a scary terrorist refugee could saunter into any gun store and have an AR-15 in his hands in less than an hour.  So now they’re afraid.

What they don’t seem to realize is this and similar scenarios (terrorists buys a gun, mentally ill person buys a gun, freaked-out conspiracy theorist buys a gun, gang member buys a gun, drug addict buys a gun) could have taken place at any time, for years prior to the latest act of terror/excuse to hate more brown people.

This moronic outrage by Representative Dale is taking place in the very state where every Bubba, Dick, and Jim Bob can carry an assault weapon to the grocery store. Where the only way to stop a bad guy with a gun is a good guy with a gun. Where the answer to every question conceivable is MORE GUNS! Where some of these guys buy guns for their guns. (I don’t know that for sure, but I wouldn’t doubt it, they love them so much.)  Their only hope is GUNS.

In Texas, where the lawmakers — owned lock, stock, and barrel by the NRA, or simply possessed with a special kind of stupid only cultivated down there — passed all this legislation in the wake of the Newtown Massacre and because of the always imminent threat of the black guy in the White House coming for their guns.

Calling it a “security gap,” Dale explained that under federal law, a refugee is granted “special privileges” allowing them to get a drivers license to find work easier, which he believes would allow them to engage in terrorist activities.

“So they could get a job in the airport, for example and they could plant something on a plane like we saw in the Sinai Peninsula recently when the Russian airline was taken down, they could board a plane legally in the United States.”

Perhaps Dale is just now getting a grasp on the gravity of Texas gun laws. To purchase a weapon in Texas, there is no waiting period and no registration or permit required.  A resident need only show a state-issued ID. No background checks. Concealed carry, open carry, and stand your ground. All part of the new “guns everywhere” American society. Looks like forethought is not too plentiful in the Texas legislature.

Furthermore, Rep. Dale is requesting the Texas Speaker of the House, Joe Straus, to hold immediate hearings to close what he considers to be a Refugee Drivers License loophole (Is that anything like the gun show loop hole?). The main issue, the federal resettlement program, may have to be addressed on the federal level. Texas Congressman Michael McCaul is among those urging the resettlement program to stop.

‘I think it would be highly irresponsible to bring in 10,000 Syrian refugees at this point in time. I’ve called upon the president to suspend this program.”

Perhaps it would be the most compassionate and responsible thing to not relocate refugees in Texas. Those poor people have suffered enough.