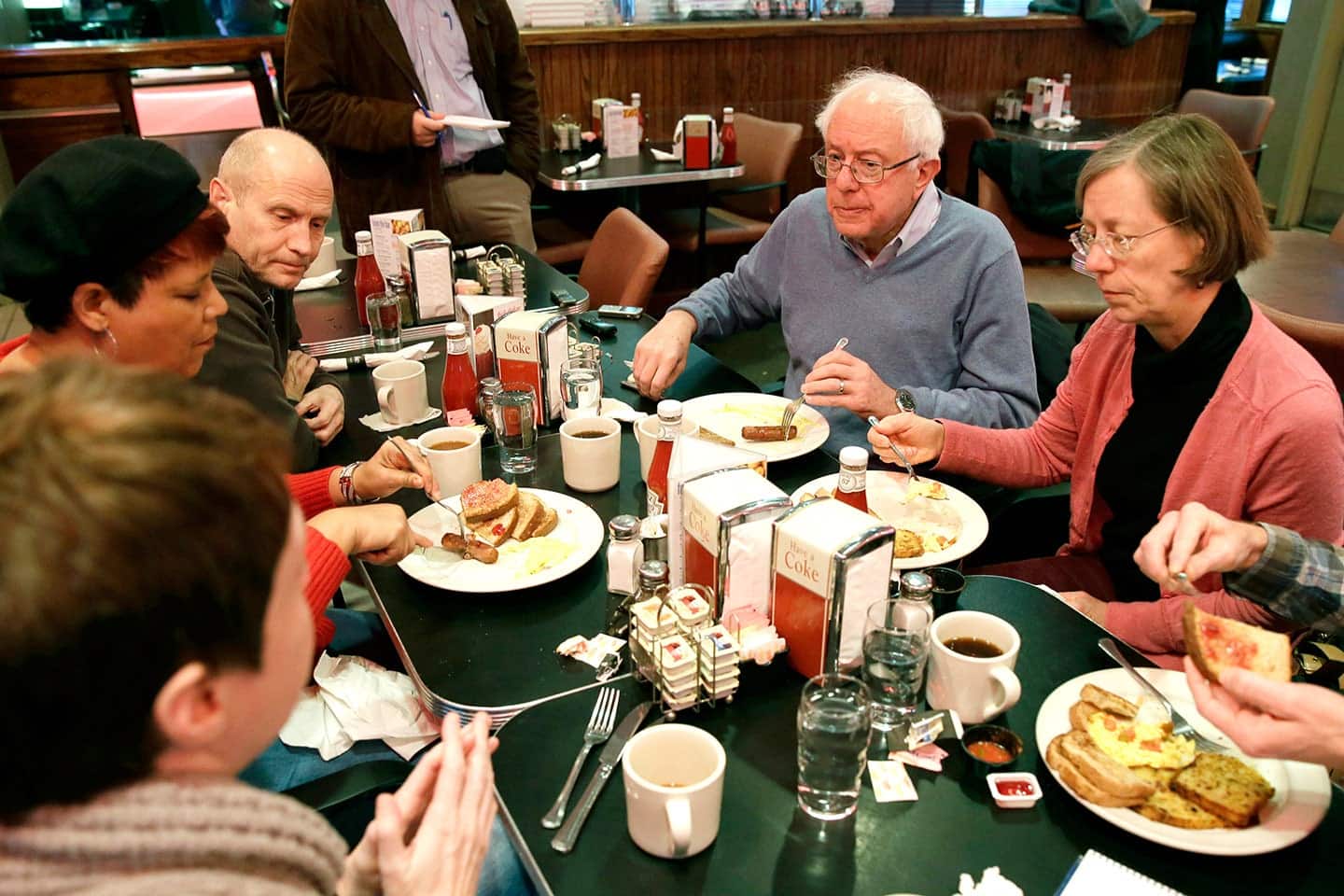 If you support Bernie Sanders, this comical endorsement from The Belmar Pub & Grill in Binghamton, New York is going to slap a big, greasy smile on your face. And if you support Hillary Clinton, hopefully you can still see the humor in the upstate NY eatery’s gag.

Last week, The Belmar introduced two new burgers to their menu, one in honor of Bernie Sanders, and the other “in honor,” so to speak, of Hillary Clinton. One of the burgers looks pretty delicious, and will definitely leave you feeling the Bern. The other? Well, it’s a sandwich. We can’t really describe it much differently than that.

Of course, if you aren’t a fan of bacon (we’re just going to pretend there’s nothing wrong with you), or if you simply don’t want to offer Bernie Sanders even your tastebuds’ support, you could always opt for the Hillary Special: a hard roll packed with one full pound of generic, machine-processed bologna, costing $14 — literally twice as much — and served without any toppings or sides. Belmar proprietor Ed Hickey summed up The Hillary by describing it as “a burger as tasteless and full of baloney as the candidate herself.”

Ted Cruz also made a stop through the city, but unfortunately, no one thought to make a “Zodiac Hotdog” with the smallest wiener any business could sell with a straight face. What a huge missed opportunity!