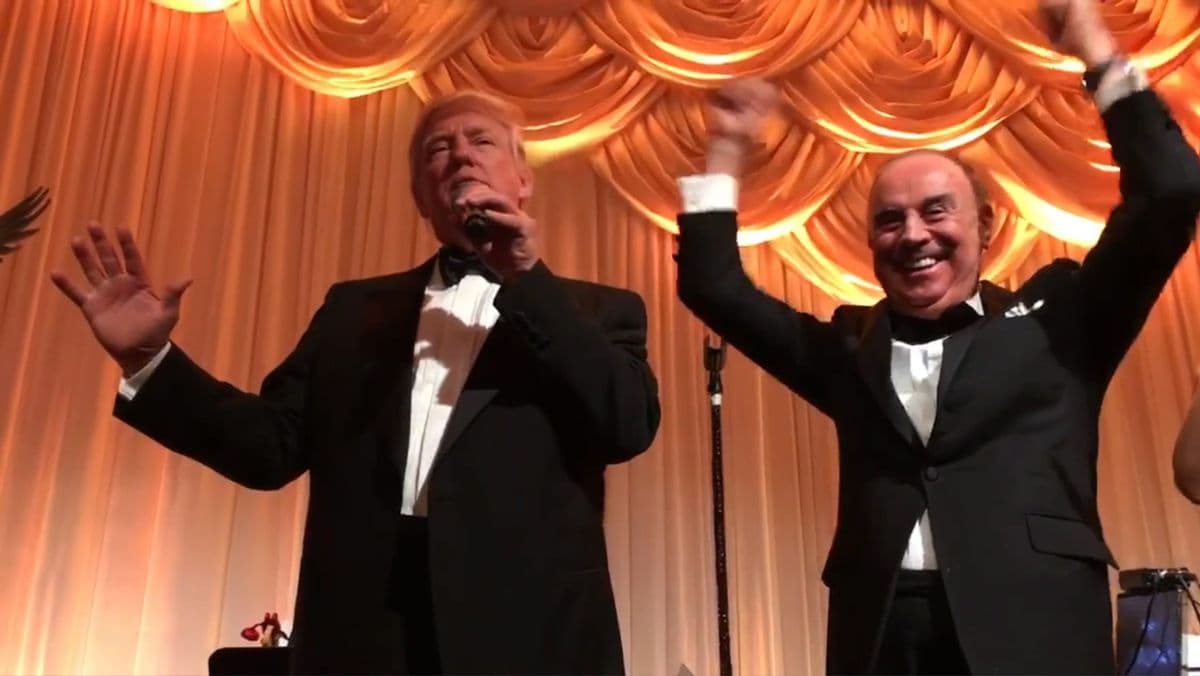 Serial liar and GOP Nominee Donald Trump has a propensity for denying facts in the face of overwhelming evidence. Not paying taxes. Disrespecting Women. Opposing the Iraq War. Holding clearly racist beliefs. Being Pro-Choice. Having an obvious relationship with Vladimir Putin. Courting white supremacists. Having a miserable business record. Now thanks to a newly discovered video by Yahoo! News, you can add another brick in the wall of lies: that he doesn’t remember his relationship with Gambino crime family associate Robert LiButti. As Yahoo’s Chief Investigative Correspondent Michael Isikoff notes, it wasn’t a coincidence that the men were together:

The reputed mob figure, Robert LiButti, can be seen standing alongside Trump in the front row of a 1988 “WrestleMania” match in Atlantic City, N.J. LiButti wasn’t there by accident, according to his daughter, Edith Creamer, who also attended the event. “We were his guests,” she told Yahoo News in a text message this week.

Allegations of Trump’s relationship with LiButti — who was convicted of tax fraud in 1994 — stem from a six-figure fine levied on Trump for catering to the criminal’s racist desires:

At the time, New Jersey state regulators had launched an investigation into allegations by nine employees of one of Trump’s Atlantic City casinos, the Trump Plaza, that the hotel had repeatedly removed African-Americans and women from craps tables after LiButti, one of the highest-rolling gamblers in the city’s history, loudly complained about their presence when he was playing.

The probe resulted in a $200,000 fine against the Trump Plaza by the New Jersey Casino Control Commission for violating state anti-discrimination laws. Investigators found that LiButti had, on multiple occasions, berated blacks and women using what one state official described as the “vilest” language — including racist slurs and references to women in obscene terms — and that the Trump Plaza, in order not to lose his substantial business, sought to accommodate him by keeping the employees away from his betting tables, according to commission documents recently obtained by Yahoo News under the New Jersey Open Public Records Act.

Any other candidate would likely be dead in the water for that incident alone. Demeaning staff over the color of their skin? That would have pronounced any other Republican campaign Dead On Arrival. But with Trump, it’s just another day at the gold-plated office. Against any other nominee, this would be the so-called smoking gun. With this tangerine-hued menace, however, it’s just added to the smoking infantry.

In a sense, Trump is the worst possible candidate to wage a campaign against for one simple reason: there’s literally too much dirt on him. How do you make a concise argument against such a flawed nominee? There aren’t enough days in a week, let alone hours in a day to summarize how amazingly unfit for office this man is. Yet discoveries like Isikoff’s do their part to fuel the narrative: this guy is not who you think he is.

Many Americans have already come to that rather easy realization on their own. We have less than a week to see if “many” is truly “most”.