Not Sold On Clinton? 3 Reasons I’m Not Voting For Hillary 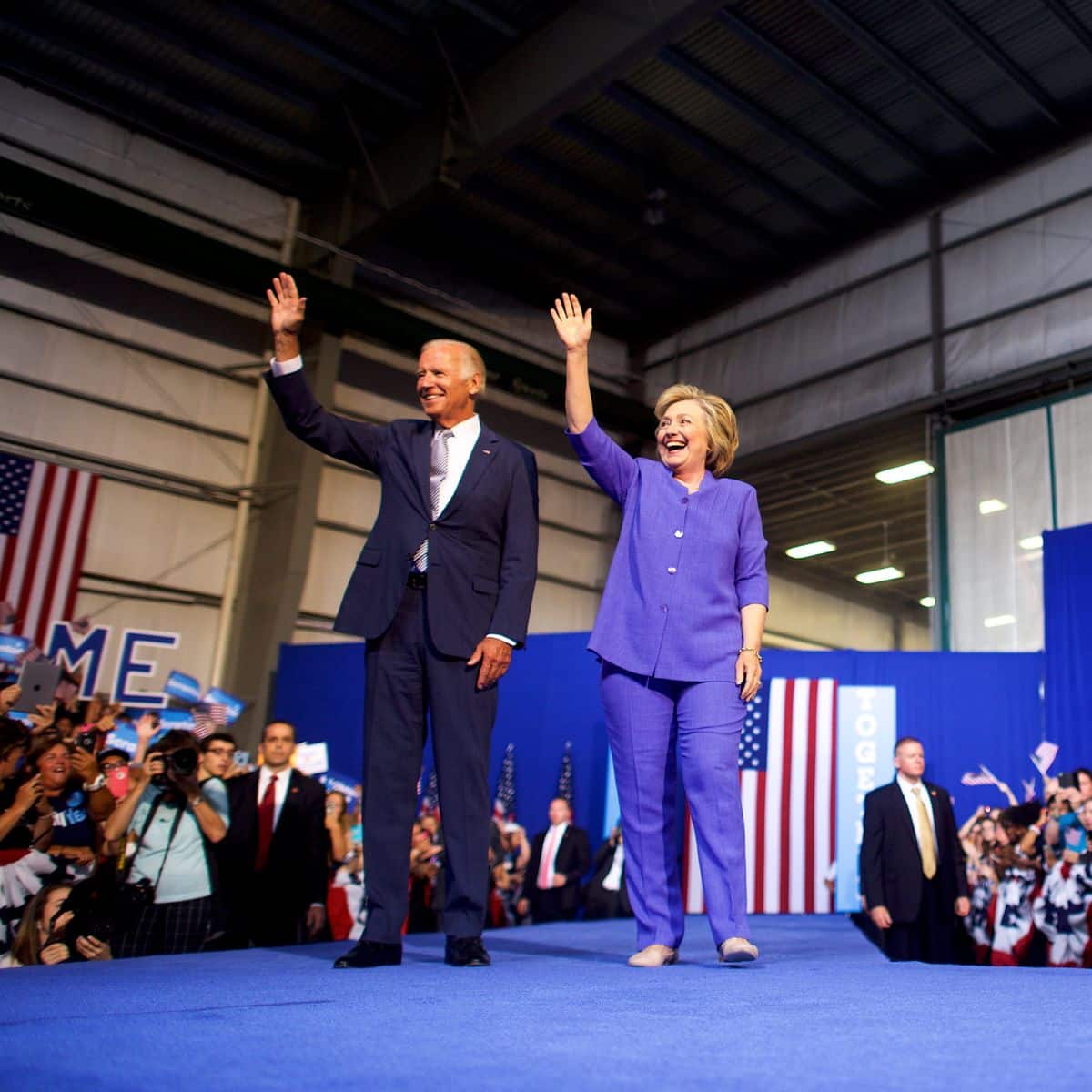 To anyone who follows Reverb Press, it is no secret that most of our writers are voting for Bernie Sanders. Conversely, there is not a huge amount of love for Hillary Clinton on our staff. One exception is my colleague Curtis F, who has penned numerous pieces supporting Clinton and criticizing Sanders. His recent piece was no exception: Not Feeling the Bern? 3 Reasons I’m Not Voting Bernie Sanders. And, while I respectfully disagree with his arguments, I appreciate his focus on the issues, something that is far too often missing in the Clinton vs. Sanders arguments, and I think he produced a fine piece of writing. But with that said, I need to get a few things off my chest.

There Is No Sense In An Argument Without A Counter-Argument, So Here Are 3 Reasons Why I’m Not Voting For Hillary Clinton.

I’ll start by taking a number of things off of the table, because I don’t find them to be valid arguments against Clinton’s candidacy. I’m not going to criticize her for the conventional narrative that she is “out of touch” or “distant.” The conventional narrative is as much as media construct as it is anything else, and it isn’t a reason for voting against Clinton. I am not going to criticize the fact that her campaign, as it was in 2008, isn’t the nimblest of things. Now, as in 2008, the Clinton campaign has struggled to respond to attacks. That, too, is not a valid reason for voting against her. Barack Obama ran a hell of a campaign in 2008, and I’ve found him to be, as a president, disappointing more often than not. I am not going to criticize Clinton for actions taken by her husband during his presidency. Bill Clinton was president, not Hillary Clinton, and she should not be responsible for his actions. Lastly, I’m not going to criticize Clinton for her increasingly harsh and, in some cases, frankly misleading, attacks on Bernie Sanders in recent weeks. This is politics. It’s a contact sport. A nasty campaign doesn’t disqualify one from holding office.

That aside, here are three reasons why I cannot bring myself to cast a vote for Clinton.

Though the passage of the Trans-Pacific Partnership is by no means assured, since the Congressional debate will be occurring in the shadow of national elections, if it does pass, it will be perhaps President Barack Obama’s most shameful legacy. The fact that he was able to ram the fast track Trade Promotional Authority, a necessary prerequisite to the passage of TPP, through Congress only by allying himself with Congressional Republicans should give you a bit of a clue that the deal may not be the most awesome thing ever. It is likely to result in lost jobs and lower wages. It does fuck all to protect the environment. And its redefinition of intellectual property is going to increase drug costs in developing nations, which will, quite literally, kill people. Supporting TPP is unforgivable.

Hillary Clinton’s past support of TPP is unforgivable: That’s one reason why I won’t be voting for her.

But wait, you say. Clinton is against TPP. Surely I can’t hold TPP, of all things, against her. Well, yes and no. True, back in October, Clinton came out against TPP, and everyone made it out to be a huge deal. At the time, I confess I was skeptical. It struck me as a way to coopt the position of Sanders on the left, and to distinguish her candidacy from the then possibility of a Joe Biden run. The famous list of 45 times that Clinton spoke in favor of TPP before she abruptly changed her mind certainly makes her opposition seem more political than principled. And there is the simple fact that Clinton’s State Department was heavily involved in the initial negotiations on TPP to take into consideration.

All of those facts are telling, but one thing that truly troubles me about Clinton and the TPP is her troubling silence on the issue since last October. Great. She opposes the deal. But has she used the platform of her campaign to speak out against it? No. If Clinton truly opposes TPP, her presidential run is the perfect venue from which to argue against it, to bring its numerous flaws to the attention of her followers, to perhaps change a few votes in Congress. She has done none of that. Her inaction on this issue is unforgivable. That does not bode well, especially given that a similar trade pact, the Transatlantic Trade and Investment Partnership, will be hammered out under the next administration.

The Glass-Steagall Act of 1933 created a firewall between commercial and investment banking. It was enacted at least partially in reaction the the disastrous stock market crash of 1929 and the excesses that preceded it. It stood for 66 years, until then-President Bill Clinton signed the Gramm–Leach–Bliley Act, which effectively gutted it. And the end result of that was the financial catastrophe of 2008:

“It was Glass-Steagall that prevented the banks from using insured depositories to underwrite private securities and dump them on their own customers. This ability along with financing provided to all the other players was what kept the bubble-machine going for so long.”

Given that we are, arguably, still in recovery from the disaster of 2008, it would seem that reinstating Glass-Steagall would be a no-brainer. But Hillary Clinton has consistently stated that this is not an action she will pursue. Instead of reimposing the firewall between commercial and investment banking, Clinton favors a gentler approach:

“To start, I will propose a new fee on risk that would discourage the type of excessive leverage and short-term borrowing that could spark another crisis. We should also strengthen and enforce the Volcker Rule so banks can’t make risky and speculative trading bets with taxpayer-backed money. And if a bank suffers losses that threaten its overall financial health, senior managers should lose some or all of their bonus compensation. That will ensure that financial executives have skin in the game and a real incentive to avoid reckless risk-taking.”

And yes, to be sure, that is something. But it is not enough. New fees on risk can be easily absorbed by the bloated behemoths of our banking system. Financial disincentives have far less bite to them than actual regulations. It’s nice that Clinton is proposing something, but given the magnitude of the risk involved, her proposals are far too mild and far too unlikely to prevent a repeat of 2008.

3. Iraq, And The Lessons Not Learned.

And here’s the big one: Iraq. In 2002, Hillary Clinton voted to authorize President George W. Bush to use force in Iraq. She has repeatedly said that voting to invade Iraq was a mistake(something that, I should mention, was thumpingly obvious to many of us who were paying attention in the run up to the war). Good for her. It was a huge mistake, and it is to Clinton’s credit that she acknowledges it. The problem is, it doesn’t seem that she has learned from this mistake. The Iraq War was a unmitigated failure, not because of the conduct of the war, but because of its aftermath. The United States was entirely unprepared to deal with the task of reconstructing a country in which disparate factions had been held together by the rule of a bloodthirsty dictator. Saddam Hussein was, objectively, a terrible person. But the removal of his rule of strength and terror created a power vacuum that is, to this day, the scene of a bloody conflict.

Hillary Clinton’s support for George W. Bush’s war in Iraq, and the plain fact that she has learned nothing from the consequences of that vote, is the main reason why I’m not voting for her.

The harsh reality is that one simply cannot remove a nation’s dictator and expect democracy to bloom like a thousand flowers. There are some cases in which a totalitarian regime has, without undue bloodshed, transitioned to something like a democracy. Many nations of Eastern Europe, in the wake of the fall of the Berlin Wall, provide fine examples of this. But the nations where the transition to democracy was relatively painless were characterized by one thing: relative homogeneity. In Yugoslavia, where disparate ethnic groups were held together by sheer force of will, the removal of that force resulted in warfare and genocide.

As in Yugoslavia, so in Iraq. And, despite the lessons of Iraq, so in Libya. The overthrow of  Muammar Qaddafi, another, terrible person, happened as a direct result of policies pushed by Clinton’s State Department. And, just as in Iraq, the removal of a dictator resulted in chaos. And now there is Syria, a seething stew of factions and atrocities. Hillary Clinton has called for a no-fly zone over the region, an act that goes against not only the regime of Bashir al-Assad (yes, another terrible person), but also his Russian allies. Once again, Clinton has chosen a policy intended to remove a strongman without thought for the aftermath. I’m very glad that Clinton now regrets her vote on the Iraq War. But the plain fact that she has learned nothing from the consequences of this vote is the strongest, and final, reason why I cannot support her.

So There You Go.

While my colleague Curtis F. has principled and well-argued reasons for why he cannot support Bernie Sanders, I find myself in the opposite corner. When it comes to actual issues, cogent arguments can be made on both sides. Let’s keep having those arguments, and stop yelling about intangibles like image and electability and campaign tactics. We’re all, more or less, on the same side, so these arguments can only strengthen the overall cause.