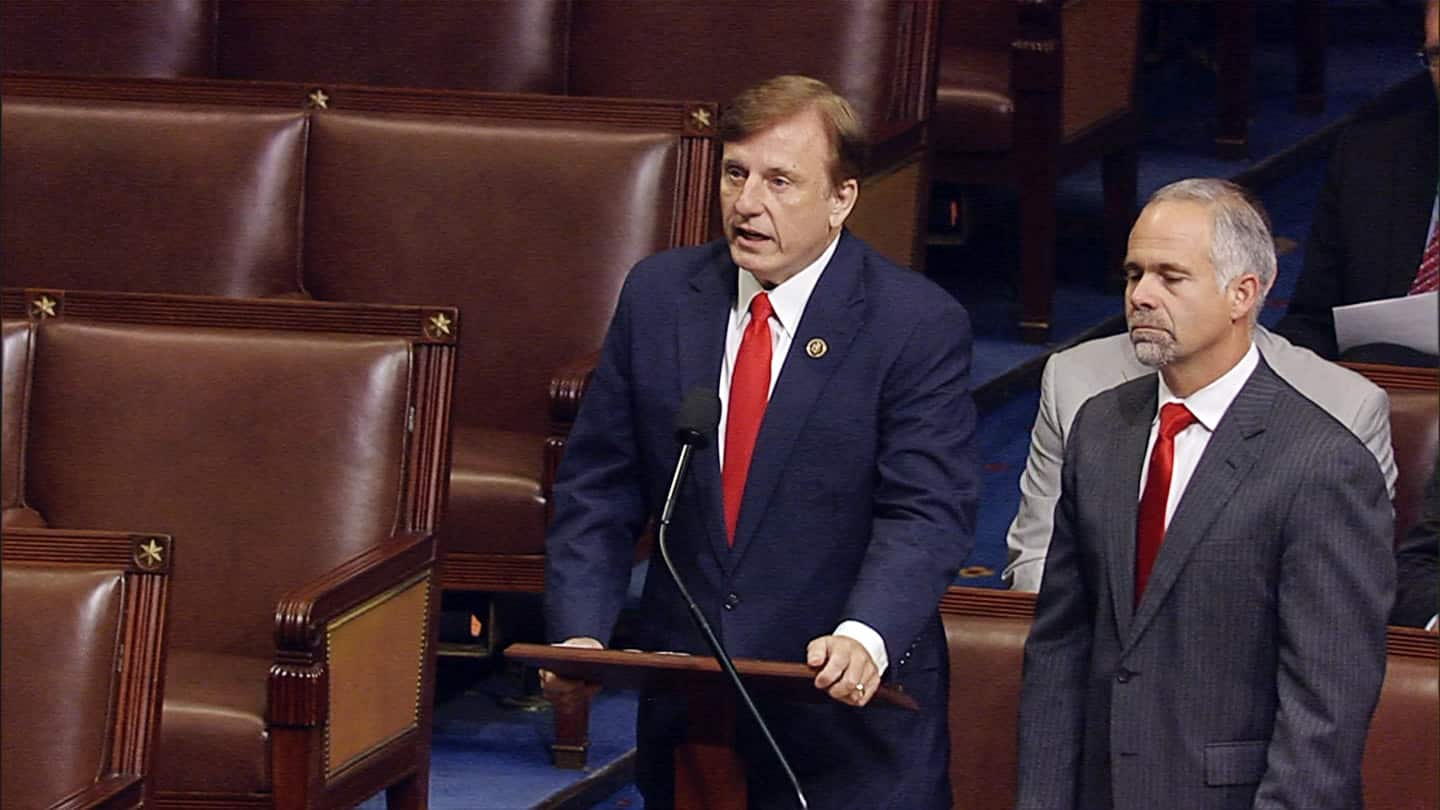 The mayor of Michigan’s third largest city says he was threatened with expulsion from Sunday’s Democratic Debate at the Flint Cultural Center after he complimented Bernie Sanders within earshot of DNC Chair Debbie Wasserman Schultz.  Warren, MI Mayor Jim Fouts, a registered independent told Buzzfeed News that he was speaking at a “normal” decibel level, encouraging the Vermont Sanders by saying “Great Job Bernie” and “We need more debates”. At the next commercial break, he was confronted by security:

During an early commercial break, security confronted Fouts, roused him from his seat and pulled him and his assistant off to the side of the hall. He was told there had been “complaints” about his behavior and that security had been ordered to throw him out.

“The sergeant at arms said, ‘The people that run this want you ejected, they don’t want you here,’” Fouts recalled. He said his assistant asked if the complainer was Wasserman Schultz.

The three-term mayor also told his story on Facebook, saying that the DNC is “controlled” by Hillary Clinton’s friend Wasserman Schultz and that “borders on totalitarian”:

The growing divide between Wasserman Schultz and the Democratic base has been widening dramatically over the course of the 2016 campaign. She has been accused of rigging the party’s primary debate schedule to favor Clinton by initially limiting the debates to a total of six overall, often scheduled during times that traditionally draw lower television audiences — Saturday evenings and holiday weekends.

The intent was obvious — lower the exposure for challengers such as Bernie Sanders and former candidate Martin O’Malley to preserve the intended coronation of Hillary Clinton as the party’s nominee. But the unintended consequences could be quite the challenge to the party’s hopes of retaining the White House in November.

The Republicans have regularly scheduled their debates on Thursday nights, which is traditionally brings in the most viewers of the week. Granted there has been a “trainwreck factor”, as viewers can’t bring themselves to turn away from candidates arguing about who has a larger penis, but the GOP Debate ratings have handily crushed the viewership of the Democratic Debates this season.

The end result of Wasserman Schultz’s plan to limit democratic exposure: 1.1 million more Republicans have voted so far than Democrats.

Wasserman Schultz Sucks In Congress, Too

Aside from tampering down support for a candidate who’s bringing an entirely new generation of voters to the Democratic Party and limiting the visibility of all candidates, let’s not forget that DNC Chairwoman Debbie Wasserman Schultz is also Congresswoman Debbie Wasserman Schultz, and she’s not making many progressive friends in her day job, either.

Wasserman Shultz is joining with her Republican colleagues to target the Consumer Financial Protection Bureau’s restrictions on predatory and payday lending, championed by liberal icon Elizabeth Warren. The victims of the lending practices the regulations would curb are a natural part of the democratic base that the party will need to turn out in November if they don’t want to hear Donald Trump repeat an oath from Chief Justice John Roberts on the steps of the capitol next January, yet Wasserman Schultz had no problem not only backing the legislation, but signing on as a co-sponsor.

These Tactics Can Ruin The Party For A Generation

This should be a very winnable cycle for the Democratic Party. By traditional standards, the Obama Presidency has been a successful one. The Republican nomination race has been a disaster and is set for catastrophe in Cleveland this June. But the leadership coming from the Chair is threatening to decimate the party. Aside from President Obama’s re-election, the party has gotten crushed at the ballot box under Wasserman Schultz. When it becomes more and more evident that under her guidance, the party has its thumb on the scale for Secretary Clinton, it risks turning off those new, younger voters for years to come.

It’s bad enough that there is a glaring lack of prominent Democrats on the national stage that don’t remember where they were when President Kennedy was assassinated, if this party continues to show new, younger, diverse or less fortunate voters that they don’t care about their concern in real action, this party won’t survive much longer.

If Democrats wanted to squash dissent and tear up the Obama/Warren financial regulations, they’d register as Republicans.