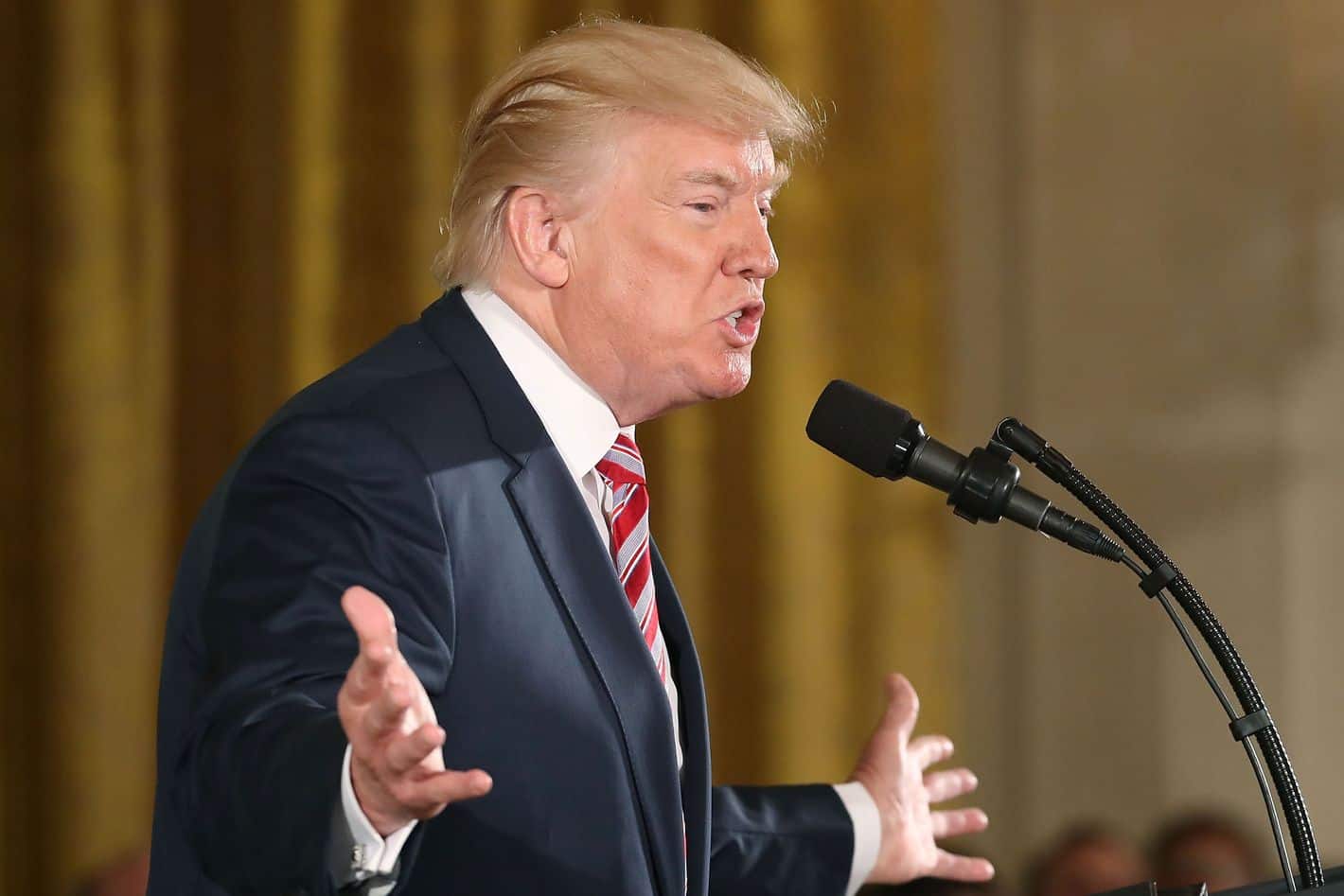 The 2016 presidential race has been notable for the Republican candidate’s refusal to bring anything of substance to the debate. Donald Trump pointedly avoids nearly all policy details in favor of childish insults, empty sloganeering, and lately, deranged outbursts. In the past week alone he called President Obama “the founder of ISIS,” and suggested that “the Second Amendment people” were the only ones who could stop Hillary Clinton.

That’s what makes it so surprising when a spokesman for right-wing agendas says something that actually makes sense. This happened Friday on the Fox Business Network during a discussion on the “Dueling Economic Visions” of Trump and Hillary Clinton. Host Charles Payne introduced the segment and turned to economist Ben Stein to give his opinion of the Trump economic plan. What happened next was completely unexpected:

BEN STEIN: Well I don’t think Mr. Trump’s plan is going to work very well. I don’t think we need that tax cut when we’re running deficits the size we are running. I think the evidence that tax cuts stimulate business in any kind of meaningful way, at least not sufficient to overcome the tax revenue loss, is extremely poor to put it mildly. I think the idea of cutting taxes on the rich in a time when there is so much concern about inequality is not a good idea. I do think his idea of greatly lessening environmental regulation is absolutely necessary, even brilliant and very brave of him.

Exempting that anti-environment nonsense at the end, Stein delivered a coherent explanation for why giving the wealthy a tax cut makes no sense. In fact he argued that such favoritism for the rich was never a stimulant to the economy and would only exacerbate deficits. Add to that his expression of concern for income inequality and you have a truly astonishing display of wisdom from a right-wing economist.

Fox of course would not be satisfied with that blasphemy. Therefore, Payne turned to Betsy McCaughey, the woman who coined the term “death panels,” for rebuttal. McCaughey was just named to Trump’s team of wingnut economic advisers. She ranted:

BETSY McCAUGHEY: First of all, Donald Trump’s tax plan will produce an enormous amount of economic growth. The key factor is slashing the corporate tax rate, currently the highest in the world, down to fifteen percent. Companies in the United States are being taxed to death. And that’s why so many of them are leaving or retrenching their business investments.

The Trump Train to Hell

There is so much wrong with that it’s hard to know where to begin. Let’s start with the fact that there is no evidence that Trump’s plan would produce any economic growth. In fact. Moody’s scored his plan and concluded that it would result in a “lengthy recession.” They also said it would cause 3.5 million job losses, and “very large deficits and a much higher debt load.” Plus, every independent analysis of Trump’s plan affirmed that it benefits the rich far more than lower and middle classes.

Then there is McCaughey’s assertion that U.S. corporate tax rates are “the highest in the world.” That is patently and provably false. It’s a recurring right-wing trope that has been debunked innumerable times by non-partisan analysts. McCaughey and other conservatives deceptively cite the statutory corporate tax rate rather than the effective tax rate (what is actually paid after deductions). Reviewing with real numbers the U.S. corporate rate is actually lower than the average of our international competitors. Often it is zero, or close to it.

[Note: These facts make it even more important for Trump to release his tax returns. How else can we see just where in the range his tax rate lies?]

The truth is that American companies are not leaving the the U.S. for lower taxes. They are leaving for lower wages, cheaper distribution in foreign markets, and evasion of fair labor and environmental regulations. It is these and and other reasons unrelated to taxes that result in outsourcing. McCaughey also claimed that the U.S. is on the brink of a “business recession.” However, we are currently enjoying one of the longest periods of growth in decades. But then she trotted out a real whopper:

“And let me just point out in response to Ben’s comments about the poor and tax reductions for the rich – slashing the corporate tax rate and producing growth will benefit the poor the most.”

It’s none of Fox Business

That foolishness hardly merits a response. At this point host Charles Payne steers the conversation to “the debate over whether trickle-down economics really work.” He asked Harvard Professor Leah Wright Rigueur “If the same tide lifts all ships, wouldn’t that include the poor?” She responded that “You would think, but history has shown us that that doesn’t include the poor.” Then Stein was asked to comment. He poignantly noted that a rising tide “does not lift those boats that are under water.” Which led to this epic exchange:

BEN STEIN: And if I may say to my friend the Lt. Governor, there simply is no evidence that slashing the corporate tax rate produces growth. There’s a lot of allegations, but…

STEIN: Did you say ‘That’s ridiculous’?

STEIN: With all due respect, I’m the one that’s studied this. You’re the politician. You can say whatever you want as a politician. There simply is no evidence of that. […] You don’t know that. You have no idea of that. You can say it but there’s never been any data connecting those two.

Watching a devoutly conservative economic expert smack down the right’s sacred trickle-down doctrine is both shocking and satisfying. Especially when it’s done on Fox’s own business network. But watching him also humiliate a Trump adviser at the same time is an event more rare than Halley’s Comet. It will be interesting to see if Ben Stein is invited back to Fox News any time soon.