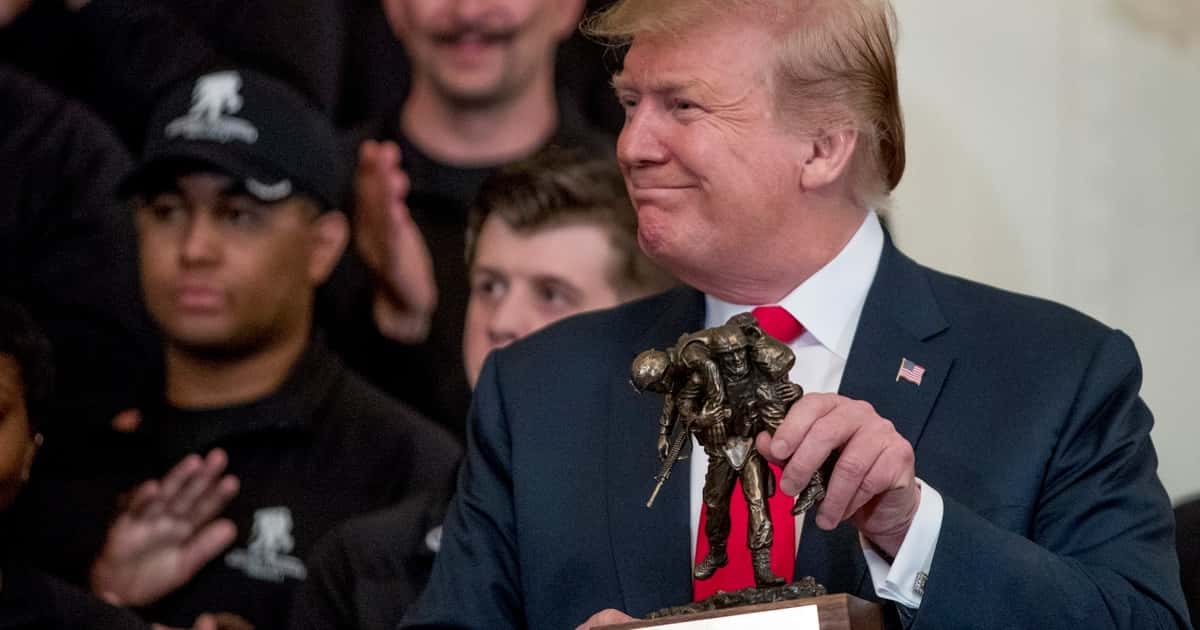 Just when you think you’ve heard it all, the Republican nominee for President of the United States manages to insult another group of honorable Americans. This time Donald Trump has insulted American soldiers who are risking their lives in Iraq by insinuating that they are thieves.

At a rally in Greensboro North Carolina, Trump was pontificating on his proposal to steal oil revenues from Iraq and belittling those who criticized him.

“When we got out we should have taken the oil. I’ll never forget, some of the pundits – most of them don’t have the brains they were born with – they said ‘they’re talking about a sovereign country.’ Iraq. Crooked as hell. How about bringing baskets of money, millions and millions of dollars, and handing it out.”

First of all, how the hell did he think we should have taken the oil when we got out (never mind that we are actually still there)? Did he think we could have just sucked all of the underground reserves dry, pumped it into tankers and sailed back to America? And what he’s referring to about handing out millions of dollars from baskets is anyone’s guess.

No doubt there is some corruption in Iraq since the U.S. dismantled its government and left it in a shambles, but Trump clearly has no idea what he’s talking about and no facts to back it up. But what he said next should boil the blood of every American soldier, their families, neighbors, acquaintances, strangers, and pretty much anyone with a shred of patriotism. Referring to disbursement of money from baskets, Trump asked:

“Who are the soldiers who had that job? Cause I think they’re living very well right now, whoever they may be.”

In other words. Trump is accusing American soldiers of stealing money from their own government. He says it so matter-of-factly that it doesn’t seem like he has any doubt that our servicemen and women would engage in such shoddy, criminal behavior.

It’s fair to assume that Trump doesn’t find this unusual because it’s behavior to which he can relate. After all, he has spent a lifetime ripping off others through shady real estate deals that went bankrupt and blatant scams like his Trump University. So he’s just projecting what he would have done if he had access to that cash in Iraq. Of course we’ll never know what kind of soldier he would have been because he evaded the draft with five deferments during the Vietnam war.

Let’s not forget that Trump also tried to rip off the veterans he professes to love with a charity event that raised a few million dollars that he didn’t bother to distribute to the needy organizations until after he was called out by the Washington Post (whose press credentials he recently revoked).

If anyone still believes that Donald Trump is a friend of the military they really need to study his record more closely. And this latest insult should put an end to the charade that he cares about soldiers or veterans. It wasn’t enough last year when he insulted Sen, John McCain by saying that he wasn’t a war hero, despite having spent six years in a Vietnamese prison camp. Trump is continuing to reveal himself to America, and it’s an ugly picture. But it’s not unexpected coming from someone who called America a Hell Hole.