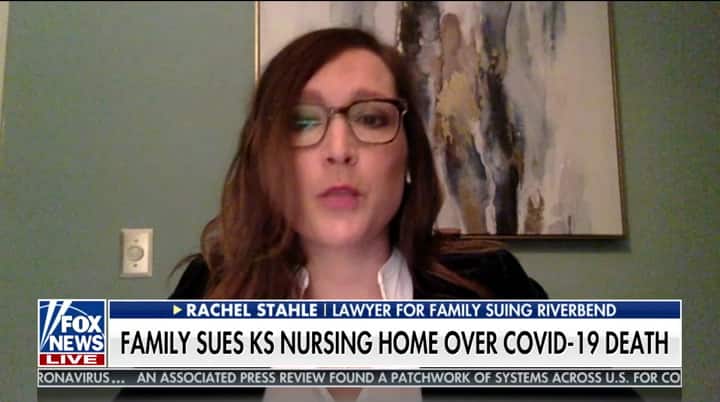 Jason Chaffetz is the Republican Congressman from Utah and Chairman of the House Committee on Oversight and Government Reform who fired the tweet heard round the world last week, claiming, falsely, that the FBI had “reopened” its investigation into Democratic presidential candidate Hillary Clinton’s emails. In response, a Democratic PAC filed an ethics complaint against Chaffetz saying that he “compromised the integrity of the FBI” by using it as a political tool so close to an election. The media have questioned whether FBI Director James Comey violated the Hatch Act. Others have sought to keep the attention on Republican presidential candidate Donald Trump’s failure to release his tax returns and eyebrow-raising connections to Russia.

But no one has looked into Chaffetz’s campaign finances and how his donors might encourage his extreme partisanship. They should, because it’s a bizarre, and potentially alarming, story.

Chaffetz’s biggest donor by far over the course of his career in Congress is Nu Skin Enterprises. Nu Skin has donated $96,850 to Chaffetz and his PAC since he first ran for Congress in 2008, including $38,500 in the 2016 cycle. Chaffetz has a long history with Nu Skin.

“Nu Skin is able to identify critical SuperMarkers called Youth Gene Clusters, which are functional groups of genes that regulate how we appear to age. Only ageLOC’s proprietary science understands how to reset these Youth Gene Clusters to their youthful patterns of activity.”

Nu Skin is worth roughly $1.6 billion and was founded in Provo, Utah in 1984. The company was investigated by the Federal Trade Commission in several states in the 1990s for being a pyramid scheme. Given its rather fanciful advertising and multi-level marketing, Nu Skin learned to spend a lot of money on public relations and lobbyists–just to survive. The first time Nu Skin lived to sell another day was in 1991 when the company “came out swinging” against pyramid scheme charges, the Salt Lake City outlet Desert News reported on July 26th, 1991. And guess who was riding shotgun:

Accused in several states of operating an illegal pyramid scheme, the Provo-based multilevel marketing firm has decided to mount an offensive. Nu Skin takes issue with the way national and local media have portrayed the company.”Enough is enough,” said Jason Chaffetz, Nu Skin administrative assistant for public relations. “We’re frustrated and disturbed that a number of inaccuracies continue to be perpetuated.”

So, Chaffetz was a PR point man for Nu Skin, and the company launched him into Congress. The fact that a hyper-partisan Congressman has a symbiotic relationship with a sketchy business may not be surprising these days, but the questions raised by this relationship potentially go quite a lot deeper.

In 2012, Citron Research, run by activist short seller Andrew Left, published a report claiming that Nu Skin was running an illegal multi-level marketing scheme in China, and that investors should be advised that the company’s assets in China could be seized by Chinese authorities. Nu Skin responded that its business model in China was “kosher” and that it didn’t need to make any changes, Reuters reported.

Fast-forward to 2016, when Nu Skin agreed in February to pay out $47 million in damages for operating a pyramid scheme and lying about it in China. In September, it agreed to pay the Securities and Exchange Commission $765,688 in fines, after the SEC found that the company failed to accurately account for or adequately oversee charitable contributions it made in China. As part of its agreement, Nu Skin neither admitted nor denied the SEC’s charges. This is likely all a polite way of saying that Nu Skin got a slap on the wrist for running a scam and lying about it, and bribing Chinese officials and trying to hide it.

In June, while Nu Skin was still under investigation by the SEC for creative bookkeeping in China, a Chinese company poured a huge $210 million investment into Nu Skin. This is remarkable. After violating Chinese law, Chinese investors breathed new life into its operations in China.

The Chinese company behind the investment was Ping An Securities Ltd., a massive holding company. A firm representing the company also gained a seat on the board of Nu Skin in the deal.

In 2012, the New York Times reported that family members of former Chinese Premier Wen Jiabao were holding hundreds of millions of dollars worth of investments in companies that they reportedly didn’t even know were in their names. This included stocks bought at 40 cents a share at a time when they were worth $1.60 a share. One of the primary vehicles for making the formerly highest ranking communist Chinese official’s family members stupendously wealthy was shares of Ping An.

What Does This Mean About Chaffetz?

Everything I’ve written above is purely factual, based on publicly available information. Everything I’m about to tell you below is far more speculative, but I believe it needs to be said.

Jason Chaffetz, in his role as the Republican House’s high inquisitor, spent most of the fall bullying the FBI in an unprecedented effort to get them to cough up literally everything they have in the file on Clinton’s emails. Chaffetz has promised “years” of investigations into Clinton if she wins the White House. At the moment, he is one of the primary agents responsible for the American government’s spiral into debilitating partisanship weakening our democratic institutions.

It has been clearly established through forensic data evidence that Russia is behind the hacking of the DNC. It is also clear that Russia is seeking to undermine faith in American elections and undermine Hillary Clinton. All of this helps Donald Trump, although debate is ongoing as to whether Russia is actively or passively supporting Trump.

Russia has motive and opportunity. Russia sees itself as locked in competition with the United States and its allies for influence in Eastern Europe and in Syria. It considers Western influence on its doorstep an existential threat, and it is using a combination of increasingly confrontational military policy along with meddling in the internal politics of several countries to try to push back and undermine its rivals.

The US has a similar competition with China over influence in the South China Sea. In the middle of 2016, it looked as if Barack Obama would leave office having planted the seeds of a great wall of allies surrounding China. An arc stretching from Japan to India has increased cooperation in trade and arms deals with the United States. This includes the highly controversial Trans-Pacific Partnership. If the next administration built on this diplomatic foundation, China would be virtually bereft of potential allies in the Asia-Pacific region.

That is, until Rodrigo Duterte blustered onto the world stage in Manila. Obama’s “pivot to Asia” was a slow process that lasted all 8 years of his presidency. Duterte’s pivot to China is happening with lightning speed. Beijing rolled out the red carpet for the Philippines President, who went to Beijing to announce he was “realigning” with China after barely more than 6 months in office. China promptly began showering Duterte with diplomatic rewards. China’s motive in encouraging such a radical policy change in Manila is not because an alliance with the Philippines would change much in Beijing, but to poke Uncle Sam in the chest and tell Washington it’s not the undisputed master of the Pacific.

Given that China is trying to disrupt American policy in the Pacific, and given that Beijing would likely see a Hillary Clinton presidency as a continuation of Obama’s policies in Asia, China has an interest in encouraging political developments in Washington that would disrupt Clinton’s plans.

Let’s imagine a scenario. Chinese President Xi Jinping decides he wants to make life difficult for Clinton. China’s political analysts in Washington explain the Tea Party and its gerrymandered grip on the House. It is hellbent on grilling Clinton, investigating her, blocking and disrupting all her plans. And their chief inquisitor and scarily ambitious partisan hatchet man is Jason Chaffetz.

Now, let’s imagine Xi calls the former Premier, Wen. He asks Wen to use his stake in Ping An to send Nu Skin’s stocks soaring. A Wen ally then puts in a call to the new Chinese board member of Nu Skin, and says to make sure that Chaffetz’s Super PAC is always flush with cash. A Nu Skin agent calls Chaffetz’s Super PAC and tells them they like what Chaffetz is doing, and there will always be cash on hand if he keeps it up.

China could, hypothetically, use this financial conduit that runs from a former Chinese Premier to Jason Chaffetz in only a handful of phone calls, to encourage massive dysfunction in Washington. And from the outside, it would look like nothing out of the ordinary was happening.

This is the sheer madness of our current political paradigm, following Citizens United and the rise of the demagogic far right. It has not only opened the floodgates for massive corporations to take over Washington. It opened potential financial ratlines via these companies for foreign countries to pursue their international agendas inside Washington, including potentially undermining the institutions of American democracy. We know that the Republican presidential candidate’s campaign rhetoric would constitute a radical departure from over half a century of US policy toward NATO and Russia. And we know beyond a shadow of a doubt that Russia is trying to help him. Are other foreign agendas antagonistic toward the US being encouraged in Washington that we don’t know about?