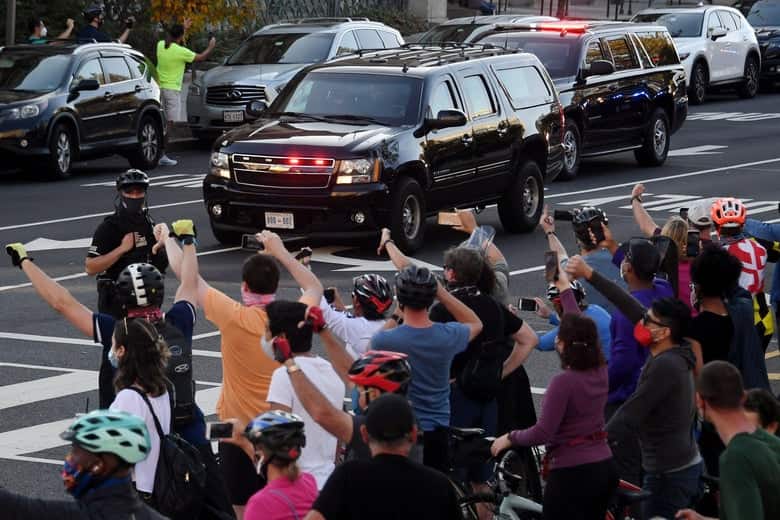 The Desperate Hours Of Donald Trump

Nothing illustrates desperation more than the frantic whining of someone who knows he’s losing badly but refuses to admit it. Donald Trump is a textbook case of this. Ever since his disastrous convention, Trump’s prospects have been sinking like an elephant in a tar pit. According to Gallup, the Republican convention actually resulted in more people saying they are less likely to vote for him. That’s the first time that has ever happened since polling on that question began.

As Trump’s popularity declines he is behaving more and more erratically. His deranged assertions that Obama “founded ISIS,” that the elections will be “rigged,” and shamelessly insulting a Gold Star family, paint a picture of a pathetically deluded loser. And now he is directing his impotent fire at the media:

The failing @nytimes has become a newspaper of fiction. Their stories about me always quote non-existent unnamed sources. Very dishonest!

The failing @nytimes talks about anonymous sources and meetings that never happened. Their reporting is fiction. The media protects Hillary!

The failing @nytimes, which never spoke to me, keeps saying that I am saying to advisers that I will change. False, I am who I am-never said

If the disgusting and corrupt media covered me honestly and didn’t put false meaning into the words I say, I would be beating Hillary by 20%

My rallies are not covered properly by the media. They never discuss the real message and never show crowd size or enthusiasm.

Crooked Hillary Clinton is being protected by the media. She is not a talented person or politician. The dishonest media refuses to expose!

I am not only fighting Crooked Hillary, I am fighting the dishonest and corrupt media and her government protection process. People get it!

It is not “freedom of the press” when newspapers and others are allowed to say and write whatever they want even if it is completely false!

Trump is getting increasingly unhinged (to the degree that’s possible). He has also taken to calling the media “the worst human beings in the world.” There may be some victims of terrorism who disagree with that. However, the media must be so proud for having overtaken Hillary and ISIS in the Race for the Worst in Trump’s deranged head.

Having an active imagination must bring Trump some comfort. Because that’s the only way he can believe that he would be beating Clinton by twenty percent, even with more friendly media. As for not being covered properly at his rallies, they generally point a camera at him and let him rant. That is SO unfair. Holding him accountable for the things he actually says is the ultimate dirty trick.

It’s funny that Trump is complaining that he is losing to someone who “is not a talented person or politician.” Think how badly he would be losing if Clinton WAS a talented politician. And by the way, it absolutely IS freedom of the press “when newspapers and others are allowed to say and write whatever they want.” That’s the definition of freedom of the press. Even if you don’t like what they’re saying. But keep it up, Donald. Because nothing solves a cratering campaign like whining.