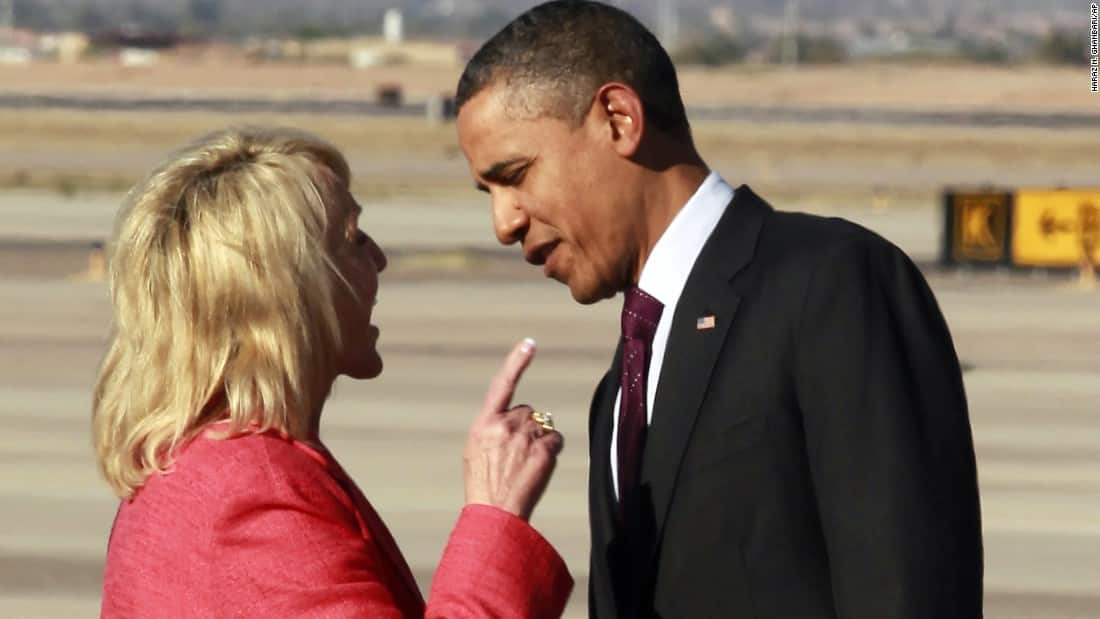 For Right-Wing America, President Obama Is Worse Than Hitler

Brace yourselves. The hilarious Matt Terzi is about to make right-wing heads explode with one unassailable revelation: things didn’t get worse under the Obama Administration. On the whole, they got better. A lot better.

This will surprise literally no one: America’s right-wing hates President Obama. It’s not distaste for him. They don’t merely dislike him. It can’t be classified as simple disdain. It’s proper hatred by every definition of that word. And even as we enter the twilight months of his second and final term, that hate couldn’t be any higher than it currently is.

To a right-winger, President Obama is the worst thing to ever happen to America. His presidency has been worse than September 11th, worse than Pearl Harbor, worse than the British torching the White House during the War of 1812. He isn’t a President… he’s the Antichrist. He’s Hitler reborn. He’s Satan after clawing into the mortal realm and inhabiting the soulless being of some random hapless Hawaiian. Or more likely, a random Kenyan.

But their hatred for President Obama isn’t nearly as awful as their rationale behind that hatred. Right-wing America’s absolute disgust with our Commander-In-Chief is rooted in myths and steeped in half-truths, with most of their unbridled fear of his administration stemming from… well… thin air. Or however thin the air is around someone’s backside, anyway.

Ask any ten right-wingers for the single primary reason why they hate President Obama so immeasurably, and you won’t hear a single answer born from truth. He hates America and wants to destroy us. He’s not an American citizen. He wants to start a race war. He loves our enemies but hates us. He’s secretly a Muslim. He praises black criminals and hates the Police. He’s dividing us.

But Why Do They Actually Hate President Obama?

There are dozens of wacky excuses they might provide, and most of them sound like half-hearted conspiracy theories. The truly tragic part is that they don’t actually know why they hate President Obama. They think they do, but they actually don’t. If you’re a right-winger and you’re angrily reading this article, brace yourself. Strap on a helmet. Put on some oven mitts so you don’t claw your own eyes out. Are you ready? Are you sure? Okay, here we go:

President Obama is actually changing America for the better.

Hey, be careful! Don’t slam your head into your desk like that! Aren’t you glad I asked you to put that helmet on?

The past eight years have set the stage for a true golden age of American progressivism, and we owe that in large part to President Obama’s two terms in office. If you time-traveled back to January 19th of 2009, most Americans would have a hard time believing that gay marriage would be legal nationwide. That recreational marijuana use would be legal in four States. That our nation has finally started a serious dialog on law enforcement’s treatment of minorities. That President Bush’s horrific recession would be quelled, and America would be mostly recovered from it.

Simply put, America is a vastly better place today than it was when George W. Bush was president. And while President Obama himself can’t be directly credited with most of those accomplishments, his administration did set the stage for all of those things. He promised hope and change, and while America may still be lacking on hope, the change definitely showed up in a very big way.

All of that progress scares the Hell out of right-wing America. And the fact that it’s all developing as rapidly as it is scares them even more. These are people who aren’t keen on change, and they’re getting a whole big heap of it thrown in their faces on a regular basis. So for them, President Obama is the perfect scapegoat for all of their anxieties in the face of progress.

It’s Not Just The Progress

Listen to any gathering of right-wingers for any period of time, and you’ll quickly come to realize that it isn’t what they’re afraid of that keeps them up at night, so much as it’s the hunt for new things to fear. And most of their hatred of him stems from that manufactured fear, rather than from factual information.

Remember when you were a kid, and you and your friends looked into a mirror and said “Bloody Mary” twice? Most of you stopped yourselves before you said it a third time. But it’s not because you were afraid a ghastly apparition would appear. Subconsciously, you were more afraid that it wouldn’t appear. You wanted to believe the myth, and you put in a small amount of effort to keep that belief alive.

The same theory is at work with right-wing America. It’s easy to find out that President Obama was actually born in Hawaii. It’s easy to discover that President Obama mourns slain police officers as frequently as he does unarmed black civilians gunned down by law enforcement. It’s easy to realize that members of the LGBT community are human beings and deserve all the same rights as anyone else. It’s not a question of complexity… it’s a matter of wanting to keep believing. Of standing in front of that bathroom mirror and slowly muttering “Barack Obama… Barack Obama… Bar… oh, I can’t do it!”

The real reason conservatives hate President Obama isn’t the progress. It isn’t anything bad he’s actually done. It’s the belief that he’s done bad things that he hasn’t actually done, and worse, their mass-produced, self-inflicted fear of bad things they think he’s going to do at any moment.

President Obama’s presidency is going to end in a few months. A majority of Americans will be sad to see him go. But it’ll be considerably sadder for all of those right-wing conservatives. They invested so much time and energy into hating Barack Obama, into tangling their brains until conspiracy theories spewed out. We’ll all miss President Obama, but right-wing America? They’ll miss him more than any of us.