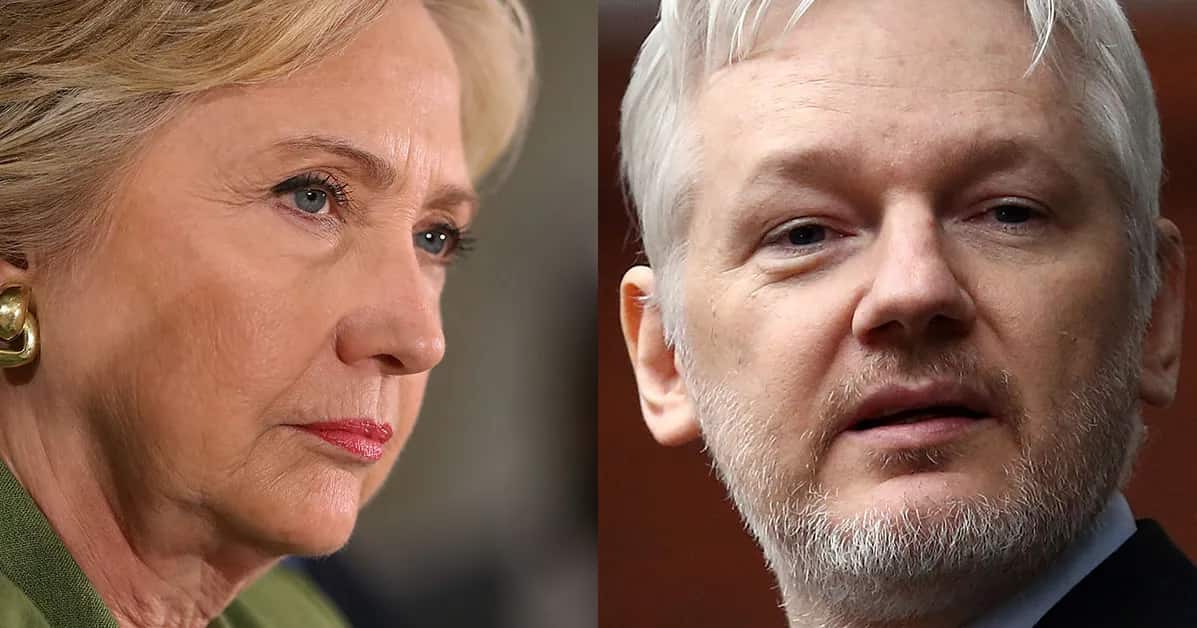 Upcoming Leak Will Be Enough To Get Hillary Clinton Indicted, According To Assange

Now that Hillary Clinton has been named the Democratic Presidential nominee, the entire nation is prepping for a not-so-epic showdown between her and Donald Trump. With endorsements from President Obama and Elizabeth Warren in tow, many believe that there’s nothing really stopping Hillary from becoming the 45th President of the United States, and the first woman President in America’s long, storied history. But, according to Wikileaks co-founder Julian Assange, their next batch of email leaks will provide the U.S. government with enough damning evidence to indict her.

Assange’s comments were made in an interview with ITV’s Peston on Sunday. While Assange did not tip his hat to what specifically would be leaked, the implication is that it can possibly be worse than Clinton having sensitive information about U.S. security (including drone attacks) sent to her private server. That, in and of itself, is quite stunning.

But what also must be duly noted is that Assange already has a fairly grim outlook on the potential outcome of this leak. An indictment of Clinton would have to be lead by the current Attorney General, Loretta Lynch, and seeing as Clinton’s campaign headquarters and Lynch’s office are just a few floors from one another in the same building doesn’t exactly bode well for a potential indictment. Assange and Wikileaks have been a thorn in Clinton’s side ever since she was the Secretary of State which leads many to believe that Assange has an inherent bias towards a Clinton indictment. While that may or may not be true, it is a fact that Clinton is still currently being investigated by the FBI to determine if she broke federal law. While none of us can predict exactly what will happen, the reality is that many of us need to stop pretending that the email controversy has absolutely no merit to it. It is a real problem, and if Wikileaks next batch of confidential emails has the effect Assange believes it will, Clinton may really have a serious problem on her hands.