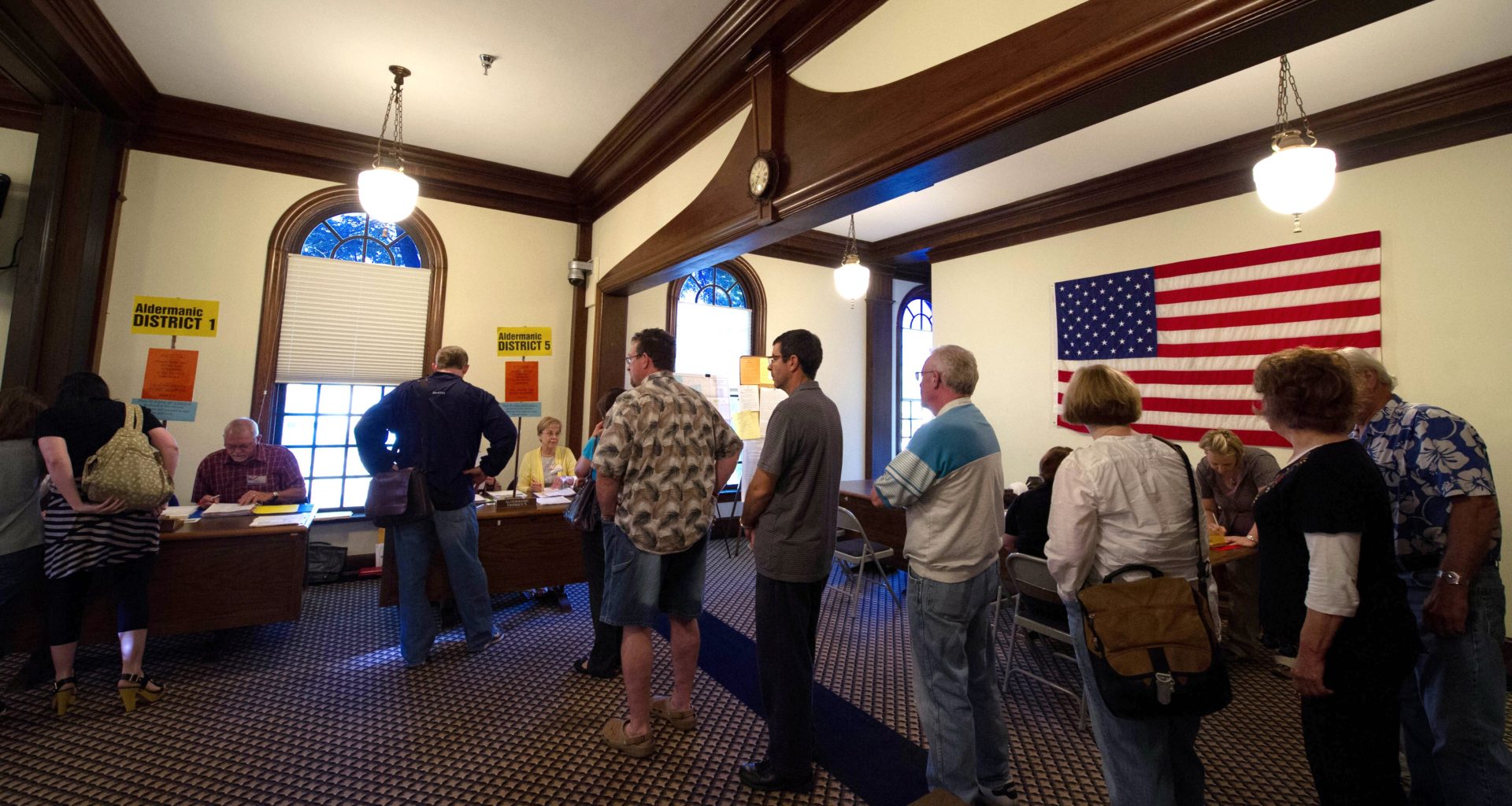 “It makes no sense to me that this proud patriot with a veterans card displaying his photo would be turned away from the polls and denied the right to vote…He considers voting part of his patriotic duty, yet, last week this proud patriot of 90 years of age was embarrassed and confused when he went to the polls and was denied his right to vote. When he presented his veterans administration card with his picture on it, he was told that the card was not listed as ‘acceptable’ proof of his identity. He responded: ‘You mean veterans can’t vote?’”

Despite Scant Evidence Of Fraud, The GOP Is Obsessed With Voter ID Laws
Voter Identification laws have become the prized pig of Republican controlled states in recent years, and the timing is no coincidence. Since the Supreme Court struck down key provisions of the landmark Voting Rights Act of 1965 in their 2013 ruling Shelby County v. Holder, states that were previously prohibited from passing voter restrictions rushed to pass identification laws at the ballot box. According to a report from the Government Accountability Office, the laws have successfully reached their target, as turnout in the African-American community fell off at a greater ratio than it did in all other demographics.

While opposition to ID laws is often met with righteous indignation about protecting the sanctity of the vote— the reality is that voter fraud or misrepresentation has absolutely no impact on the electoral process at all. The Brennan Center for Justice at New York University examined the scope of ballot abuse and found the problem to be practically non-existent in their report The Truth About Voter Fraud:

The Brennan Center’s ongoing examination of voter fraud claims reveal that voter fraud is very rare, voter impersonation is nearly non-existent, and much of the problems associated with alleged fraud in elections relates to unintentional mistakes by voters or election administrators

Wisconsin Law Struck Down Twice
The 2016 state primaries were the first time that the Wisconsin Voter Identification law was in practice since being twice struck down by the judiciary. The law was originally blocked in 2014 by the Federal District Court in Milwaukee, when Judge Lynn Adelman wrote:

“Blacks and Latinos in Wisconsin are disproportionately likely to live in poverty. Individuals who live in poverty are less likely to drive or participate in other activities for which a photo ID may be required (such as banking, air travel, and international travel) and so they obtain fewer benefits from possession of a photo ID than do individuals who can afford to participate in these activities. Virtually no voter impersonation occurs in Wisconsin, and it is exceedingly unlikely that voter impersonation will become a problem in Wisconsin in the foreseeable future.”

The law was restored by the US Court of Appeals for the Seventh Circuit in September of 2014, but the Supreme Court blocked the execution of the law for the 2014 election, arguing a change that close to the election would cause confusion for both voters and poll workers.

Now that it’s fully established as law in Wisconsin, however, the GOP should learn to be careful what it wishes for. Denying a 90-year-old Marine who fought in one of the nation’s most famous battles the right to vote could easily nullify any perceived advantage of using George Wallace-era tricks to suppress minority voting blocs.

If Scott Walker and the Republicans will deny a hero like Leo Olsen the right to cast a ballot, how secure do you think your right to vote is?

Thanks Obama: Lifelong Republican Says ‘I Was So Wrong’ After Obamacare Saves His Life