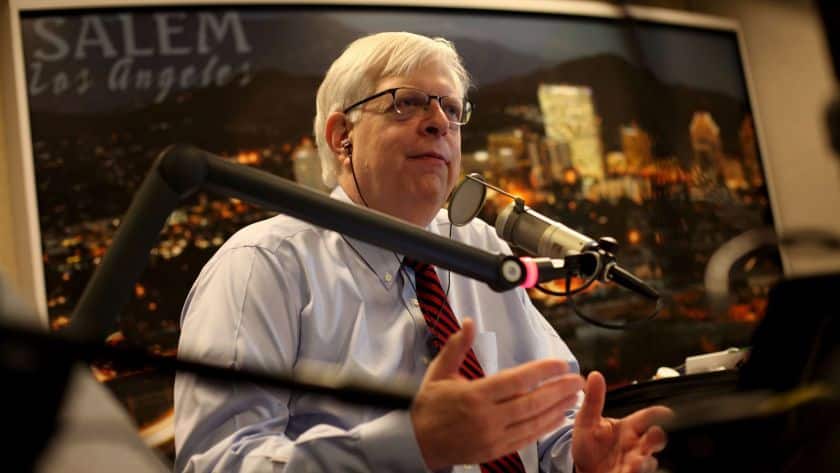 Christian conservative radio host Rick Wiles warned his listeners last week on his End Times radio program that they have a year to flee America before President Obama destroys it.

Wiles struck fear into his listeners, telling them  that President Obama is “a man of destruction, darkness and evil”  who will destroy America, along with Syria.

Then came his proclamation of gloom and doom:

“There may be a year remaining in which you can get out and save your family. I’m convinced the Luciferian Illuminatus that control this country will dismantle it over the next two years and the Phoenix will ascend to replace the old constitutional republic.”

Earlier in March, a guest on Wile’s program issued this ominous warning:

“I prophetically told the Syrian Christians over this radio program in 2011 to flee the country. I repeatedly warned them via this radio program to get out of the country because Obama would destroy it and eventually Damascus would be leveled to the ground according to Bible prophecy. And if you would listen to those 2011 programs, you would hear me say that I was certain the Holy Spirit was speaking to the Christians in Syria to flee while they could still do it.

I’m going to say this to American Christians: Your time to flee America, which is now Babylon, is quickly disappearing. Obama will destroy this nation too. He is a man of destruction, darkness and evil. There may be a year remaining in which you can get out and save your family. I’m convinced the Luciferian Illuminatus that control this country will dismantle it over the next two years and the Phoenix will ascend to replace the old constitutional republic.”

Listen to it below:

Later in the show, Wiles reminded his listeners that when President Obama won reelection in 2012, he foresaw “a black ubiquitous membrane” descending upon America to “suffocate the people,” and he “saw in my spirit a wicked, evil, dark vapor spreading across America.”

“I no longer think the American people will repent and turn to God before a horrific calamity strikes the nation. In fact, I now believe they are taunting God, daring Him to do something.

In 2010, the Holy Spirit told me that a black ubiquitous membrane would descend over America and suffocate the people, freedom would be taken away. Tuesday night of November 6, 2012, was creepy. When it was announced on television that Barack Obama had been reelected, I saw in my spirit a wicked, evil, dark vapor spreading across America. I got on my knees and I asked God how and why Obama was reelected and his reply came immediately: ‘The tares now outnumber the wheat.’ It’s just that simple. It’s math. The scales have tipped in favor of wickedness. American now has more people who reject God and his commandments and his ways than who love him and obey him.”

If that wasn’t enough fear-mongering for one End Times program, Tennessee evangelist Perry Stone suggested that the terrorist attacks on September 11th, 2001 would help America by driving them to “repent.” He claims that Americans never repented, which led to God “appointing terrorists” upon the country, presumably meaning President Obama.

All of this is supposedly in the Bible, according to these scripture-quoting “Christian” miscreants.

Just one question: Where will Christian Americans who buy into this bullshit go? Somalia?

Maybe we can just let them have Alaska.