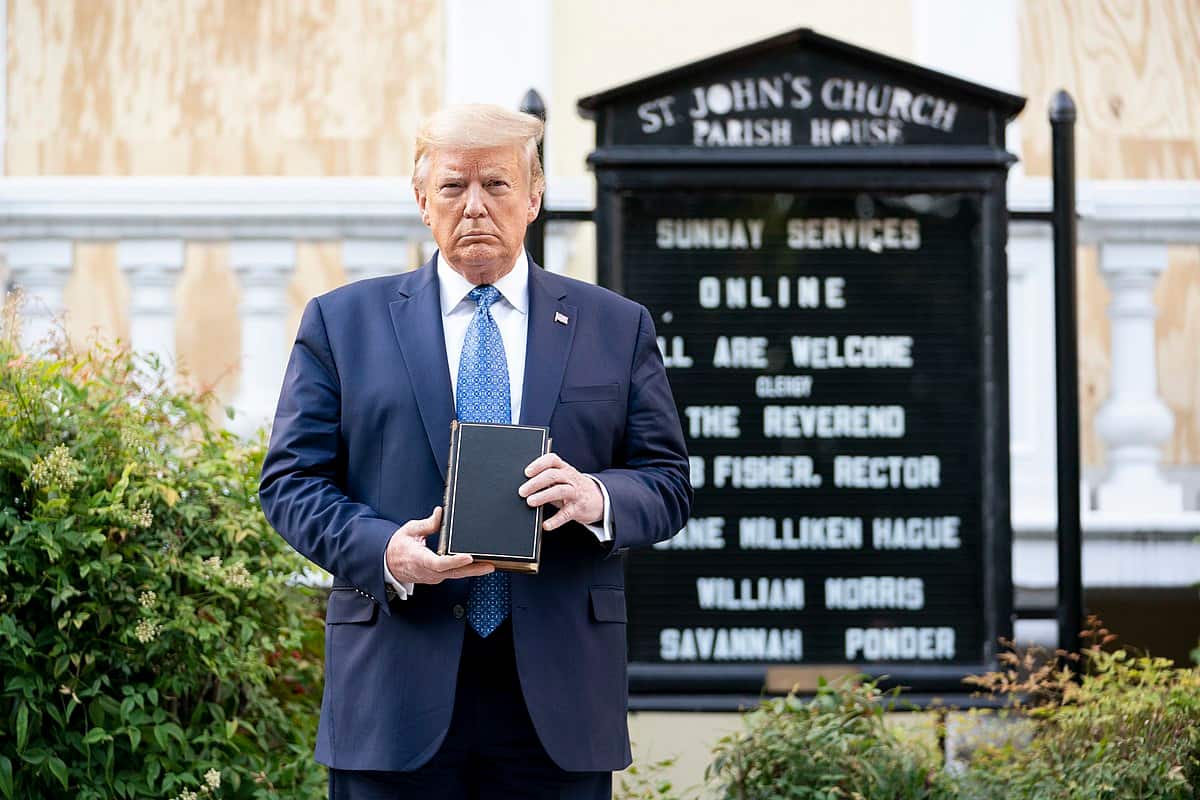 The Associated Press reports that Donald Trump is fed up with his coverage on FOX News. In protest, he’s decided to not appear on the network for “the foreseeable future.” It’s an absolutely hilarious turn of events that may cause many a far-right FOX viewer’s head to explode. It’s pretty much their God versus their Messiah.

Some may wonder how Trump could put the GOP voters in this position. I’ll ask why more of us didn’t see this coming. Think about it. Months ago, Donald Trump made a questionable statement about FOX News pundit Megyn Kelly. Although Kelly didn’t do much in the way of calling him on it, her favorability tanked anyway.

FOX News is now being accused by Donald of treating him “very unfairly.” Will their ratings suffer? It’s certainly possible, especially since FOX isn’t interested in coddling Trump or playing nice. That could change if enough FOX News viewers happen to be die-hard Trump voters.

A spokeswoman for the network said that Donald Trump was originally scheduled to appear on the O’Reilly Factor Thursday prior to his cancellation. She also noted that whenever news coverage doesn’t make Trump look good, he lashes out against FOX News anchors. The spokeswoman then referred to Donald Trump’s antics “as stale and tiresome.” I wouldn’t be surprised if this statement wasn’t followed with a “come at me, bro” gesture. If there’s anyone in America wearing a tinfoil hat who’s utterly convinced Donald Trump is a left-wing mole sent to destroy the GOP from the inside out…this might be your proof. It kind of makes sense in a twisted way. After all, Donald Trump is the physical embodiment of Republican Party, which makes him an ideal candidate for the ultra-conservative crowd. It seems that no matter what he says, the only danger to his Republican nomination is the tiny attention span of Americans. The Donald has such a stranglehold on the Republican presidential candidacy that far too many right-wing politicians, bloggers, and pundits have shied away from outright disagreeing with or calling him out. Candidates on the right are slowly starting to take him on, but it’s probably already too late. It’s worth mentioning that if Trump had shunned FOX at the beginning of his campaign for the 2016 presidency, we would probably not have heard much else from him since. However, his fame and support within the GOP has increased to such a degree (and so rapidly) that he feels he doesn’t need FOX to reach the Republican base. Want to hear something crazy? He’s right.

#AskTrump was a top Twitter trend and made international news. Practically any ridiculous thing Donald Trump says or does becomes top news. Should he become the Republican nominee for president, he will remain at the forefront of news coverage until the election is over (and possibly beyond). This is something FOX News is powerless to stop or influence, a reality they probably never saw coming. In 2005, they would have never dreamed of being in such a position.

It’s something I don’t imagine FOX will take very well. Indeed, things could get gruesome if Donald Trump decides to take shots the network while defending his good name against an alleged smear campaign. A back-and-forth battle could do serious damage to both parties.

Are we in for a cutthroat battle between Trump and FOX News that leads to their mutual destruction? If so, I’ve got my popcorn ready.