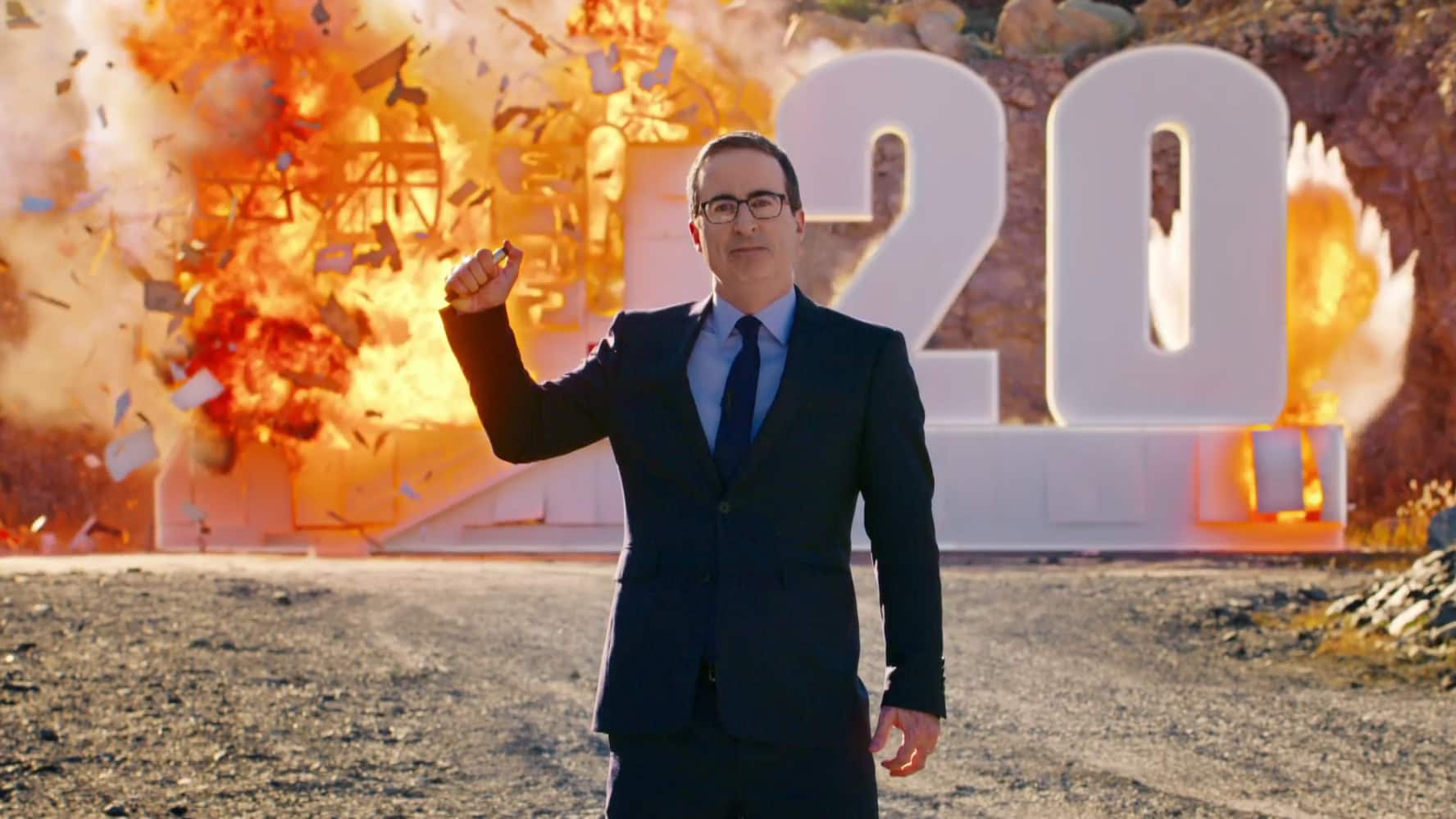 Donald Trump’s wall, the focal point of the GOP frontrunner’s campaign, has made him very popular with xenophobic and racist conservatives, but should it? John Oliver breaks down the costs and practicality of having a wall built on our southern border in his latest segment on HBO’s Last Week’s Show Tonightbecause, in America, comedians do journalist’s work for them.

“The border wall is one of the few policy proposals Trump has talked about in detail, so instead of mocking or dismissing it out of hand tonight, let’s take a serious proposal by a serious presidential candidate seriously.”

In the 18-minute segment, Oliver successfully debunks Trump’s estimated price of the wall, his claim Mexico will pay for it, his claim that the wall will work and then Oliver suggests a better alternative to the wall.

First, the cost. John Oliver shows several clips of Trump estimating what the wall will cost. Across several clips, a different price is quoted ranging from $4 billion to $12 billion. Oliver says his margin of error is the entire GDP of Moldova. But Oliver points out that the cost of the wall depends on the materials used and cuts to a clip of a kid asking Trump what materials he will use to make the wall.

“It’s going to be made out of hardened concrete, rebar and steel.”

John Oliver says now that we know what it will be made out of, we need to know the height of the wall — a detail for which Trump has been less clear. Trump has estimated the wall will be anywhere from 35 feet to 90 feet. John Oliver, for the sake of argument, takes the 35-foot wall that Trump says we will need to cut across 1000 miles.

John Oliver consulted with a construction estimator, who estimated the price of those materials for that expansion would be:

“$10 billion for the concrete panels, and $5-6 billion for steel columns to hold the concrete panels including labor. Plus, another billion for the concrete footing for the panels and a concrete foundation. So, that’s at least $16 billion. We’re already $4 billion over his largest budget, and we’ve only just gotten started here because those materials are heavy and you’re gonna have to transport them into many areas that are currently inaccessible to construction vehicles. So that same expert suggests another $2 billion to build roads so that 20-ton trucks can deliver those materials. And that’s not even getting into another 30 percent for engineering, design, and management. So now, we’re up to another $25 billion, anywhere from two to six times Trump’s original estimate. But wait, because we’re still not done. All of that is just building the wall, the Congressional budget office estimated in a similar project that wall maintenance costs would exceed the initial construction costs within seven years.

“So it’s a big dumb thing that only gets more expensive over time.”

But Trump says we shouldn’t care about the cost because “Mexico is going to pay for the wall.” Except for the tiny detail he leaves out that Mexico has repeatedly stated they aren’t paying for the fucking wall. The current treasurer of Mexico said that under no circumstance will Mexico pay for Trump’s proposal. And when Trump heard the former Mexican president Vicente Fox say the Mexican people were not going to pay for the wall, Trump responded in true Trump fashion that “the wall just got 10 feet taller.”

But more seriously Trump has stated how he will get Mexico to pay for the wall, saying:

“We have right now a $58 billion trade deficit with Mexico. That’s why the wall gets built by the way, that’s why they’re going to pay for it.”

John Oliver points out, however, that the trade deficit isn’t with the Mexican government, but with Mexican businesses. So it’s not like Mexico has this $58 billion lying around in a “big Scrooge McDuck money bin that’s labeled ‘Dumb American’s money: Do not spend on border fence.’ ”

Putting the cost and the bill aside, Oliver gets into the practicality of the wall itself. He wonders, “Where would we put a border wall?”

While it seems like a no-brainer that the wall goes along the border, it’s actually more challenging than that. Oliver highlights President George W. Bush’s border fence project that put fencing all along the Mexican border, except not quite. Quite a bit of the border between the U.S. and Mexico is separated by the Rio Grande in Texas, and it’s illegal to obstruct the flow of a river. So the fence had to cut off parts of our country, seized land under Eminent Domain from hundreds of American landowners, ran through wildlife preserves for endangered species and sacred Native American grave and archeological sites. This was all okayed by Homeland Security.

One woman was asked if she thought the fence was helping with security. Her response was perfect: “No. Stupid.”

“But look, Trump might well argue having a wall is worth all of this because it will act as a fortress to stop people and drugs from flowing over the border. But let’s look at that because the most recent authoritative estimate suggests nearly half of all unauthorized migrants now living in the United States entered the country legally through a port of entry such as an airport or a border crossing point using visas that they then overstayed. A wall can’t stop that.”

And while some people are crossing the borders illegally, there are still several ways to get over walls such as tunnels and ladders and ropes. Even Trump acknowledges this. Oliver cuts to a clip of Trump speaking to a raucous audience when he comes to the realization that the wall can be breached:

“So, you take precast plans that are 30-feet long, 40-feet long, 50-feet long. There’s no ladder going over that. If they ever get up there, they’re in trouble because there’s no way to get down. Maybe a rope.”

And as for stopping drugs, Oliver points to the many ways drug traffickers have thought up to easily bring drugs into the U.S. that no wall will stop such as catapults, drug-package shooting cannons, and tunnels from Mexico to the U.S.

What Oliver has managed to boil this down to is that the wall isn’t about practicality or safety but the sense of security. Is a multi-billion dollar ineffective wall worth the illusion of security?

Oliver says the cost of the wall works out to about $77 per person in America, which he says would be much better spent on a buying every man, woman, and child a Palmer waffle iron which will cost Americans about $1 billion less than a wall because they retail at $75. And you may be asking, why a waffle iron?

“This waffle iron plan will cost less, it’ll do nearly as much as the wall to keep out immigrants and drugs. It won’t harm our relationship with our third largest trading partner. If it is racist, it’s only racist towards Belgians. And unlike Donald Trump’s wall, this makes fucking waffles!

“So c’mon America, let’s ask ourselves ‘what kind of country do we want to wake up to?’ One that spends billions on an impossible and impractical symbol of fear, or one that smells like breakfast?”