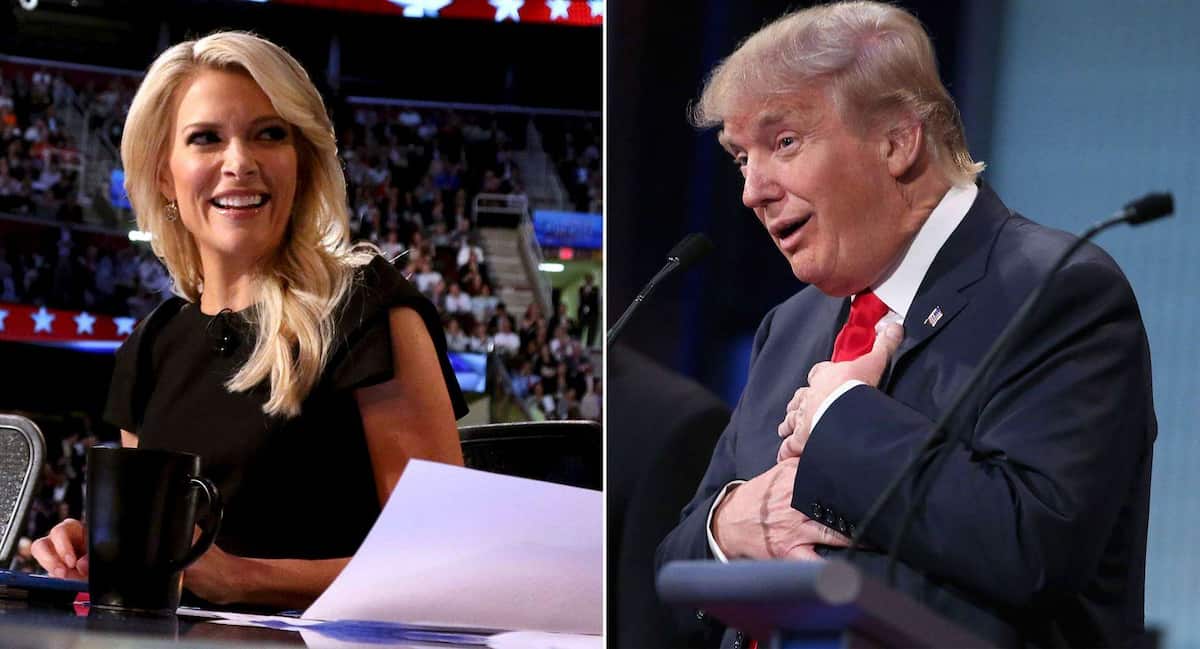 “He Tried To Silence Me, And In This Country You Cannot Do That.”

I feel like I should start with a disclaimer first: I, in no way ever agree with Megyn Kelly. She’s a partisan shill and is part of the Fox propaganda machine, which is something I object to both morally and intellectually .

That being said, she’s earned major respect from me over her troubles with Trump. In a way, she’s kind of a master troll. Long before this feud with Trump ever began I decided that she was the best Fox had to offer, which, of course is akin to being the best shit sandwich that a toilet has to offer. Nonetheless, she does have fleeting moments of journalistic integrity where she asks serious and tough questions while her colleagues seem content to stay comfortably within the right-wing bubble.

When I saw Kelly had invited Jorge Ramos on her show The Kelly File last night, I burst out laughing, thinking This wily little Fox is literally saying “fuck you” to Trump right before my eyes. BRILLIANT!

The one-sided feud being fought by Trump against Kelly, began at the first Republican Primary debate when Kelly asked the GOP front-runner a fair question: Does he think he’s electable even though he often attacks women he doesn’t like by objectifying them, putting their looks down and calling them names. The question cut Trump deep and he had a hard time answering despite having the audience’s support. After the debate Trump and his supporters responded by trying to silence Kelly by trying to get her fired, and having her banned as a debate moderator.  Trump then made sexist, offensive statements about the Fox host on Twitter and on CNN.

Essentially, Kelly goaded Trump into proving her right. She’s been a wall and has zero apologies for the toddler in the expensive suit.

While Trump was falling into Kelly’s trap, another journalist, Jorge Ramos, a chief news anchor from Univision, has been vocal in questioning how Trump plans on implementing his insane immigration plans if he were to become President. It’s a fair issue to question, considering how radical his ideas are. Does Trump really think he can deport 11 million people, plus their children (who were born U.S. citizens), and then embark on building an expensive and ineffective 1,900 mile long wall to keep people out.

Ramos reached out for an interview with Trump after the billionaire revealed his questionable plans on immigration. The Donald refused, instead publishing the request online to mock it. Ramos has serious questions that he can’t simply let The Donald slide on, given that 60 million Latinos may take part iin — and even decide — the election.

Ramos then showed up at a press conference in Dubuque, Iowa in order to ask the billionaire real estate mogul specifics on his immigration policy. It did not go well.

Ramos claimed he waited patiently for his turn. When it was his turn, he said he had a question about immigration, and added that Trump waited to hear the question. When Ramos asked his question, the man-baby threw a fit and had his security toss the reporter out of the press conference. Trump accused Ramos of shouting him down and being belligerent. Yet, the above video of the incident shows Ramos was just doing his job.

So, Kelly invited Ramos on her show. It’s pretty unusual, considering Fox News doesn’t typically take issues on immigration very seriously, but it did allow both journalists to flip Trump the proverbial bird.

She started by asking Ramos, “What is it like being caught in the cross-hairs by a billionaire Presidential front-runner?”

And hilariously, Ramos responds, “You know exactly how it feels.”

It was obvious Kelly didn’t want to talk about her own incident involving Trump, because that would be too easy. Instead she gave Ramos a serious amount of air-time to destroy Trump for attempting to silence the media.

I’ve been a journalist for 30 years, and I’ve never been ejected from any press conference anywhere in the world. Those are the things you see in dictatorships, not in the United States of America. It is very important that he answers the questions. He hasn’t answered the questions on, how is he gonna to deport 11 million undocumented immigrants from this country?

I’ve seen Kelly shout down her guests many, many times. This time, she let Ramos do his thing, only offering up one dissenting point in Trump’s defense, that Trump has an issue with Ramos’ station Univision, after Univision pulled Trump’s Miss USA pageantfrom their programming because Trump made racist comments calling Mexican immigrants rapists and killers.

“Can you understand Trump’s side of it, which is ‘This is not the outlet I wanna take these questions from ’cause their mind is made up about me’?”

I understand that but also he’s talking about the fastest growing electoral bloc in the United States. He’s talking about 60 million Latinos who will go to the polls and might decide the next election.

I think as journalists Megyn, with all due respect, I think we have to take a stand when it comes to racism, corruption, discrimination, public lies, dictatorships, and human rights.

Quite simply, Trump is emerging as a bully who can’t answer questions about his super-secret plans for the U.S. and that’s not how our country works. As critical as Donald Trump is of President Obama, Obama is willing to go to stations who report lies about him, and he does take questions from journalists he has issues with, without kicking them out of the press conference and then without attacking those people over Twitter like a snobby little twit.

I’m just really confused about how the right-wing can constantly harp on the President for having no class, yet Donald Trump is the GOP favorite. What kind of mental gymnastics does it take to reconcile that hypocrisy?