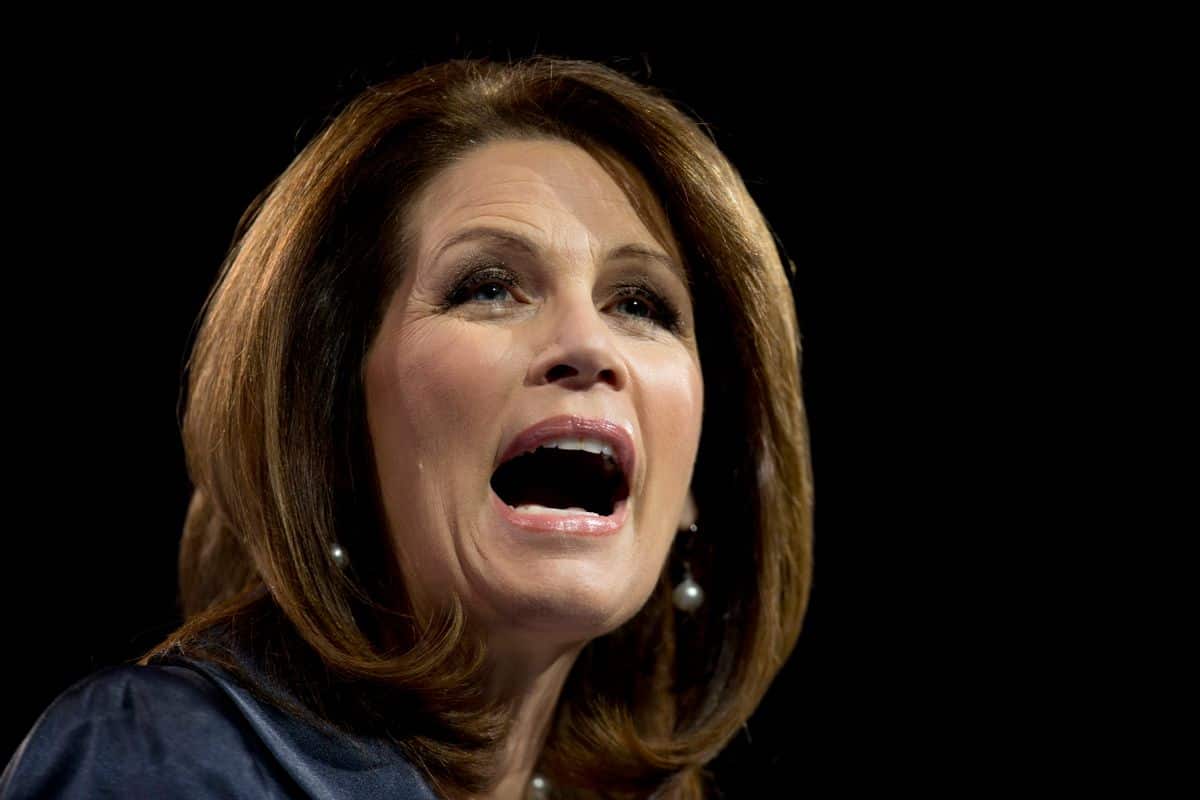 Michele Bachmann is apparently very excited these days. She is convinced that the End Times are upon us and she and her fellow Christians are about to be whisked off into heaven, where she and the others will get to hang out with Jerry Falwell and enjoy eternal  joy and bliss.

And of course, there is only one man to thank for the impending Rapture: It’s the socialist Marxist Islamic terrorist-sympathizing anti-Christ who currently occupies the White House.

In a radio interview last week on the End Times program, Bachmann told host Jan Markell that this whole Rapture thing is just around the corner:

“We need to realize how close this clock is getting to the midnight hour. We in our lifetimes potentially could see Jesus Christ returning to earth and the rapture of the church. We see the destruction, but this was a destruction that was foretold.”

So what has the Evil One done this time to incur the wrath of God? Let “crazy eyes” Michele fill you in:

“Barack Obama is intent. It is his number one goal to ensure that Iran has a nuclear weapon…”

“…If you look at the president’s rhetoric, and if you look at his actions, everything he has done has been to cut the legs out of Israel and lift up the agenda of radical Islam.”

But there’s more! God is mad at us because of abortion and gay marriage, and because of our penchant to embrace a “pagan view,” according to Bachmann.

“Any nation that accepts God and his principles is blessed, and those who push away are cursed. That’s what we’re seeing happen to the United States. We will suffer the consequences as a result.”

Wonder which nations she considers to be “blessed” by God? Could it be those largely secular nations in Europe, along with Australia and Canada, who have a better standard of living than we do thanks in due part to their socially progressive policies? Funny how all of the nations with the highest standard of living and who are the most socially progressive somehow manage to stay out of stupid and costly wars.

So while we may be inciting God’s anger, at least there’s a silver lining. Let Michele show us the way:

“That’s why so many Christians I think are sad and despairing because we know what the word of God says. But it is also a chastening as individual believers for our good and that, to me, is extremely exciting.”

Listen to Bachmann’s comments below.

GOP Pretends To Lead By Allowing A Vote On Nominee, But McCain Shows What A**holes They Really Are