Still Think The North Won The Civil War? These 12 Maps Will Prove You Wrong (IMAGES) 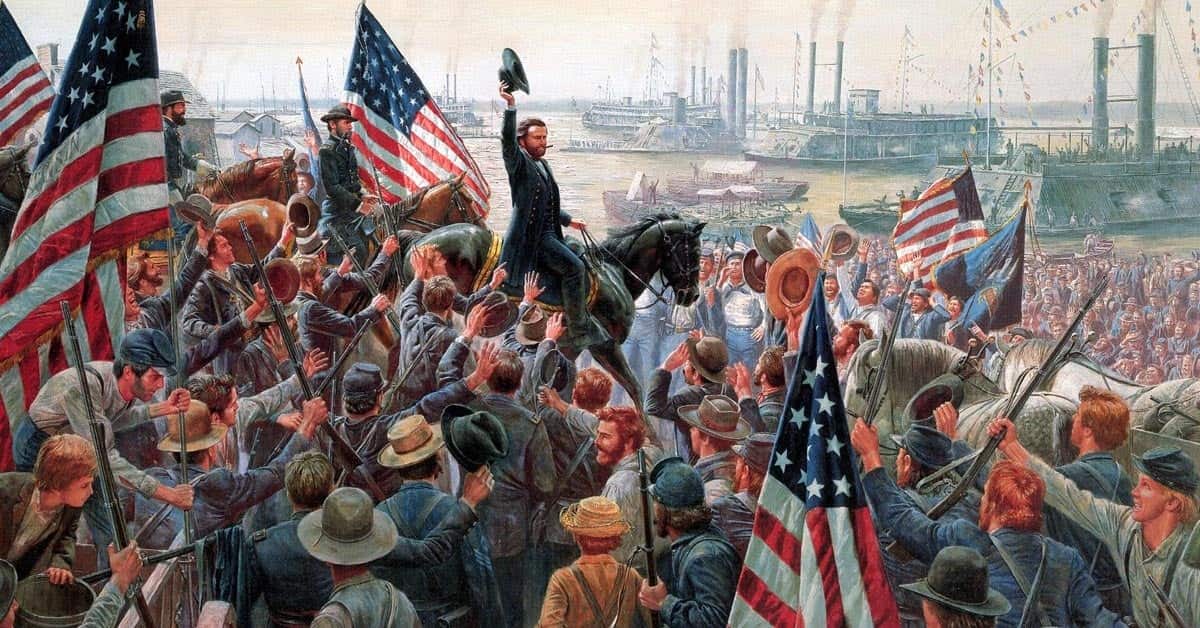 Still think the North won the Civil War? Then how do you explain the slow-but-sure Southernization of America? While we were busy patting ourselves on the back for being the most wealthy and free nation in the world, the Old South took over the GOP and began forcing its values and beliefs back onto the rest of us.

And of course, the Old South’s “values and beliefs” all exist to serve a slave economy that fattens the few while starving the many. In Harold Meyerson’s brilliant piece on the Southernization of America for the American Prospect, he explains why we’re still stuck fighting the Civil War.

Meanwhile, the Republican Party is slowly-but-surely rolling back all the gains made by women, people of color and workers during the 20th century.

The South’s current drive to impose on the rest of the nation its opposition to worker and minority rights—through the vehicle of a Southernized Republican Party—resembles nothing so much as the efforts of antebellum Southern political leaders to blunt the North’s opposition to the slave labor system.

The Old South may not be able to bring back the days of unpaid slave labor, but the GOP’s doing the next best thing by shredding our safety net, slashing our wages, and taking aggressive measures to keep the vast majorities of us from voting them out of power.

Now as then, white Southern elites and their powerful allies among non-Southern business interests seek to expand to the rest of the nation the South’s subjugation of workers and its suppression of the voting rights of those who might oppose their policies.

And really, there’s nothing new about the unholy alliance between the old Southern elite and the Northern bankers, tycoons, and captains of industry who profit from their slave labor-based economic development model. What is new — as Mayerson points out — is the current wave of Northern political figures bearing the mantle of Southern values.

What’s new is the spread of historically white Southern values to Northern Republican politicians—the latest development in the 50-year Southernization (and nearly complete racial whitening) of the Republican Party.

The 12 maps we gathered for this article not only reveal the slow-but-sure Southernization of America, but also expose how Americans living in the Old South are still worse off than the rest of us by nearly every quality of life indicator. And, alas, that is by design.

The Southernization Of America Began As “We” Moved West.

Take a look at this map of free vs. slave states and territories in 1861, when the Civil War began. As you can see, the pattern of “red” states vs. “blue” states looks quite familiar to the modern eye…the Southernization of America began as “we” (meaning people of white European descent) began moving West. Although the Northwest Ordinance banned slavery in the Northwestern territories in 1787, the Southern elites saw anything below or near the Mason-Dixon Line as fair game. Congress took care to maintain an equal balance of slave and free states as we expanded, thereby creating the constant Senate gridlock that plagues us to this very day.

Then, as now, the South’s economy relied on cheap commodities (cotton, tobacco, and now, coal), cheap labor, and low taxes. Meanwhile, the North — whose terrain, weather and crops proved less well-suited to slavery — had evolved a more diverse and vibrant economy.

Our history classes teach us all about how the North “won” the Civil war and how Abraham Lincoln freed the slaves. What we don’t learn is that the American dream was built on the backs, blood and bones of black slaves whose labor powered America’s rise to riches, and the Native Americans whose lives, culture and land we stole. As explained by Cornell History Professor Edward E. Baptist in Salon, slave labor gave the South a huge leg up in the world’s booming cotton markets. Plus, the slave trade itself was a huge industry:

From 1783 at the end of the American Revolution to 1861, the number of slaves in the United States increased five times over, and all this expansion produced a powerful nation. For white enslavers were able to force enslaved African-American migrants to pick cotton faster and more efficiently than free people.

Thanks to slaves and Eli Whitney’s invention of the cotton gin, the South’s elites grew wealthy and powerful even as the region as a whole grew poorer. Then the South’s ruling classes lost their slaves, and have been desperately trying to find new slaves ever since.

So how does the Southernization of America explain what modern-day Republicans really mean when they talk about “freedom?”  Read on.

Still Think The North Won The Civil War? These 12 Maps Will Prove You Wrong (3 of 3)

Still Think The North Won The Civil War? These 12 Maps Will Prove You Wrong (3 of 3)