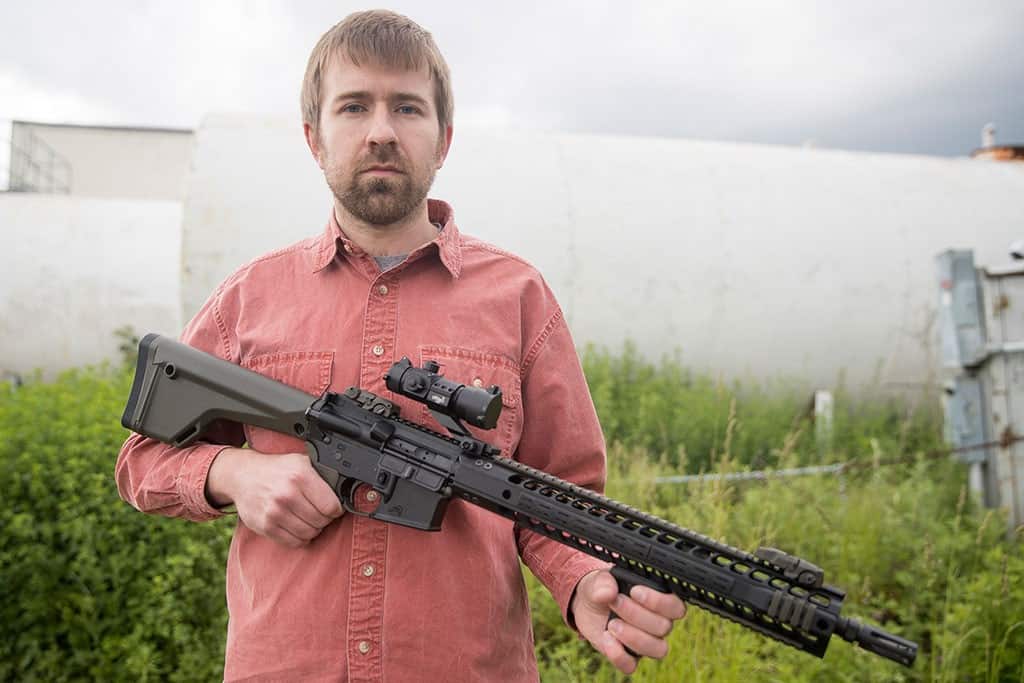 At one online gun shop in the U.S., AR-15’s are literally flying off the shelves, with more than 30,000 being sold in one seven-day period. Pennsylvania-based Hunter’s Warehouse says that people have been buying up the rifles since 49 people were murdered in the Orlando nightclub shooting.

This semi-automatic relative of the military M-16 assault rifle was used in the mass murders at Sandy Hook Elementary School, San Bernardino Inland Regional Centre and Pulse nightclub in Orlando.

Tom Engle, owner of the shop, told Fox Business Network’s Stuart Varney that his online operation, which consists of 300,000 to 400,000 weapons had sold 30,000 the rifles since Sunday.

He explained that a Federal Firearms License (FFL) allows gun store owners to manufacture and import firearms and ammunition all across the U.S. While every state has its own regulations regarding firearms laws, it’s not particularly difficult to purchase an AR-15 online.

This isn’t the first time gun sales have skyrocketed in the aftermath of a mass shooting. As The New York Times points out, this is, quite sadly, a common occurrence. In November, 2012, when President Barack Obama was re-elected, 1.1 million firearms were sold in the U.S. In January, one month after the Sandy Hook massacre and the month of Obama’s inauguration, 2 million guns were sold.

Gun sales also spiked after the deadly mass shooting at the community center in San Bernardino last December, meaning that during this month, more of these weapons were sold than in any other month in nearly two decades. Once again, this is likely because of the ensuing calls for stricter gun-buying laws, based on federal data released in January.

Fear of restrictions being placed on purchasing firearms has been the single biggest driver of spikes in gun sales, far above the effects of mass shootings and terrorists attacks alone, the Times found in an analysis of federal background checks.

According to Engle, some gun owners get panicky when talk about stricter regulations resume. Shootings, he said, don’t impact gun sales.

“It’s when the government starts talking about banning particular guns and up go gun sales,” he said. “When people lose their right to buy a particular gun or a particular type of gun, they go after them and they want them then.”

Under the 1994 Assault Weapons Ban, rifles such as the AR-15 were banned. When the law expired in 2004, and Congress failed to renew it, these guns entered the marketplace once again.

But Why Are Semi-Automatic Weapons Such As The AR-15 So Popular?

Writing for Vox, gun owner Jon Stokes, from Texas, puts it like this:

“With the AR platform, a person with absolutely no gunsmithing expertise can buy one gun and a bunch of accessories, and optimize that gun for the application at hand. You can even make an AR-15 into a pistol,” he said. “Cops and civilians buy AR-15s because that one gun can be adapted to an infinite variety of sporting, hunting, and use-of-force scenarios by an amateur with a few simple tools.”

“In this respect, the AR-15 is basically a giant Lego kit for grown-ups.”

This may be why this rifle is so popular. The National Shooting Sports Federation reports that five million Americans own an AR-15.

While it’s understandable that gun owners who are responsible may be concerned about assault weapons being banned, there is also this to consider: There have been 145 mass shootings since the beginning of this year, with 6,333 people having been killed by guns. It is unclear how many of these killings were committed by assault weapons or handguns, but mass killings such as the one that occurred in Orlando are going to continue if some form of meaningful gun control legislation doesn’t pass in the Senate. And it hasn’t, because yet again, Senators beholden to The National Rifle Association have let us down again, blocking two gun measures that would have strengthened background checks and created a judicial review process that would prevent terrorists from having access to guns.

But who cares if innocent people lose their lives, as long as our politicians and gun store owners can continue to fatten their wallets?