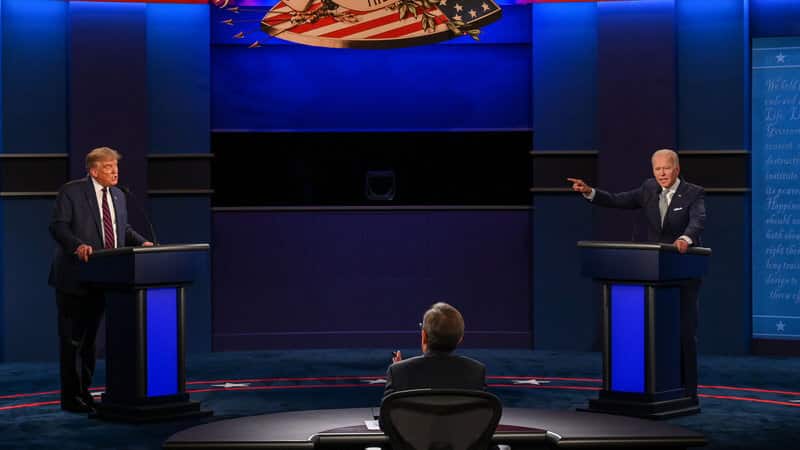 Some voters in South Carolina were rather confused, and gob-smackingly uninformed about who they were watching on the Republican debate stage, Saturday. As Crooks and Liars reported, South Carolinians watching the debate took to Twitter and asked the search engine gods:

Yes, America, that’s right. A good chunk of the voters who are about to have the next big say in the matter of who our next president will be are curious. Hmmm, those two gentlemen happen to both have the last name Bush. Perhaps, there is some connection between them that goes beyond the merely coincidental? Maybe they are distant cousins, thrice removed? Possibly, they’ve even been to the same family gatherings. If one didn’t know better, and one clearly doesn’t, one might think there was something dynastic, nay, even, nepotistic, about the connection between George the Bush and Jeb the Bush. Jebbie and Dubya Shrubbery. Could they be related?

Should We REALLY Let Voters Decide?

Hooo boy, America. There are some dumb, dumb, dumb voters out there. It almost makes you want to throw in the towel and let Wall Street buy the government outright. I guess we should be happy that they at least went to Google and asked, rather than nominating the man, and, God forbid, electing him; and then living blissfully unaware for 8 years that he was the brother of the previous Republican president and the younger son of the prior one.

Google published a top-five list of various dimensions of search patterns during the debate, including on each candidate, and several issues debated. The Jeb Bush list really jumped out. Voters in South Carolina also asked Google, “Is Jeb Bush Catholic?” Of course, in certain parts of South Carolina, that could disqualify Jeb from buying a cup of coffee, let alone winning primary delegates. “Where is Jeb today?” Is that to go hear him speak, or to throw tomatoes at him? “What political party is Jeb Bush?” This is almost as painful as the first one. South Carolina wonders: this secret scion of America’s most powerful Republican dynasty, he ain’t some kinda librul is he?