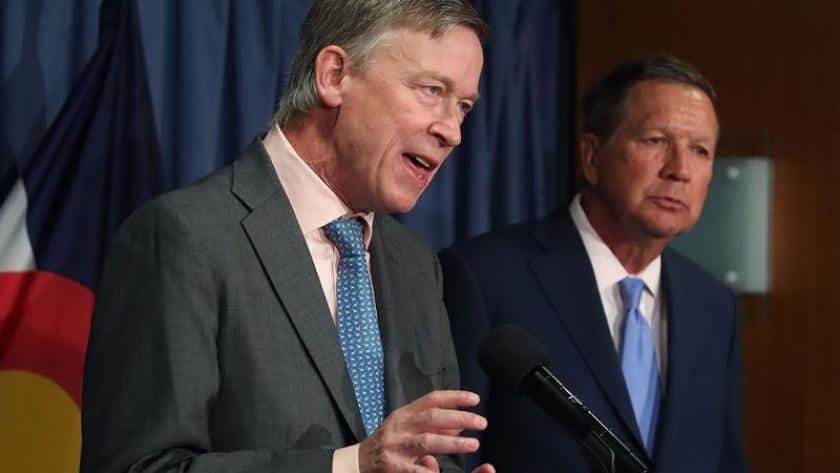 On Friday the White House announced that it was asking forty-six U.S. Attorneys to submit their resignations. They were further instructed to clear out their desks by the end of the day. Replacing staff at the Department of Justice is a routine part of most administration transitions. However, it is rarely done so ham-handedly without prior notice or opportunity to orient the replacements.

By acting so impetuously, Donald Trump is leaving numerous in-progress investigations without leadership or direction. They include cases involving terrorism, drug trafficking, civil rights abuses, and more. There is no reason to rush these lawyers out the door. Most are career attorneys who have served during both Democratic and Republican administrations.

One possible explanation for Trump’s hastiness could be something he saw the night before on Fox News. Sean Hannity demanded that anyone affiliated with the Obama administration be summarily dismissed ASAP. What he was advocating was nothing short of the purges conducted by old-school tyrannical regimes. Perhaps it’s a coincidence that Trump carried out the ideological cleansing the next day. But there is abundant evidence that he responds obediently to things he sees on Fox News.

Which makes the case of fired attorney Preet Bharara especially troubling. Bharara is the U.S. Attorney for the Southern District of New York. In that jurisdiction he has had responsibility for high profile prosecutions of organized crime, Wall Street corruption, and political malfeasance. He has a reputation for being thorough and non-partisan. He was even personally asked to remain by President-Elect Trump last November, which he agree to do.

What makes Bharara’s dismissal so controversial is that one of the cases he is currently investigating involves Fox News. Last month the New York Daily News reported that:

“The feds are conducting an ‘ongoing criminal investigation’ of Fox News Channel and whether Rupert Murdoch’s company hid from investors the payments it made to employees who alleged they were sexually harassed, an attorney alleged in court Wednesday.” […]

The ever-increasing number of former female Fox News staffers alleging sexual harassment is not just a moral atrocity. It also threatens to cost the network millions of dollars and loss of prestige. The current rash of scandals began with Gretchen Carlson and quickly spread to others including Andrea Tantaros, Juliet Huddy, and even Megyn Kelly. As such it’s pertinent to any analysis of the company’s fiscal health and they have a responsibility to inform investors. Fox News already lost its founder and CEO. Roger Ailes, as a result of the scandal.

To say the least, it is unseemly for Trump to shove Bharara out the door while he is working on such a sensitive case. Fox News is Trump’s most devoted media cheerleader, thus he has an incentive to shield them from legal jeopardy. And for this act of presidential protection to take place immediately after a plea from Hannity – Fox’s most adoring Trump fluffer – just compounds the inappropriateness.

Bharara, as a matter of principle, refused to cooperate with the Trump purge. CNN reported that he would not comply with the request for a resignation. In effect, he dared Trump to fire him. And given Trump’s penchant for petty vengeance, that is exactly what Trump did. This opens the door for a replacement who Trump is already considering. Marc Mukasey is a lawyer who counts among his clients Fox’s ex-CEO Roger Ailes. Were he to assume the position, it is unlikely that the case against Fox News would proceed. This is how Trump drains the swamp.

BRILLIANT: The ‘No TRUMP Act’ Was Just Introduced in Congress in Response to Presidential Corruption