Abortion Rates Highest Among Christians According To Groundbreaking Study 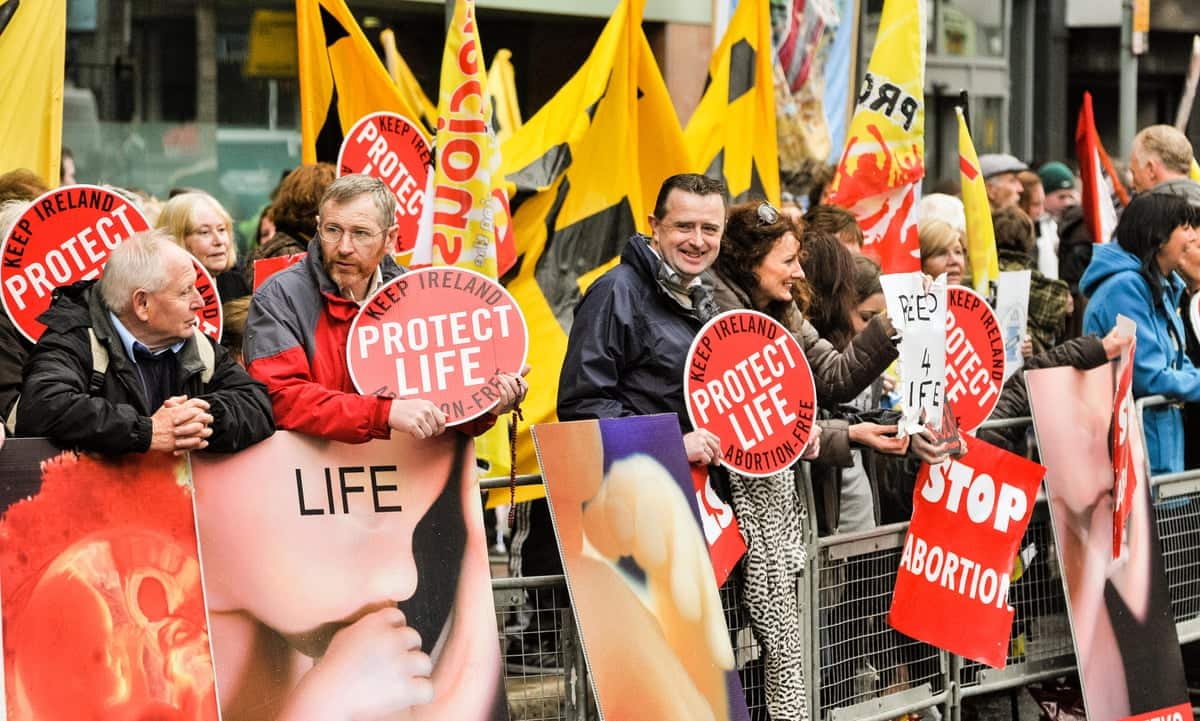 When it comes to anti-choice activists interfering with women’s reproductive rights, there’s no denying that it’s mostly Christian groups trying to get Planned Parenthood and other abortion providers shut down. From the Pro-Life Action League to the National Pro-Life Religious Council, there’s an undeniable link between Christianity and anti-choice activism. That’s what makes a recent survey, sponsored by a self-proclaimed pro-life group, so ironic.

The newly released research, conducted by Christian research group LifeWay at the behest of pro-life group Care Net, paints a very different picture of those seeking abortions than you might imagine. The study interviewed 1,038 women who had received an abortion. Surprisingly, a full 70 percent of these women were Christian.

Strangely enough, those who subscribe to these beliefs also happen to be some of the most fervent against Planned Parenthood and other abortion providers. Research from the Pew Research Center, shown below, found that many with opposing views against abortion identified as Protestant or Catholic.

When looking at further Pew research, we see that those who attend church weekly are more likely to believe that abortion should be illegal in all or most cases. Those who believe in God, pray daily and claim that religion is crucial to them also had high rates, as shown below.

We can fully expect many right-wing individuals to claim that these women aren’t really Christian. That seems to be the go-to argument when Christians engage in behaviors contradictory to the image many would have us believe. Not all anti-choice individuals, however, make this claim. In fact, pro-life author Mary Claire Kendall had this to say:

“Choosing life, when you’re pregnant and unmarried, or not married to the father, has never been an easy decision. All the stars I write about who had abortions… were deeply wounded by their decision. […] For all of these women, the church ultimately became a place of healing. For God’s forgiveness… was more powerful and important than toxic, destructive gossip.”

So in Kendall’s mind, it is possible that those getting abortions are actually Christian. You may wonder, though, what she’s referring to when she mentions “toxic, destructive gossip.” The Christian Post may have described it best:

“The survey also found that 64 percent of respondents feel that members of the church are more likely to gossip about their pregnancy or abortion consideration rather than help them understand their pregnancy options.”

So while Christian women go through one of the most difficult decisions of their lives, they’re faced knowing that the very church meant to give them guidance is more likely to ridicule and gossip about their plight than genuinely provide helpful advice.

In reality, her implication is far from the truth. A study published by the Public Library of Science (PLoS), for instance, found that 99 percent of women “felt they made the right choice in terminating their pregnancies.”

So while anti-choice religious groups say that most women regret their decision, science has shown us otherwise. While they say that those getting abortions are non-religious charlatans, research tells us differently. Heck, we’ve even found verses potentially indicating that the Bible supports abortion.

As usual, however, these people don’t care about facts or logic. They care about imposing their will on others, and sadly, it’s gotten to the point that religious women are scared to even seek guidance from their own church. Very Christ-like indeed.