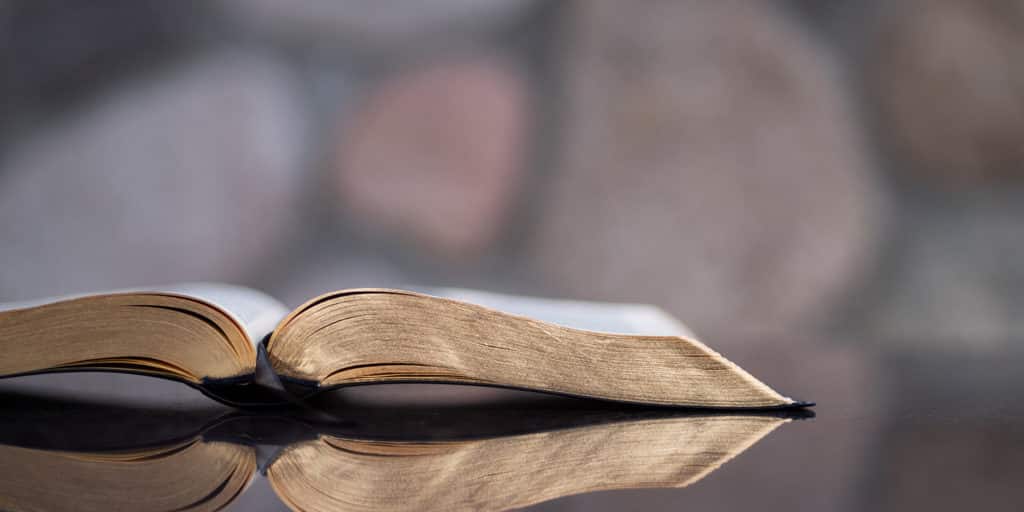 Unfortunately for anti-choice advocates, ‘the Bible supports abortion’ isn’t just a clickbait title. A literal interpretation of the Good Book really does support the idea that abortion isn’t murder. Even worse, it’s not just in one verse.

Before we get to the verses that show abortion isn’t murder, though, let us first look at why modern anti-choice arguments make no sense.

When speaking with an anti-choice advocate, they will bring up various Biblical verses and claim that they’re proof that abortion is murder. Unfortunately for these individuals, the Bible never actually says this. They’re simply taking verses and twisting them to imply that abortion equals killing a human.

It’s strange, though, that the Bible wouldn’t directly outlaw abortion if it was wrong. After all, each of the books of the New Testament were written in the Common Era (CE) — often referred to as A.D. Yet the earliest evidence of an induced abortion dates to 1550 BCE. This, of course, is around 1,545 years before Christ was even born.

Additionally, the Code of Assura provided for the death penalty if a woman got an abortion without her husband’s blessing. This was in 1075 BCE. It just seems weird, even with historical evidence that abortion was occurring over 1,500 years before Christ, that the Bible never specifically outlaws it.

It seems like God would have directly outlawed abortion if it was so important. Alas, that’s neither here nor there. Let’s get to the verses of the Bible supporting abortion advocates.

“When men have a fight and hurt a pregnant woman, so that she suffers a miscarriage, but no further injury, the guilty one shall be fined as much as the woman’s husband demands of him, and he shall pay in the presence of the judges. But if injury ensues, you shall give life for life, eye for eye, tooth for tooth, hand for hand, foot for foot, burn for burn, wound for wound, stripe for stripe.”

This Biblical verse lays out the penalty for accidentally causing a woman to miscarry, and it’s just a fine. If the woman herself is injured during the incident, however, the good old “eye for an eye” rule comes into play.

So if the mother dies, the person who caused the death dies. If only the unborn child dies, however, the at-fault party has to fork over a few shekels. If an unborn fetus is a human life, why is it not treated as such in this verse?

Ecclesiastes 6:3-5 – Unfulfilled Life Not Worth Living

“If a man beget a hundred children, and live many years, so that the days of his years be many, and his soul be not filled with good, and also that he have no burial; I say, that an untimely birth is better than he. For he cometh in with vanity, and departeth in darkness, and his name shall be covered with darkness. Moreover he hath not seen the sun, nor known any thing: this hath more rest than the other.”

“The total number of Levites counted at the Lord’s command by Moses and Aaron according to their clans, including every male a month old or more, was 22,000. The Lord said to Moses, ‘Count all the firstborn Israelite males who are a month old or more and make a list of their names.’”

In these verses, God tells Moses to conduct a census of all Levite males, but he only tells him to count those who are at least one month old. It’s almost as if those younger than a month don’t hold human value.

Is it possible that the Bible is implying that a soul doesn’t enter a child’s body until it’s one month old? The following verse seems to contradict this, but not in a way that benefits a “pro-life” advocate’s argument.

“And the Lord God formed man of the dust of the ground, and breathed into his nostrils the breath of life; and man became a living soul.”

This verse talks about the creation of Adam. It specifically states that God formed Adam from dust, but he wasn’t yet a living soul. Not until God breathed life into this inhuman form did it become alive. If Adam, the first human to ever exist, had to take a breath before being considered a living soul, why is the same not true for unborn fetuses?

Numbers 5:27 – Abortion Is Okay, If The Mom Doesn’t Approve

“If she has made herself impure and been unfaithful to her husband, this will be the result: When she is made to drink the water that brings a curse and causes bitter suffering, it will enter her, her abdomen will swell and her womb will miscarry, and she will become a curse.”

This is a fun one. Earlier in Numbers, it’s stated that, if a man suspects his wife of sleeping with another man, he may bring her to a priest who will create some sort of magic potion with water and dirt. The woman is then made to drink said magic potion. If she has not cheated on her husband, nothing will happen.

If the woman has cheated and is carrying another man’s child, though, the mystical dirt water — we can call it magic mud — will cause her to immediately miscarry. This is a directive coming straight from God himself to Moses. So even if pro-lifers can dodge all these other verses, they can’t deny that this one essentially says, “Abortion is okay as long as it’s forced upon a woman, against her will, for cheating on her husband.”

Not a Fan of Hillary? Consider the Alternative