YIKES! 41 Percent Of Americans Believe That Humans And Dinosaurs Co-Existed 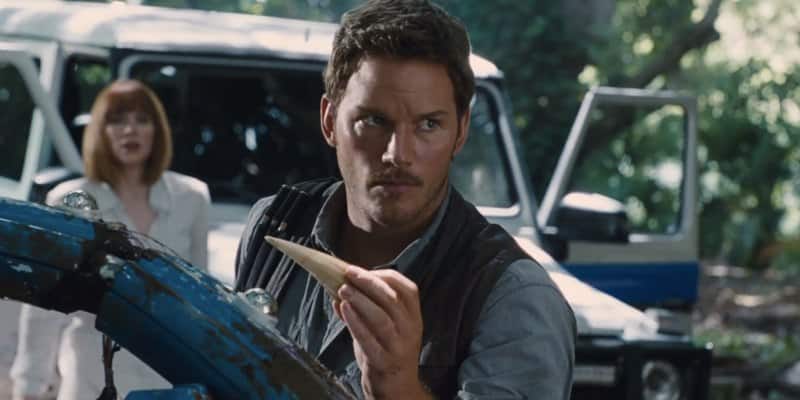 The idea that humans and dinosaurs once shared the earth together apparently isn’t a fantasy to millions of Americans, according to a recent poll released by YouGov. Some 41 percent of Americans believe that humans “probably” or “definitely” inhabited the planet at the same time as dinosaurs. The breakdown was 14 percent of those polled “definitely” and 27 percent “probably” believe that humans frolicked alongside creatures who were many times larger than they were.

Apparently, the popular Jurassic Park series isn’t just a fantasy for those people, who not surprisingly tended to be more religious than those who believe that dinosaurs were around and then disappeared way before humans came along. YouGov notes that those Americans who describe themselves as “born again” (56%) believe that humans and dinosaurs co-existed, while just 22 percent of “born again” Americans have the belief that dinosaurs and humans did not coexist.

In reality the earliest ancestors of humans have only been on the planet for 6 million years, while the last dinosaurs died out 65 million years ago.

The fact that so many religious Americans believe that humans and dinosaurs co-existed shouldn’t be so surprising. Many of them believe that Earth was created by God some 6,000 to 10,000 years ago, which is way too short of a time frame for dinosaurs to exist and then die out before modern day humans came into existence. Besides, the various species of dinosaurs were amongst the thousands of animals placed on Noah’s Arc, according to the common Christian interpretation of Genesis.

The notion that humans and dinosaurs inhabited Earth at the same time, coupled with the young earth creationism theory that the planet has only been around for 6,000 to 10,000 years, begs some logistical questions… How could humans, who according to the Bible, came from Adam and Eve and then somehow spread throughout the world, have survived being fodder for meals not only for dinosaurs, but also bears, lions, and other large carnivorous beasts over that brief period? Have these particular Christians ever taken the time to think through the logistics of how humans could have survived these elements and others, such as diseases that there were no cures or treatments for? How could humans have multiplied from two people a few thousand years ago to some seven billion today? Or much less have the mobility and the means to fight off the elements to spread so rapidly around the globe and then develop such defining physical characteristics and cultures? Spears don’t seem like a formidable enough weapon to fight off lions and bears, much less dinosaurs.

The short answer is that it just isn’t possible. But many of those Christians who believe in young earth creationism are living in a fantasy world, and many of them don’t actually believe dinosaurs really existed since their presence throws a monkey wrench into their worldview. Guess all of those fossils were invented in some sinister liberal scientific laboratory somewhere…

No wonder these Christians hate science class. Unless it’s called Creationism 101, of course.

Scalia And Roberts: Corporations Are People. Gays And Lesbians? Yeah, Not So Much