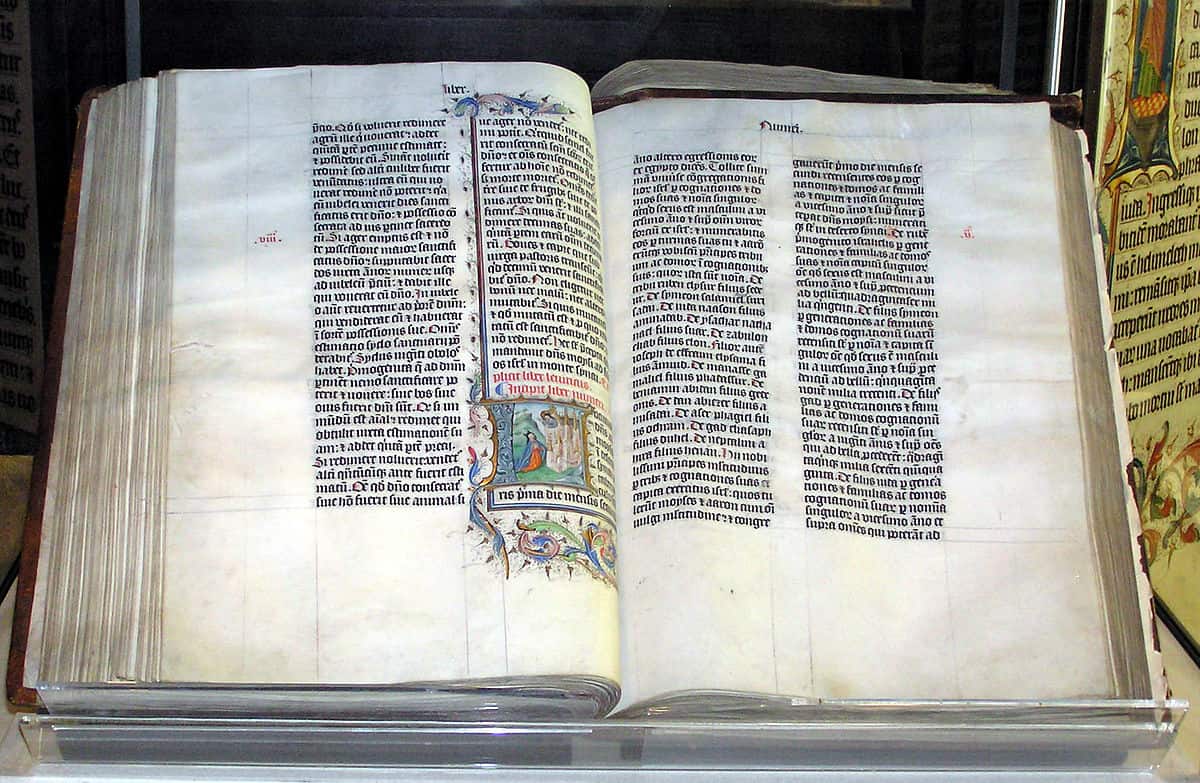 To hear right-wing politicians and pundits tell it, the Quran is the most violent religious book out there. If this were the case, though, it would only make sense that text analytics software — programs that can almost instantaneously review entire books — would find countless examples of this violence. Instead, it found something even more compelling.

Data mining is a strategy that Fortune 500 companies use to discover patterns they can then use to improve their business. Text analytics is one of these “mining” processes, and Tom H.C. Anderson’s OdinText is on the cutting edge of the technology. These research tools are mostly used in the marketing world, but Anderson decided to showcase some other uses of OdinText.

“[T]o understand any religion one must start with its literature. So, we thought it would be an interesting exercise to compare the primary books of Islam and Judeo-Christianity… using the advanced data mining technology that Fortune 500 corporations, government agencies and other institutions routinely use to comb through large sets of unstructured text to identify patterns…”

To put it simply, Anderson entered the entire Quran along with the Bible into his text analytics program. He then set the tool to seek out specific words and phrases that conveyed emotions and actions such as anger, fear, joy, destruction and killing. We should point out “OdinText initially scans all data with the exact same assumptions. This allows for completely fair and 100 percent consistent coding.” Within two minutes, Anderson had his answers.

When compared with the entire Bible, the Quran showed higher rates of the emotions joy and trust. Conversely, it also showed more mentions of fear and anxiety. It’s when the Old and New Testaments were examined separately, though, that more enlightening data came forth. This was done in an effort to separate Judaism, Christianity and Islam, and the results were illuminating, to say the least:

You’ll often hear right-wing Christians say that the violence in the Old Testament is no indication of Christianity because the birth of Jesus Christ gave us a clean slate. Even if this is the case, though, this text analytics study shows that even the New Testament contains more violence, murder and destruction than the entirety of the Quran.

Side note:  Recent studies have shown that Christianity may have been based on popular fairy tales. Considering the violence in some of those, none of these findings are all that surprising.

You’ll only find the most uninformed among us denying that violence exists in religious texts. And while it might be surprising to some that the Bible is more violent than the Quran, at least the New Testament is all about forgiveness, right? Jesus Christ comes to earth to save us from our own sins, so the New Testament should definitely win in the forgiveness and grace categories, correct? Awkward:

We’ve done stories before on things more likely to kill you than Islamic extremism, and the results of this new data seem to explain why. Forgiveness is a central aspect of the Islamic holy book, and the religious texts of the three Abrahamic faiths, undoubtedly the cornerstone of each worldview, show that Christian and Jewish texts share a larger propensity for violence than the Quran.

Sadly, the results of this text analysis will likely mean nothing to the most extreme right-wing religious fanatics. We’ve seen numerous studies that strengthen the “dumb conservative” stereotype, and they go a long way in explaining why these new facts won’t alter any opinions. Unfortunately, we can only present the science to the uninformed; we cannot make them accept it.