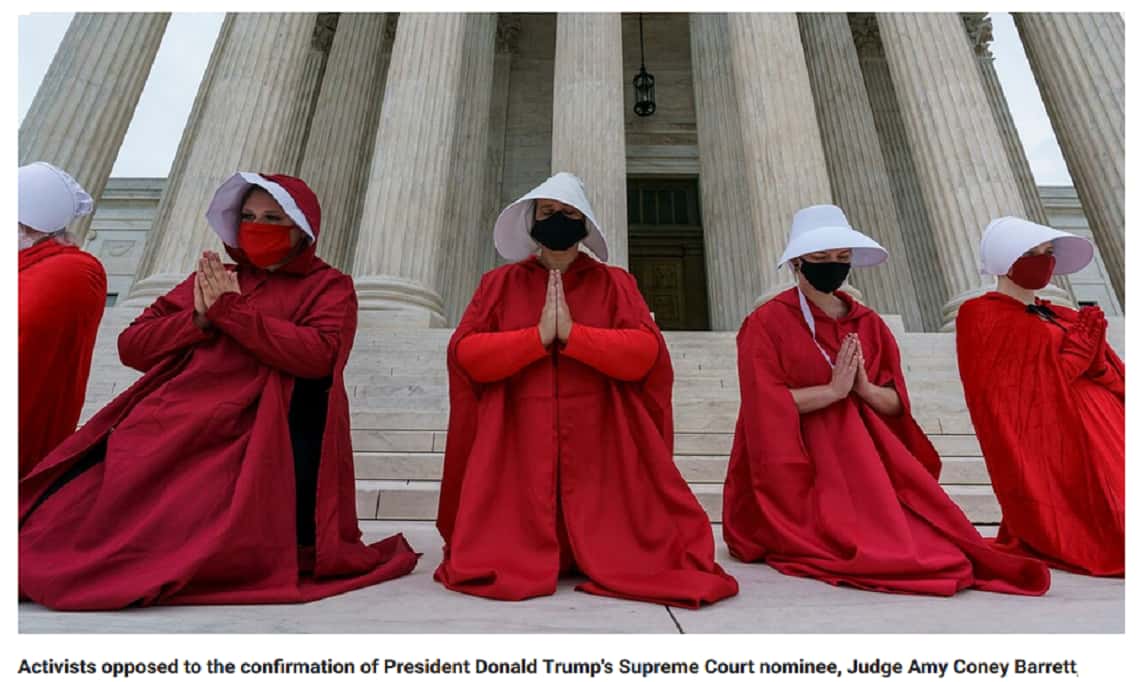 Theocracy here and now: An introduction to Christian dominionism

There is a subversive movement going on right now in the U.S., and every citizen should be aware of it. It’s called “Christian Dominionism,” and its followers seek to overthrow our government and transform it into a theocracy. This is  NOT hyperbole or hysteria. This is well-documented, and has been brewing for decades. Why doesn’t anyone want to talk openly about it? God, that’s why.

You don’t believe me?

Several years ago, I read a book that changed my life. The book outlines a theo-political movement that is very frightening and extremely dangerous, principally because it seems so innocuous. And because it’s based in “Christianity,” it’s considerably difficult to criticize. When I mention “Dominionism,” in conversation, it’s as if I’ve suddenly grown three heads.

Perhaps most don’t want to get into the subject because it sounds so heavy, or they think it is some liberal conspiracy theory. Fine. Humor me and Google the terms “Christian Dominionism,” or “Christian Reformation,” or “New Apostolic Reformation.” What you will find will boggle your mind. Most of these groups sprung up during the 1970s, and the amount of resources about these movements is astounding.

So, why isn’t every citizen of the United States well-versed in the evils of this movement?

One of the largest obstacles to criticizing the theocratic Christian Dominionist movement is the terminology. The language commonly (and accurately) used to describe it may seem too off-putting, too cerebral, critical, divisive, and even insulting. Of course much of it is not how these groups would describe themselves. They use criticism as yet another reason to exploit themselves as the persecuted victim.

But it’s time to call a spade exactly what it is. A spade.

What we are seeing – particularly in Republican politics – is known as Christian Domionism. The ultimate objective of Christian Dominionism in the U.S. is to abolish Separation of Church and State and establish a distinctively Christian Nation based on Old Testament law. Dominionism goes by many names: Christian Dominionism, Theocracy, Old Testament Christians, Creationism, Christian Reconstructionist, The Seven Mountains Dominionists, Kingdom Now, Quiverfull, and yes, much of The Tea Party.  These sects all have the same basic motives; to overtake American government and culture, and eventually convert the world to their brand of Christianity, so Jesus can come back and rapture all the good people to heaven.

The foundation of Dominionism and its various sects can be found in this verse from the Old Testament:

And God said, Let us make man in our image, after our likeness: and let them have dominion over the fish of the sea, and over the fowl of the air, and over the cattle, and over all the earth, and over every creeping thing that creepeth upon the earth. ~ Genesis 1:26

Dominionists interpret that verse not as most Christians are taught – God entrusting humans with the stewardship of the earth and a food supply – but instead as an order to harness the power of the world and break it.  Every creeping thing? For them, that includes people. This verse, in context, is only a small part of the Christian creation myth.  One simple word, for these groups, lends it an entirely different meaning. Dominion equals control. Dominate. Dictate. Conquer. Subdue.

“a movement that, while including Dominion Theology and Reconstructionism as subsets, is much broader in scope, extending to much of the Christian Right in the United States”.

In 2005, Clarkson listed the following characteristics that all forms of dominionism share:

There are many branches off the sects of Christian Dominionism. Let’s look at the Top Three Sects.

Christian Reconstructionism has a more intellectually high-minded worldview, and is most popular with the more conservative branches of the Christian faith, particularly the Presbyterian Church In America and Southern Baptists. Reconstructionists believe in a limited government with tasks such as building and maintaining roads, and enforcing land-use contracts. Public schools should not exist: one of the movement’s greatest successes has been promoting homeschooling and publishing texts used by those homeschooling families. They also believe that the state is “God’s minister.” taking vengeance out on those who do evil. Christian Reconstructionists envision fielding armies for conquest in the name of Jesus. Onward, Christian soldiers.

The Kingdom Now theology is a branch of Dominion theology that is popular among Charismatic and Pentecostal groups. Its focus is on taking control of the earth by way of spiritual battle. Kingdom Now followers believe that Satan stole the keys of the spiritual realm when he deceived Adam and Eve. Since believers think they are indwelt by the same Holy Spirit that indwelt Jesus, they have all authority in heaven and on the earth; they have the power to believe for and speak into existence things that are not, and thus can bring about the Kingdom Age. It is now their job to take back what is rightfully theirs – to claim dominion over the earth and spiritually subdue it for Christ.

The New Apostolic Reformation is, too, a Dominionist off-shoot of the Pentecostal church. What makes the NAR movement so potent is its growing fascination with infiltrating politics and government. Its members believe certain Christians are destined not only to take dominion over the government, but to climb and conquer the heights of what they call the “Seven Mountains” of culture. These seven mountains are business, government, media, arts and entertainment, education, the family and religion.

Listed below are the “Seven Mountains” and how the NAR see them as tools to world dominance.

1. Business: These movements are backed by wealthy radical right-wingers (Koch Brothers) who advocate for open discrimination in the workplace based on religious beliefs.

2. Government: Politicians who literally believe that they can speak to God and vice versa.  This is common, particularly with some Tea Party Republicans, who speak openly about receiving messages from God – basing their campaigns on inserting religion into policy making and the belief that this nation was founded on Christian principles.

3. Media: They constantly attack any and all media entities that do not agree with them (lame-stream media) while using only their media (Fox, right-wing radio, blog sites) to push the belief that only they can be trusted.

4. Arts and Entertainment: With their political representatives and celebrity spokespeople often bought by the National Rifle Association, they are quick to blame the epidemic of gun violence on video games, movies, and television. They claim it’s entertainment (not guns) that needs more regulative control. Also notice the “Christian” movies that are being released – Left Behind, Fireproof, God Is Not Dead. There is also a website called CNDb, a rip-off of IMDb, that lists and details Christian-themed movies.

5. Education: They continue to cut funding for public education to such low levels that in some locations private and charter schools (often religiously based) are the only alternative for a decent education.

6. The Family: They use social policies which are crafted on fundamentalist religious ideology to define what constitutes marriage, and when life is created.

7. Religion: They strive for a government controlled by those who believe this is a “Christian Nation”.

For decades, the American public has ignored Dominionists as extremists, fringe groups, or zealots. But we can no longer ignore them, not while so many of them are knocking on the door of our White House. Later in this series, we will be pointing out GOP presidential candidates who abide by Dominionist theology and proudly stand for anti-American tenets. They ultimately want to establish a New World Order – where the entire world is converted to Christianity – and to bring about Christ’s triumphant return.