For the past week there has been an embarrassing parade of self-congratulatory spectacles staged by Donald Trump. The devastation caused in Texas and Louisiana by Hurricane Harvey has created abundant opportunities for Trump to exalt himself. That exaltation comes in many forms.

The President has managed to look pensive in an array of photo-ops. He has read statements prepared for him that seem almost giddy that he’s presiding over the most “bigly” hurricane ever. He lied about “witnessing first hand the horror & devastation caused by Hurricane Harvey.” And he’s spent more time bragging about his disaster response than comforting victims.

Trump also pledged a million dollars for relief efforts, but hasn’t disclosed where it will go or whether it will even come from his own funds. Note that this alleged billionaire regards a million dollars as sufficiently generous. A few years ago he offered five million for Obama’s birth certificate. Non-billionaires Sandra Bullock, Leonardo DiCaprio, and Ellen Degeneres donated the same amount. While fellow billionaire Michael Dell ponied up $36 million. And Trump’s record on keeping his pledges is spotty at best. He failed to pay up for veterans until he was publicly shamed. And victims of Hurricane Sandy are still waiting for the relief they were promised.

On Thursday Trump went before the cameras again to sign a declaration for a “Day of Prayer” on behalf of the those impacted by Hurricane Harvey. The ceremony featured the President reading from notes while sitting in front of a gaggle of “faith based people.” His remarks were filled with obligatory condolences and assurances that we will get through this together. And then he said this (video below):

For the record, Trump’s “long time ago” is a blatant lie. The latest in more than a thousand he has told since his inauguration. The last time there was such a prayer declaration was only one year ago. It was made by President Obama. Trump’s dismissal of that fact is typical of his malignant narcissism. What’s more, it squares with his obsession to belittle his arch-nemesis, Barack Obama. The former president remains far more popular than the current one and has a legacy of accomplishment that would put Trump to shame, if that were possible.

So while signing this declaration, Trump also lied about his role and that of his predecessor. The Ninth Commandment, for those who haven’t already Googled it, prohibits bearing false witness. Which is precisely what the President has done. And he did it with an army of spiritual “leaders” standing right behind him. They obviously didn’t mind, because after he spoke he allowed each of them to say a few words. Without exception they praised him as if he were the Second Coming. Right-wing pastor Robert Jeffress even thanked God for having “given us a gift. President Donald Trump.”

The Day of Prayer declaration is an annual affair that is mandated by a law that Congress passed in 1950. So what Trump did today was not only not unique, it was required by legislation that’s over sixty-seven years old . Trump, of course, took the credit as if he had thought of it himself. And he denigrated every president that preceded him by pretending they never made the same proclamation. But he must have taken particular interest in demeaning Obama. It’s something that wingnuts have done for years. The long-festering myth that Obama had canceled the Day of Prayer even earned a “Pants on Fire” rating from PolitiFact. Trump may want to refer to Romans 6:23 to learn what the wages of sin (i.e. lying) will earn him.

RELATED: The Four Horsemen Of Donald Trump’s Personal Apocalypse Are Coming For Him 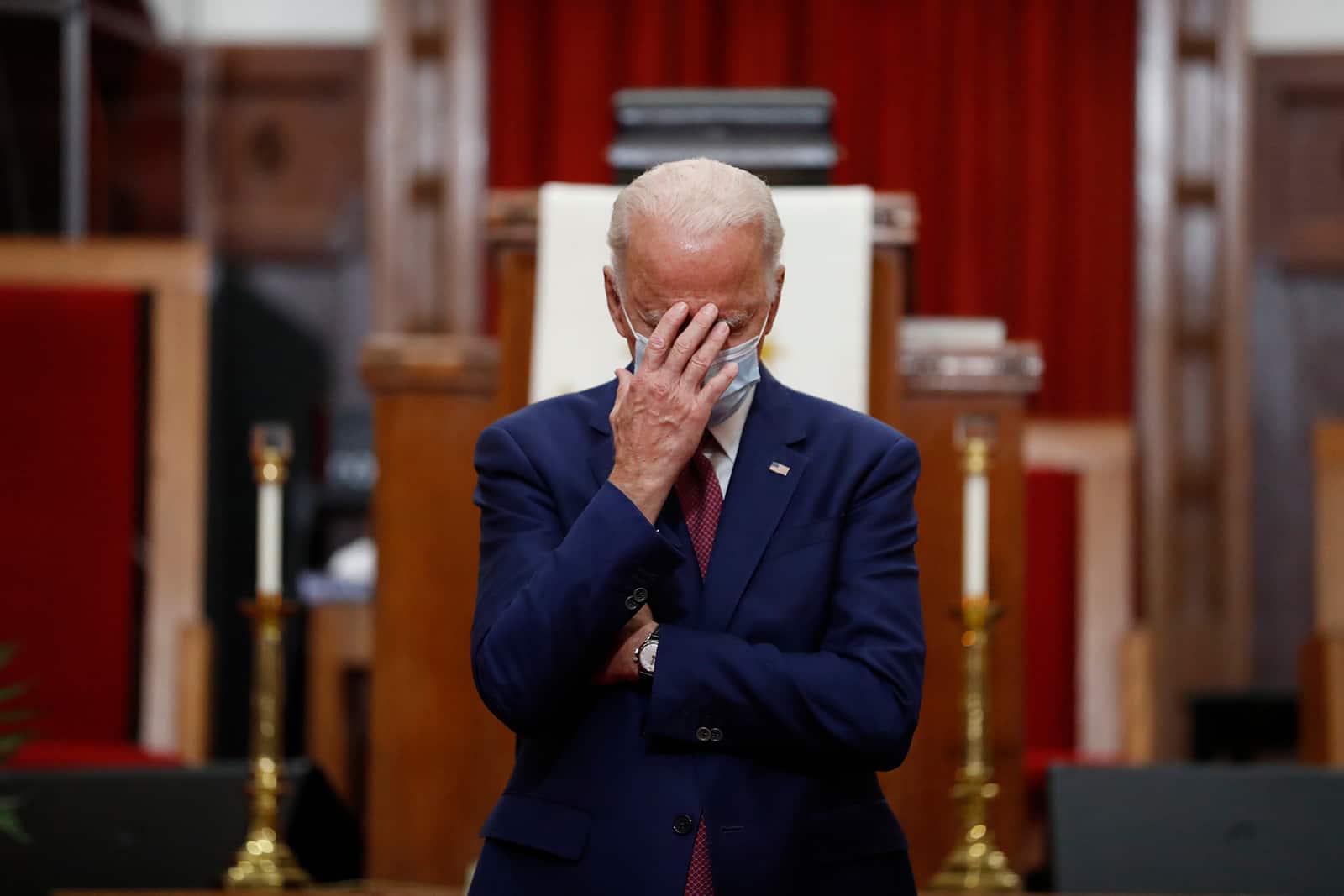