Wingstop initiated its operations, as a restaurant, back in 1994. In Garland, Texas, Wingstop started its journey by specializing in Buffalo-style chicken wings. After that, Wingstop has only ascended. Impressively, they currently have 1,500 restaurants operating globally.

After Wingstop started its franchise plan back in 1997, its numbers showed exponential growth. In the meanwhile, they attracted dynamic entrepreneurs to kickstart their new businesses. Many entrepreneurs came on board, including one Rick Ross.

Who Is Rick Ross? 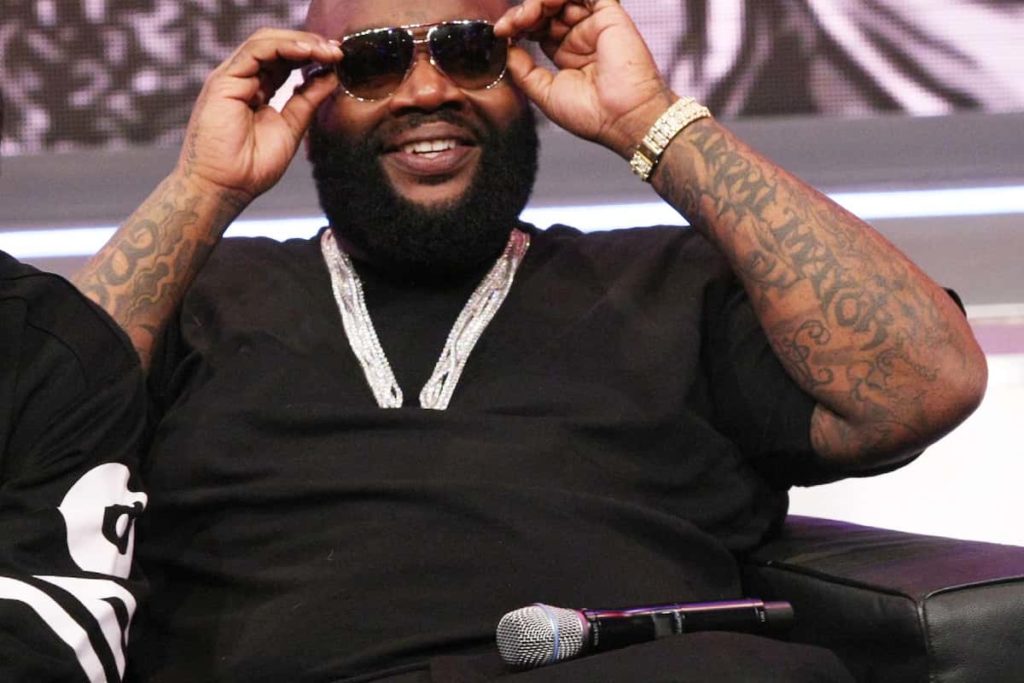 Who is Rick Ross? Really? It is certainly true that William Leonard Roberts II, professionally recognized as Rick Ross, has, and still is, enjoying massive stardom. He is an American A-list celebrity, having portfolios in a multitude of industries such as rapping, songwriting, business, and being a record executive.

If you still want to know who is Rick Ross, there is a lot more where that came from. In 2006, Rick Ross signed a major multimillion-dollar deal with Def Jam Recordings which belonged to none other than the ultra-successful and famous American songwriter, Jay-Z. Since then, Ross became a household name as he proclaimed the top spot in the famous U.S. Billboard 200 album chart.

Other than that, Ross’s label, Maybach Music Group, launched the singing careers of many well-acclaimed artists. Some of these were: Meek Mill, and French Montana.

Rick Ross possesses an avid interest in entrepreneurship as well; owning several Wingstop franchises, as well as his own label company that goes by the name of Maybach Music Group.

Rick Ross Wingstop wasn’t a thing for most of the celebrity’s life. Before Rick Ross Wingstop, the celebrity had a humble life. It is imperative to know about this esteemed celebrity’s path to success, and all the hardships he faced along this path. The purpose of doing so is to invoke motivation and vigor in your minds; to tell you that you can make it too! Rick Ross’s birth date is 28th January 1976. He was born in Clarksdale Mississippi and raised in Carol City, Florida where he did his high schooling.

Ross first signed a deal with Suave House Records. Later on, he came into a commitment with Slip-n-Slide Records which was a subsidiary of Def Jam Label. After signing with this label, his first album, Port of Miami, was announced.

Wingstop has been a revolutionary company in the restaurant industry. Its vast growth in terms of branches, economies of scale, and revenue can be subject to its underlying business strategy.

At first, when the business initially came into being in 1994 till this day, Wingstop’s primary focus has always been on the flavor. The company itself claims that its aim to greatness has been achieved by its product standing out in terms of flavor primarily. Along with the flavor, Wingstop has also enhanced its customer experience by providing a nostalgic, 1940s, aviation vibe.

This was effective marketing, as well as a product enrichment tool because it stands out; no one else was remotely doing anything like this at that time. Wingstop’s main reason for success and fame is definitely its franchising policy. Through its franchising program, Wingstop has been able to expand its operations at a cosmic rate. It now has up to 1,500 restaurants, globally.

Wingstop has also conducted its operation through a highly innovative approach. They sold their franchises to the likes of Rick Ross, who is not prone to any introductions. Through Rick Ross, they achieved higher sales, and most importantly, higher marketability. The ‘Rick Ross Wingstop’ relationship has proved to be a remarkable success. 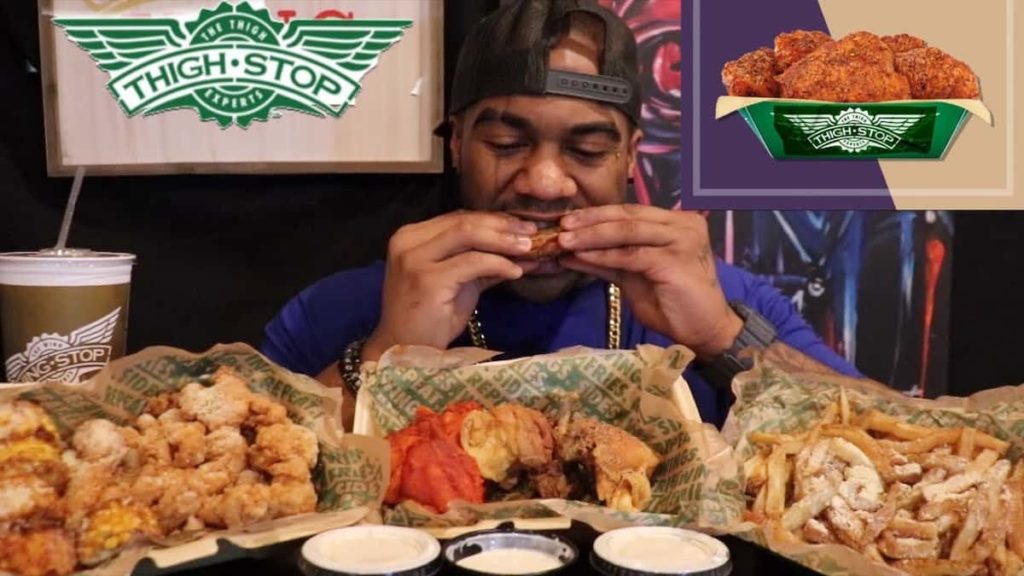 Wingstop’s superior innovation competence can be also seen through the example of Thighstop. Thighstop is Wingstop’s solution to the pandemic-stricken chicken shortage faced worldwide and in the USA. It is a virtual brand of Wingstop that will be serving chicken thighs, something new to Wingstop.

How does it work? Customers will be able to choose one from 11 flavors and then opt for either a boneless or boned thigh. Thighstop will be carrying out deliveries, as well as offering carryout services in 1,400 locations nationwide through DoorDash. Customers can also order on the website too.

Does Rick Ross Own Wingstop?

The answer is no. Rick Ross does not own the entirety of Wingstop, however, he owns a big chunk of it. Wingsider confirmed in 2019 that the famous songwriter owns 28 Wingstop franchises. Albeit, Ross’s great fan following, and stardom have lured many valuable fans to his restaurants, in the form of loyal Wingstop customers. ‘Rick Ross Wingstop’ is a widely regarded phrase, and reality, amongst his fans who love munching on Wingstop’s juicy and tender chicken wings.

Even though Ross does not own Wingstop as of yet, who knows what could happen in the future. His ever-growing interest in the restaurant chain has sparked new life into the question: does Rick Ross own Wingstop?

Rick Ross’s increasingly growing interest in the fast-food brand is evident from the effort being put in by himself. Business Insider stated, and warned everyone about a chicken shortage due to the ongoing pandemic. Wingstop did the unexpected by bolstering up its chicken consumption as it has increased its marketing, as well as technological capacities to facilitate a higher number of customers amidst the pandemic-related chicken shortage.

Wingstop’s latest virtual brand, Thighstop, is Wingstop’s answer to the abovementioned scarcity of chicken. Thighstop, being a digital brand, allows customers a new ordering ability whereby they order through a newly launched menu from a website. Where does Rick Ross fit into all of this? Well, Rick Ross has been keen on promoting the new idea of Thighstop to his enormous following; he has provided an instrumental reach through his person.

How Many Wingstops Does Rick Ross Own?

Through the latest reports, it has been established that Rick Ross owns around 29 Wingstop restaurants in the United States. How many Wingstops does Rick Ross own right now? Probably more, it is not certain.

The majority of his owned restaurants usually belong in the south. Through his massive social media influence and following, he has increased the sales of the brand by a huge margin. In his music, he even mentions his admiration for chicken wings and their taste. Due to these unique and easy marketing approaches, his Wingstop restaurants have seen their sales boosted up by about 50% since his acquisitions.

Addressing the question, how many wingstops does Rick Ross own, through numbers is also necessary to explain to you the vast success he has enjoyed throughout the ‘Rick Ross Wingstop’ relationship.

To be eligible for being a Wingstop franchisee, Wingstop has set certain benchmarks. A franchisee should have a net worth of at least $1.2 million. Of this minimum net worth, 50% should be in the form of liquid assets. Rick Ross, of course, substantially crossed the minimum milestone set by Wingstop since his net worth was estimated to be around a whopping $9 million, as per Forbes in 2015. Wingstop also mandates franchise owners to purchase a minimum of three stores due to aspirations of higher growth opportunities.

The average Wingstop branch is said to produce a profit of around $200,000 annually, interestingly it is certain that a Wingstop branch owned by the highly acclaimed rapper himself would bring in a considerably higher profit. The ‘Rick Ross Wingstop’ partnership has proved to be exceptionally fruitful for Ross.

It is a widespread commonality for people wanting to know about their favorite celebrity’s net worth. ‘Rick Ross Net Worth’ google searches are no exception to this commonality.

Rick Ross net worth: The famous rapper is considered to have an estimated net worth of around a ginormous $40 million. This can be accrued by his sterling career and his ‘Rick Ross Wingstop’ relationship. Throughout his impressive career to this day, Ross has album sales, in volume, reaching millions. Furthermore, he has sold almost a hundred million singles worldwide.

If that was not enough to justify his potential and success, Ross has consistently been amongst the top ten world’s highest-paid rappers for a long time. More impressive is the fact that his total career paychecks amount to a figure double his current net worth; he has earned about $85 million. Although part of his income comes from the Rick Ross Wingstop branches, it is not the only income he generates annually.

It is not surprising that the rapper splurged millions over his lifetime on luxury before getting into the whole Rick Ross Wingstop thing. He bought a 10,000 square foot residence in Fort Lauderdale. This purchase cost him $5.2 million back in 2012. In 2014, he listed the home for $9.25 million to sell it; selling it for around $6 million in 2016.

Ross turned heads in 2014 as he spent $5.8 million on a 109 room mansion which was situated in the outskirts of Atlanta, resting on 235 acres. It is thought to be the most sizable residence in Georgia.

To complement his Atlanta mansion, Ross purchased an extra 87 acres of the land area close to his Atlanta residence. This endeavor set him back around $1 million. 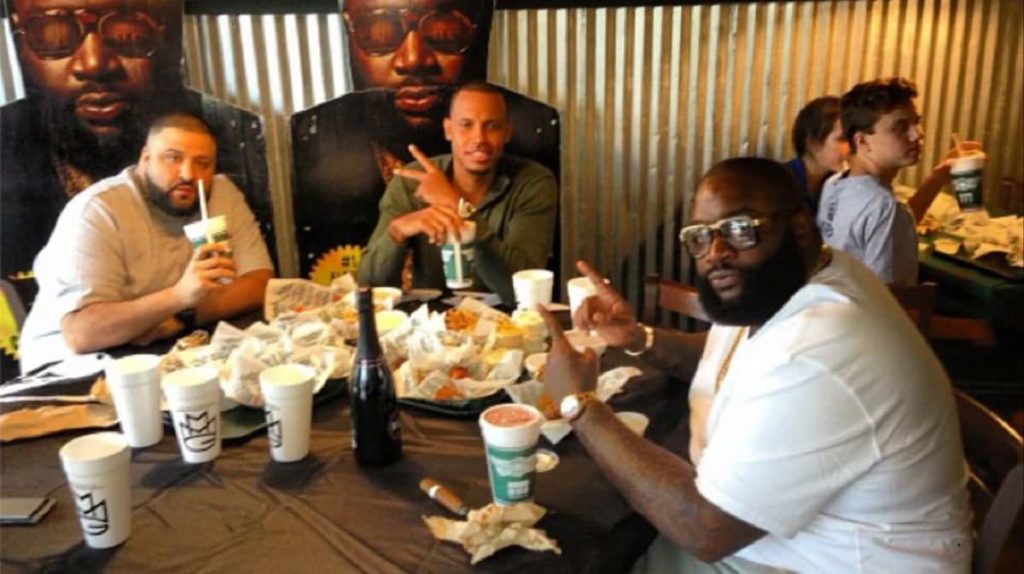 If Rick Ross does not own Wingstop, who owns Wingstop? It is necessary to delve deep into Wingstop’s glorious history, to answer this question effectively.

Wingstop began operating in 1994 in Garland, Texas. Antonio Swad and Bernadette Fiaschetti were the two founding pioneers behind this success story. To measure Wingstop’s critical success, it is imperative to know that the restaurant chain undertook franchising in 1997, and in 2002 Wingstop had served a massive feat of one billion wings.

After that, the restaurant chain was obtained and purchased by Gemini Investors.

Later on, it was sold to the Roark Capital Group back in 2010. Finally, in 2015, the final answer to the previous question, who owned Wingstop? Was decided. It was the public. Wingstop decided to go entirely public with an IPO (Initial Public Offering) of $19 for a share. Wingstop has a total market capitalization of a gigantic $4.73 billion! Moreover, according to MarketWatch, its share performance has been magnificently prosperous with a growth rate of about 16.16% over the past year. Currently, its share price sits at around $154.18.

For any large-scale, and public organization such as the likes of Wingstop, its CEO is one of the most crucial aspects of its success and decision making. It was mandatory to mention Charles R. Morrison due to the wide-scale of, or ocean of, duties he performs at the company. He is Wingstop’s chairman of the board of directors, president, and chief executive officer ever since 2012. Now that you know who owns Wingstop, let’s look at its offerings.

Wingstop offers a menu with a wide range of varieties. The menu consists of:

You can get the wings in many different flavors like:

GM Ignition Switch Economic Settlement – Everything You Need To Know

GM Ignition Switch Economic Settlement - Everything You Need To Know