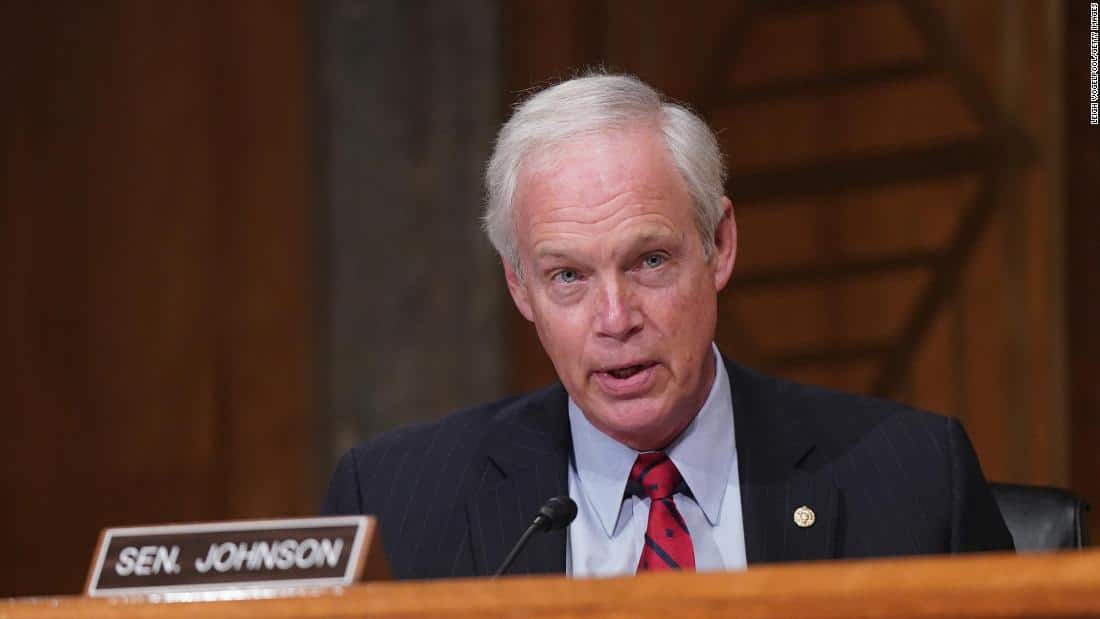 Russ Feingold Is Running For Senate, Giving The Left A Shot In The Arm (VIDEO)

Russ Feingold — the only U.S. Senator to vote against the Patriot Act in 2001 and one of the few to oppose military intervention in Iraq — is running for his old seat from Wisconsin. He announced his candidacy on Thursday.

Feingold lost his Senate seat in 2010, during that mid-term election’s rout of Congress by Tea Partiers. He had served for 18 years, often as the lone voice of integrity. In 2001, he issued a statement which reflected the objections to the Patriot Act that he made from the Senate floor:

“The first caution was that we must continue to respect our Constitution and protect our civil liberties in the wake of the attacks…  I recognize that this is a different world with different technologies, different issues, and different threats. Yet we must examine every item that is proposed in response to these events to be sure we are not rewarding these terrorists and weakening ourselves by giving up the cherished freedoms that they seek to destroy.

The second caution I issued was a warning against the mistreatment of Arab Americans, Muslim Americans, South Asians, or others in this country.”

In retrospect, those are cautions that the country certainly should have heeded. As Congress debates whether to let approval for the government’s dragnet of its citizens’ phone records expire in June, and as virtually everyone in the public eye — except for Jeb Bush — is repudiating the Iraq War, the re-emergence of Feingold on the political scene is especially timely.

Liberals need the shot in the arm that Feingold’s entry into the race provides. The candidate is, of course, especially interested in combatting the influence of big money on elections. He famously co-sponsored the Bipartisan Campaign Reform Act with later sell-out John McCain. Feingold’s refusal of big money donations was part of the reason he lost the election in 2010. With the gutting of the act by the Supreme Court’s “Citizens United” decision, the issue of campaign financing poses an interesting dilemma for him this time around.

In his announcement video, Feingold addresses the problem head-on, saying:

“People tell me all the time that our politics in Washington are broken and that multi-millionaires, billionaires and big corporations are calling all the shots. They especially say this about the U.S. Senate, and it’s hard not to agree.”

The Democrat is starting out from a strong position. His Republican replacement in Congress, Ron Johnson, isn’t very popular with voters, it seems. His approval rating stands at just 32%. According to Public Policy Polling, Feingold already has a lead of 50% to Johnson’s 42% in a proposed matchup for 2016.

The Democratic Party is likely to throw all the resources it can at this race. The seat is considered one of the most vulnerable ones held by Republicans, who have to defend 24 incumbents this time around, as opposed to 10 for Democrats. If Democrats pick up five seats, they will win back control of the Senate.

There is a hunger among progressives for candidates who can articulate and fight for their causes. Democracy For America, the progressive political action committee founded by Howard Dean, wasted no time in endorsing Feingold. The group’s chairman, Jim Dean, said:

“Senator Russ Feingold is precisely the kind of fighter and truth-teller our country needs in the U.S. Senate.”

The Republican Party is, of course, trying to dismiss the impact that the former senator might have by pointing out that Johnson won the race in 2010 by five percentage points. Democrats see that election as a fluke since the turnout for mid-term elections tend to favor conservatives.

Sen. Johnson released a statement touting his record as a businessman and job creator — a claim that is likely to fall flat with the voters. Wisconsin has been behind the national rate of job creation for years, currently ranking 38th among the states, and Johnson’s stint in Congress doesn’t seem to have helped.

Feingold, on the other hand, promises to spend the summer traveling the state and listening to the concerns of voters. His special concern? Their economic wellbeing.