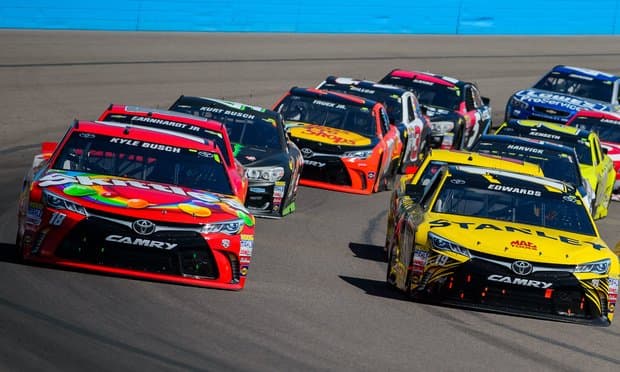 On Tuesday, NASCAR joined a chorus of those opposing Indiana’s Religious Freedom Restoration Act (RFRA.) NASCAR Senior Vice President and Chief Communications Officer Brett Jewkes authored the statement posted to NASCAR.com. Jewkes wrote that the sanctioning body is disappointed by the legislation, and NASCAR refuses to discriminate, instead advocating for diversity and inclusion of all within the sport.

Readers of Daily Kos, a liberal website, commented with surprise on a Facebook link posted to its page that mentioned NASCAR’s opposition to the RFRA. NASCAR fans are perceived as being mostly white, male, straight, and dedicated conservatives.

Some NASCAR fans took to commenting in anger on unrelated story links on NASCAR’s Facebook page over the sanctioning body’s statement. They asserted that the sport was alienating its conservative Christian base. One fan wrote that the sport adopting ethanol (it switched to an American Ethanol Blend in 2011 for its three main national series in an effort to cut emissions) was the beginning of the end, and “entering politics” was the final straw. Another wrote that NASCAR is “trying to be part of an assault on Christians.”

NASCAR seems to be stuck between the conservative stereotype that persists among liberals and the conservatives who want NASCAR to either stay mum about anything political or openly embrace a conservative worldview. NASCAR’s history, especially in recent years, shows that it has evolved to advocate for inclusion.

Hall-of-Famer Wendell Scott was the first African-American to win a race at the top level, doing so in 1963. Scott, though he crossed the finish line in first place at Florida’s Speedway Park, was initially denied his victory on what officials claimed was a scoring error. According to Jay Pennell of FoxSports.com, Scott instead believed that officials weren’t too keen on the idea of a black man planting a kiss on a white trophy girl. Officials reversed their decision and he was given the victory later that day. With his lone victory, Wendell Scott remains the only African-American to win a Cup race. In 2014, Aric Almirola became the first Cuban-American to win a top-level event, driving the 43 car of Richard Petty fame.

The sport, active on promoting ethnic diversity, has seen progress on the issue of gender too. Danica Patrick, a female driver in the Sprint Cup Series, inched closer towards another record last Sunday at Martinsville. She is, as Fox Sports notes, already the first woman to start first and lead a green-flag lap in NASCAR’s elite series. With her seventh place finish at Martinsville, she ties the record of most top-10 finishes by a female driver, originally set by Janet Guthrie. Guthrie’s states that she was the first woman to compete in NASCAR’s most prestigious event, the Daytona 500, as well as the Indianapolis 500, both in 1977.  A female driver has yet to win on the Cup level, but Patrick ought not to be underestimated and could be the first. Looking at statistics on Racing-Reference.info, it appears that Danica Patrick’s performance is improving. In four of the six races this season, she has finished in front of half or more of her male peers.

NASCAR most directly promotes inclusion through its program Drive for Diversity, which was established in 2004. Kyle Larson, a Japanese-American, participated in the program in 2012, and went on to run an impressive rookie campaign in the 2014 Sprint Cup Series. Larson came just short of victory, finishing second in multiple races. He is heavily anticipated to earn a victory in the 2015 season.

2012 NASCAR Sprint Cup Champion Brad Keselowski, in a 2013 interview with Queers4Gears.com, was asked about his thoughts on an openly gay driver participating in the sport. Keselowski was inclusive in his opinion, naturally drawing the ire of Westboro Baptist Church. He stated that sexual orientation is a non-issue for teams, concluding, “If you can win, you’ll have a ride in NASCAR.”

NASCAR’s opposition to Indiana’s Religious Freedom Restoration Act is not pandering to political correctness, or evidence of a liberal bias. Its opposition is a part of an established precedent to include and recognize everyone’s participation in the sport. The sanctioning body also opposed similar legislation vetoed by Arizona’s governor early last year,

The sport isn’t forcing anyone to believe or celebrate anything. It doesn’t owe an allegiance to white, straight, Christian males. As a column on Reluctant Xtian argues, Christians ought to follow Christ’s example in the Gospels and serve everyone regardless of their identity. By the same token, Reluctant Xtian says Christians on the left should not boycott or marginalize RFRA supporters. Instead, fellowship and reconciliation is to be sought.

NASCAR isn’t assaulting Christian principles on this issue. It is evoking them. The sport belongs to anyone who enjoys fast cars, close racing, left turns, passionate competition, and has green money.

EDIT: A reader pointed out that to the author that foreign born drivers were not mentioned.

There have been multiple non-American drivers to find success in the sport. Mario Andretti, from Italy, won the 1967 Daytona 500. Juan Pablo Montoya, from Columbia, became the first foreign born driver to win multiple races. Earl Ross, Canadian, won a race in 1974. Marcos Ambrose, Australian, became the second non-American to win multiple races at NASCAR’s top level. Foreign born drivers have been active in the sport early on and continue to be so periodically.

It should also be noted that Darrel Wallace Jr. is the second African-American to win a national-level race, in NASCAR’s third-tier Camping World Truck series. However, Wendell Scott’s 1963 win remains the only by an African-American on the elite Cup level.

Teacher To Children: Your Parent ‘Is Not A Christian’ If They Support Obama