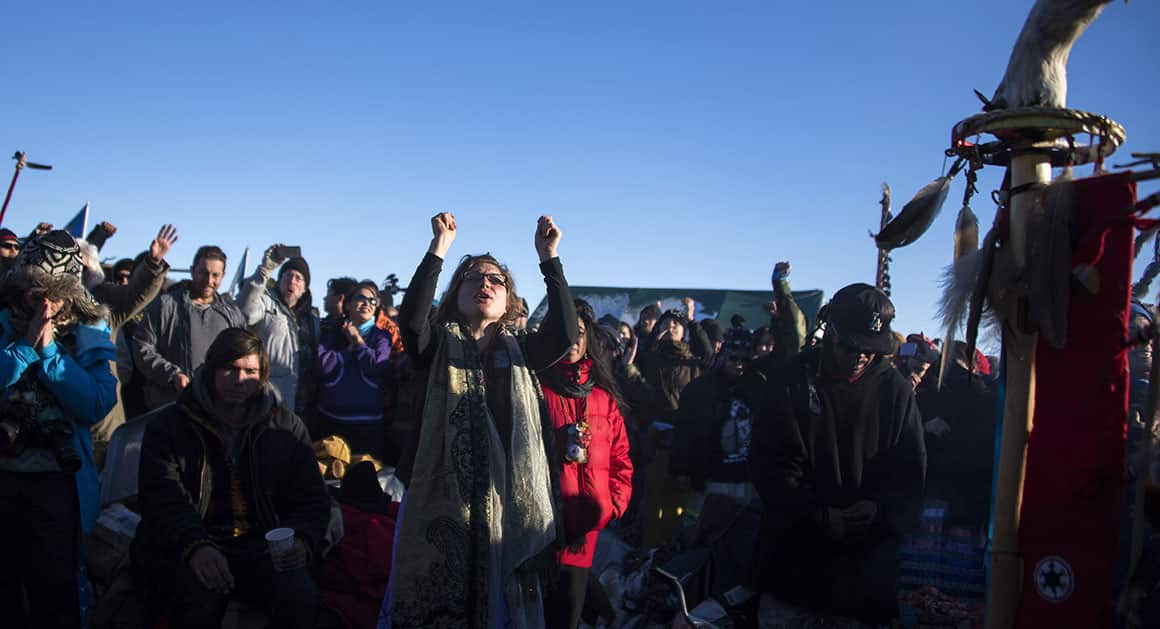 Multiple sources have confirmed the Army Corps of Engineers have denied the Dakota Access Pipeline easement near the Standing Rock Sioux reservation in North Dakota. It has been four months since Reverb Press reported on the Obama Administration’s reassessment of the $3.7 billion pipeline project. In that time, violence against water protectors has ramped up, prompting American veterans to descend upon the small encampment of activists and reservation natives.

Popular sentiment seemed to reach a tipping point as freezing temperatures set in and actvists prepared for yet more bloody clashes with militarized police.

On Sunday, whispers of the pipeline’s rerouting began cirulating on Twitter.

Within the hour, CBS obtained a statement from the National Congress of American Indians:

“Today the Army Corp of Engineers announced its decision not to grant the easement to the Dakota Access Pipeline crossing the Missouri immediately above the Standing Rock Sioux Reservation, and to study alternate routes.”

“This isn’t over, but it is enormously good news” said NCAI President Brian Cladoosby. “All tribal peoples have prayed from the beginning for a peaceful solution, and this puts us back on track. From the start, the Standing Rock Sioux Tribe has asked for a full analysis to consider threats to the water and environment, and also the social and cultural impacts. Peace, prayer, and the water protectors have led to the right outcome.”

Corps spokeswoman Moria Kelley said in a news release Sunday that the administration will not allow the four-state, $3.8 billion pipeline to be built under Lake Oahe, a Missouri River reservoir where construction had been on hold.

This is a developing story. Please check back frequently for updates, and look for our commentary on this latest development in the coming days.

Pence: Americans Find It ‘REFRESHING’ To Have A President Who Lies (VIDEO)