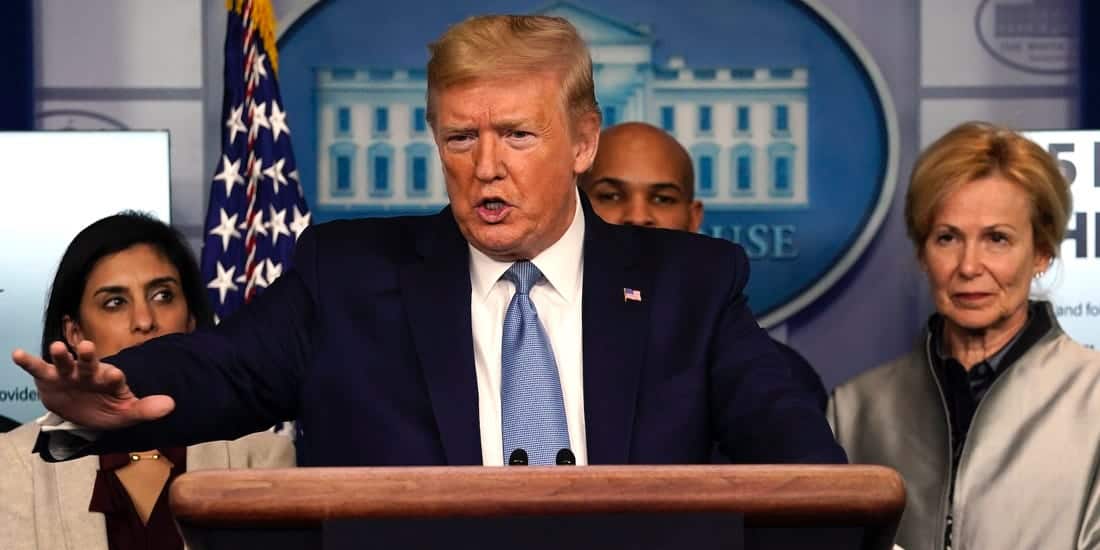 Donald Trump Is Making Friends With North Korea And The Philippines

After months of tension and constant threats between North Korea and Washington, President Trump has decided that dictator Kim Jong-un is actually a “pretty smart cookie“. This weekend, Donald Trump told CBS’s John Dickerson that he’s impressed by the North Korean President’s ability to hold onto power after taking over the regime at a young age. If that wasn’t enough to stir the pot, he also found time to support another Asian dictator, the brutal president of Philippines Rodrigo Duterte, with whom he says he had a “very friendly” talk.

Just a couple of weeks ago, President Trump and North Korean leadership were in the middle of heated threats after the U.S. decided to send an aircraft carrier to the Korean peninsula, which Pyongyang threaten to sink. However, when asked about the controversial leader, Kim Jong-un, and his nuclear tests Trump, replied:

“I have — I really, you know, have no comment on him. People are saying, “Is he sane?” I have no idea. I can tell you this, and a lot of people don’t like when I say it, but he was a young man of 26 or 27 when he took over from his father, when his father died. He’s dealing with obviously very tough people, in particular the generals and others. And at a very young age, he was able to assume power. A lot of people, I’m sure, tried to take that power away, whether it was his uncle or anybody else. And he was able to do it. So obviously, he’s a pretty smart cookie.”

In spite of praising his enemy, Mr. Trump still believes North Korea is the biggest security issue for the U.S. When asked to elaborate on his plans for healthcare, he said:

But Kim Jong-un is not the only dictator Trump has found it smart to praise. On Saturday, the U.S. President invited the Philippine leader Rodrigo Duterte to visit the White House. Duterte‘s entire campaign has focused on an open fight against drugs inside his country, for which he has ordering extrajudicial killings of thousands of people; in addition, he has openly declared not caring neither about human rights nor about what other countries or leaders may think of his methods. Trump’s invitation has, of course, raised international alarms, especially among human rights activists. As quoted by The Washington Post, Human Rights Watch’s deputy director for Asia, Phelim Kine stated:

“Countries with bilateral ties to the Philippines, particularly the United States, have an obligation to urge accountability for the victims of Duterte’s abusive drug war, rather than offer to roll out the red carpet for official state visits by its mastermind.”

Praising North Korea’s Head of State for his political prowess is one thing; but building bridges with Duterte can have very serious implications. In the end, the Washington-Pyongyang relationship has been one of empty but constant threats for many years. However, a “friendly” talk with a leader who openly brags about killing his people sends a terrifying message. As John Sifton, Human Rights Watch’s Asia advocacy director, said:

“It says to the world that illegal violence is legitimate and that the rule of law and human rights can be ignored. This is a message in the language of thugs and criminals, not government servants who take an oath to protect their citizens and laws.”