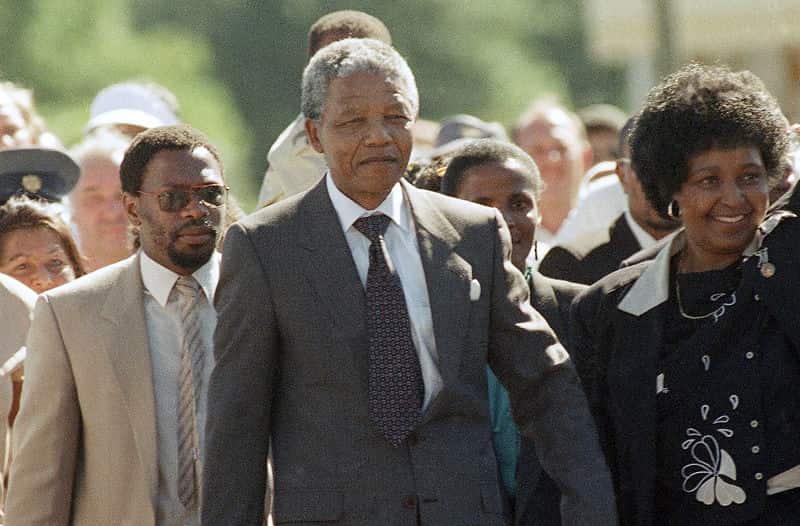 he role of the CIA in the manipulation of the political course of countries around the world is well-documented. The agency has backed or orchestrated violent coups and regime changes from Iran to Chile. The shady interventions of the CIA across the globe have led to countless conspiracy theories about secret U.S. involvement in other nations’ affairs. One of the most prominent theory has just gained new credence as a former operative has revealed his role in a significant global event of the twentieth century.

Nelson Mandela was a leader in the African National Congress (ANC) in apartheid-era South Africa. The ANC defended the rights of black Africans under apartheid, a system of racial segregation in which the freedoms and movement of non-whites in the country was closely monitored and tightly restricted. The ANC advocated civil disobedience, but Mandela turned to more extreme measures and helped to form its military wing.

His notoriety made him a target for apartheid authorities and in 1960 Mandela went underground. During this time he was known in the press as the “Black Pimpernel” due to his ability to evade authorities, but in 1962 he was arrested while posing as a chauffeur in Durban, South Africa. As reported by the Sunday Times, in an interview with the director of the upcoming film, Mandela’s Gun, a former U.S. vice-consul and CIA operative Donald Rickard revealed that the CIA had long-monitored Mandela because of suspected ties to the Soviet Union, and his potential to incite rebellionduring the Cold War:

“If the Soviets had come in force, the United States would have had to get involved, and things could have gone to hell,” Mr Rickard said.  “We were teetering on the brink here and it had to be stopped, which meant Mandela had to be stopped. And I put a stop to it.”

Rickard died shortly after the interview and, according The Guardian, the CIA declined to comment. Rickard had previously denied his involvement as recently as 2012 when the Wall Street Journal questioned him about the rumours:

“That story has been floating around for a while,” he told the paper over the phone. “It’s untrue. There’s no substance to it.”

Vindicated By Report Of CIA’s Support To Apartheid Regime, But Not Surprised

Zizi Kodwa, a national spokesman for the ANC, said he was not surprised by the revelation and that it only confirmed long-held suspicions. Another ANC official, Ronnie Kasrils, who worked with Mandela in the 1960s, at the time of his arrest, called on the CIA to finally own up to their role in Mandela’s arrest and accused them of hindering the fight against apartheid:

“It is clear that the regime and its spooks worked hand in glove with the CIA. The CIA needs to come clean on what happened.”

Mandela’s grandson Mandla Mandela echoed the sentiment and called on President Obama disclose all the details surrounding the arrest:

“Whilst we were always aware of the West’s role in overt and covert support for the Apartheid state (this) disclosure has put an end to decades of denial revealing the fact that the USA put its imperial interests above the struggle for liberation of millions of people.”

Mandela eventually became a central figure in the global campaign against apartheid and was finally released from prison in 1990 after nearly thirty years of incarceration. He was elected the first black president of South Africa in 1994, but remained on the American terrorist watch-list until 2008 when then Senator John Kerry proposed a bill to have his name removed.