The Syria War Just Got Even Nastier. The Iran Deal May Be Why 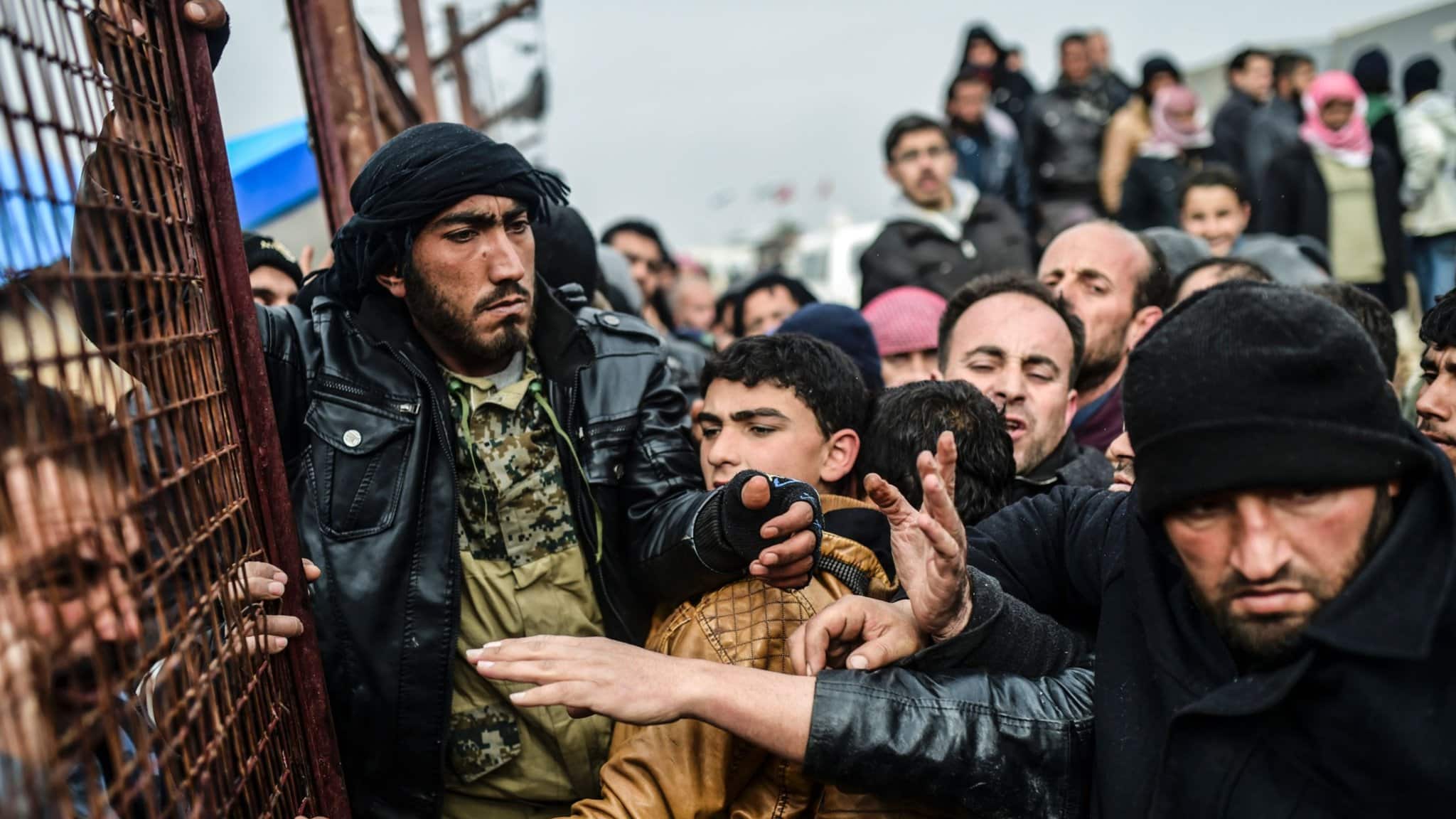 0
SHARES
2
VIEWS
A crowded market selling fruits and vegetables was ripped apart in Douma, Syria on Sunday, when Syrian artillery rocketed shoppers, then an Assad regime warplane bombed the area again after rescue workers arrived. The Syrian Observatory for Human Rights called it an “official massacre.” The UN said it was “horrified” and “appalled” by the “total disregard for civilian life.” Amnesty International accused the Syrian government of war crimes.

With nearly 100 killed, and hundreds wounded, it is one of the worst atrocities of the 4-year civil war that has killed 250,000 and has displaced well over a million people. These days, most Western news consumers probably view the daily drumbeat of bloodshed in Syria as a horrific white noise that fades into the background. But, the reasons behind the sudden uptick in violence are significant, and tell us a lot about how the Middle East is evolving right now.

The war is intensifying, paradoxically, because it might be nearing its end. With the nuclear deal between Iran and the UN Security Council plus Germany nearly secured, it has paved the way for other diplomatic progress. Iran’s foreign minister, Javad Zarif, sat across the table from US Secretary of State, John Kerry, this spring and summer in marathon negotiation sessions in the Swiss Alps, hammering out the nuclear deal. Zarif was in Damascus last week to discuss Syria’s future with President Bashar al-Assad. Zarif reiterated Iran’s commitment to Assad, but Iran has expressed its desire to begin negotiating with the Arabs to end the Syrian war and reach a power-sharing agreement.

It is clear that the diplomatic breakthrough of the Iran nuclear deal is beginning to quickly reshuffle the deck in the Middle East. If the Sunni and Shia power brokers can agree to a major shift in relations, then perhaps they can negotiate an end to the bloody civil war in Syria.

The anti-Assad rebels see Iran as Assad’s puppet master, a not unreasonable view. And the rebels who have held Douma since the beginning of the war decided to welcome Zarif to Damascus by shelling the capital. So, Assad’s airstrike against a civilian marketplace in Douma was bloody retribution for the attack and the embarrassment. An eye for an eye.

Douma is held by Jaysh al-Islam. It is a moderate Islamic militia which consolidated about 50 militias and eclipsed the Free Syrian Army two years ago, as the non-radical force resisting Assad. With Turkey entering the fight against ISIS in the north, and Iran pressuring Assad to cut his losses, Jaysh al-Islam stands to officially gain a lot of land in any truce that may be on the horizon. By keeping the pressure on its perimeters, and raising the costs for its enemies, it can entrench a solid position in the middle of the country, which could hypothetically translate into significant political power in a power-sharing government.

But, Assad and ISIS obviously have the same incentives to optimize their positions before signing any ceasefire. So, the conflict is likely to get worse before it gets better. But, if the combatants reach a mutually hurting stalemate, and can be convinced they can’t improve their positions, a brokered settlement may become possible.

It is clear that the diplomatic breakthrough of the Iran nuclear deal is beginning to quickly reshuffle the deck in the Middle East. If the Sunni and Shia power brokers can agree to a major shift in relations, then perhaps they can negotiate an end to the bloody civil war in Syria. There may be a light at the end of the tunnel, but it may be yet another muzzle flash.

Donald Trump Vs. The 14th Amendment