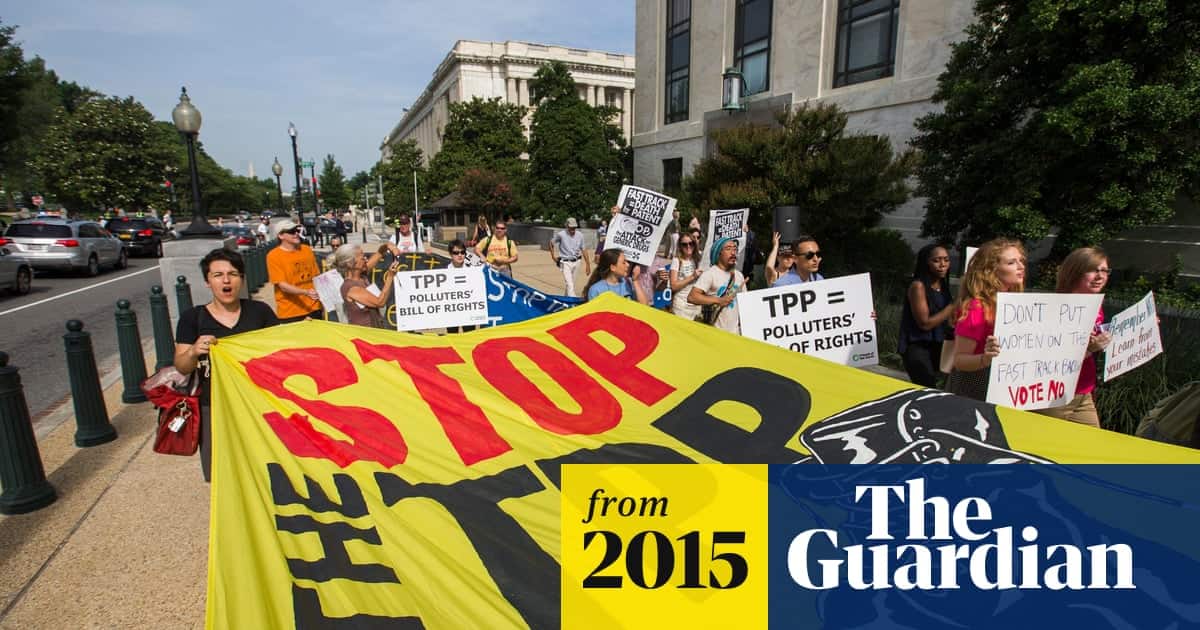 President Obama is promoting slave labor and human trafficking in Malaysia. Or at least, he is opposed to Senate Democrats’ attempts to crack down on it. The reason is that the crackdown would drive Malaysia out of the Trans-Pacific Partnership, the largest free trade agreement ever, which is unacceptable for the White House.

That is the inescapable conclusion of a Senate vote on Friday to approve “fast-track” trade authority for the President. The situation dramatically undermines Obama’s contention that the TPP would improve labor standards in the signatory countries in Asia.

The State Department’s own research on Malaysia prominently explains that Malaysia is a tier 3 violator of the “Trafficking Victims Protection Act’s (TVPA) minimum standards.” Tier 3 is the lowest designation. Getting all the way down to tier 3 is not easy, as tier 2 includes a ‘watch list’ which involves working with the government in question to try to get its human trafficking situation more under control. In order to plummet to tier 3, a country has to be in consistent violation of anti-human trafficking and anti-slavery protocols and consistently do nothing about it. Malaysia occupies a spot on this list that is shared by such perennial human rights hellholes as Central African Republic, Democratic Republic of Congo, Cuba, Equitorial Guinea, Iran, Libya, North Korea, Papua New Guinea, Saudi Arabia, Syria, Yemen and Zimbabwe.

The labor situation in Malaysia is nightmarish. There are 4 million foreign laborers in Malaysia. About 2 million of them, mostly from around Southeast Asia, are undocumented and have no legal protection in Malaysia. They are often intentionally saddled with a debt impossible to repay, and their employers confiscate their passports. Many young women are tricked into going to Malaysia for work only to be forced into prostitution. Many agricultural, textile and manufacturing laborers are not allowed or not able to leave their jobs. This is not being stuck in a dead-end job. This is not food stamps to supplement poverty wages. We cannot mince words about this. This is slavery. It is an intentional, widespread, ongoing criminal violation of the basic liberties of hundreds of thousands of powerless human beings. It is categorically wrong for America to seek free trade with a country with such dire labor conditions. Big businesses, including American companies, which operate in Malaysia, enjoy essentially negative overhead. They effectively own trapped workers indebted to traffickers. Expanding trade with Malaysia will encourage an expansion of these practices, and force the American worker to compete with the Malaysian slave. This is precisely what the White House, along with Republicans in Congress and a powerful array of corporate lobbyists, are fighting against Senate Democrats and what is left of American organized labor to accomplish.

Senator Robert Menendez (D-NJ), considered 86% pro-labor by UFCW, has picked a legislative battle with the White House over the issue of Malaysia’s human trafficking. On the Senate floor, Menendez argued,

“I am most disappointed to say that Malaysia, a middle-income country by most standards — a party to the Trans-Pacific Partnership negotiations — has the resources and wherewithal to address human trafficking within its borders, but has for years now failed to take sufficient action to warrant an upgrade on the TIP report.

“It’s unfortunate that the scale of the human trafficking problem in Malaysia is vast and is in sectors that will directly benefit from increased trade when the TPP trade agreement is concluded.”

Menendez sponsored an amendment to the TPP fast-track bill that would deny trade benefits to countries that fail to address human trafficking violations, effectively excising Malaysia from the TPP.

On Friday, with a summer recess deadline looming, the Senate wrangled a vote on fast track by adding and lopping off amendments. Mendendez’s anti-human trafficking amendment “survived the legislative jujitsu.” Ironically, Menendez had settled with Republicans (who are apparently negotiating with Senate Democrats on behalf of the White House?!) to water down the amendment, but the original version, not the watered down version, made it into the fast track bill in the end.

The White House won’t accept the TPP without Malaysia. Fast-track, as it stands right now, won’t allow Malaysia in the deal. Time is running out. One of two things will save fast-track now. Either someone in Congress gives Menendez something to back down, which could take time, past the recess, into a Washington increasingly paralyzed by the presidential election. Or, the White House orders the State Department to re-designate Malaysia arbitrarily as a tier 2 nation on the spectrum of TVPA minimum standards compliance. With the stroke of Obama’s pen, Malaysia’s non-efforts to curb human trafficking would become efforts. Its systemic violations of human rights would become not-violations. Malaysia’s slaves would become not-slaves. More and more not-slaves would be able to make more goods for American companies like Nike to sell more cheaply to Americans whose jobs have been outsourced to not-slaves in Malaysia.

It causes me real physical pain to say this, but I feel it must be said. This is a fundamental betrayal of the transformative promise of Barack Obama’s election to the Presidency of the United States. This is a twisted mockery of the “change” we voted for.