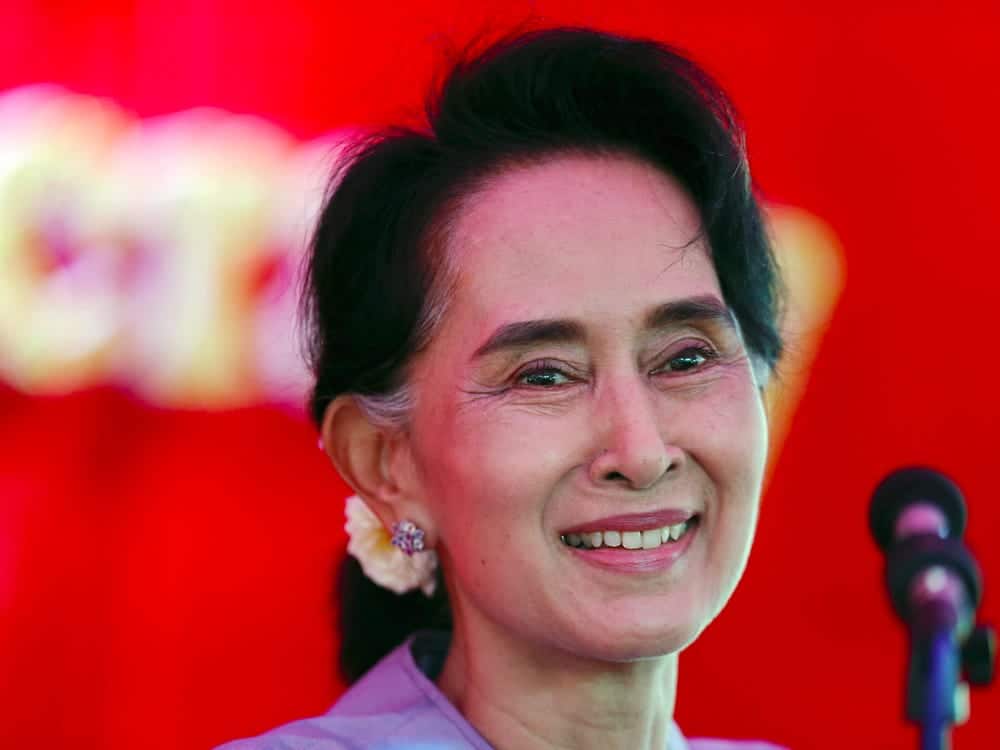 For the first time in over half a century, the people of Myanmar have spoken.

Myanmar, the impoverished Southeast Asian nation also known as Burma, has lived under the boot of a repressive military junta since 1960. The most visible symbol of the Burmese people’s aspiration to democracy is Aung San Suu Kyi. Suu Kyi was held under house arrest for 15 of the 21 years between 1989 and 2010. She won the Nobel Peace Prize as a prisoner of conscience in 1991. Inspired by Mahatma Gandhi and Nelson Mandela, she refused to flee her country, sacrificing a life with her family in Britain. For decades, she gave her people hope. Today, her struggle is redeemed.

In 2010, under President Obama and Secretary of State Clinton’s leadership, the United States and Britain launched an aggressive opening to Myanmar. They offered a lifting of sanctions and foreign investment if the military would release political prisoners, submit to nuclear inspections and phase in democratic elections.

In 2012, Obama traveled to Myanmar, the first U.S. president to do so, “to extend a hand of friendship.” The New York Times reported that while visiting the country, Obama took credit for diplomacy that had allowed by-elections earlier that year. He met with Suu Kyi, leader of the opposition, who had just been elected to the legislature. Her party won 43 of 44 seats that year.

On Sunday, Myanmar held its first largely free and open national election since 1960. Suu Kyi and her National League for Democracy party won in a landslide. Returns were still coming in on Monday, but the NLD was projected to win upwards of 90 percent of 330 contested seats in the legislature’s lower house.

This election is a historic triumph of peace, diplomacy, democracy, and nonviolent resistance. Only five years ago, Burma was casually mentioned in the same breath as North Korea as an absolutist, totalitarian state where propaganda was relentless, and the slightest peep of dissent led to indeterminate prison sentences. For the people of Myanmar, this is as much a political revolution as the fall of the Berlin Wall.

The military rulers have promised to honor the outcome of the election, but it remains to be seen what exactly that will mean in practice. It is also important to note that while restrictions are being lifted rapidly, the military junta is still trying to contain democracy as much as possible while reaping the benefits of the diplomatic opening. The military drafted a constitution that mandates that at least a quarter of legislative seats will be held by unelected military officials. The constitution also forbids anyone married to a foreigner from holding the presidency. This was clearly added specifically to bar Suu Kyi, whose late husband was British, from becoming president.

The next phase of these rapid changes will be a real test for the future of Myanmar. With a dominant majority, will the NLD be able to assert its agenda, or will the military find ways to block it? And who exactly will be the head of state?

While military ruler Thein Sein has hinted that he would allow Suu Kyi to be the power behind the presidency if she won the election, Suu Kyi has told her supporters that she would be “above the president.” The International Business Times reported that Suu Kyi said shortly before the election,

“If we win, and the NLD forms a government, I will be above the president. It’s a very simple message. I will lead the government and we will have a president who will work in accordance with the policies of the NLD,” she told journalists at her lakeside home in Yangon, Myanmar’s largest city, at her final press conference of the election campaign.

While it is vital now more than ever that Suu Kyi pushes for full democratic reform, this stance sets up an immediate showdown with the military. In a country where protesters were silenced in a hail of gunfire not long ago, such a confrontation could become extremely tense. As the country waits to find out who will be running the state, it will remain an open question whether the military and the new Democrats resolve their differences with ballots or bullets.

Suu Kyi has also been criticized for virtually ignoring the plight of the Rohingya. The Rohingya are a persecuted Muslim minority who have been massacred by the junta and Buddhist nationalists and are one of the world’s largest refugee groups. They were denied the right to vote in this election. Suu Kyi has tried to downplay and dismiss the issue, according to US News and World Report.

When one reporter repeated claims by some rights groups and legal experts that the Muslim minority is facing genocide, Suu Kyi said, “I think it’s very important that we should not exaggerate problems in the country.”

Nonetheless, this is an enormous victory for Suu Kyi, for Myanmar, and for the Obama White House, which has notched another major diplomatic breakthrough. The world should herald the birth of a promising democracy of over 50 million people.

For decades, Suu Kyi held a torch of liberty under house arrest in her country. Now, Suu Kyi, her party and the people of Myanmar have to get down to the nitty-gritty of building a new state while trying to keep that torch lit.