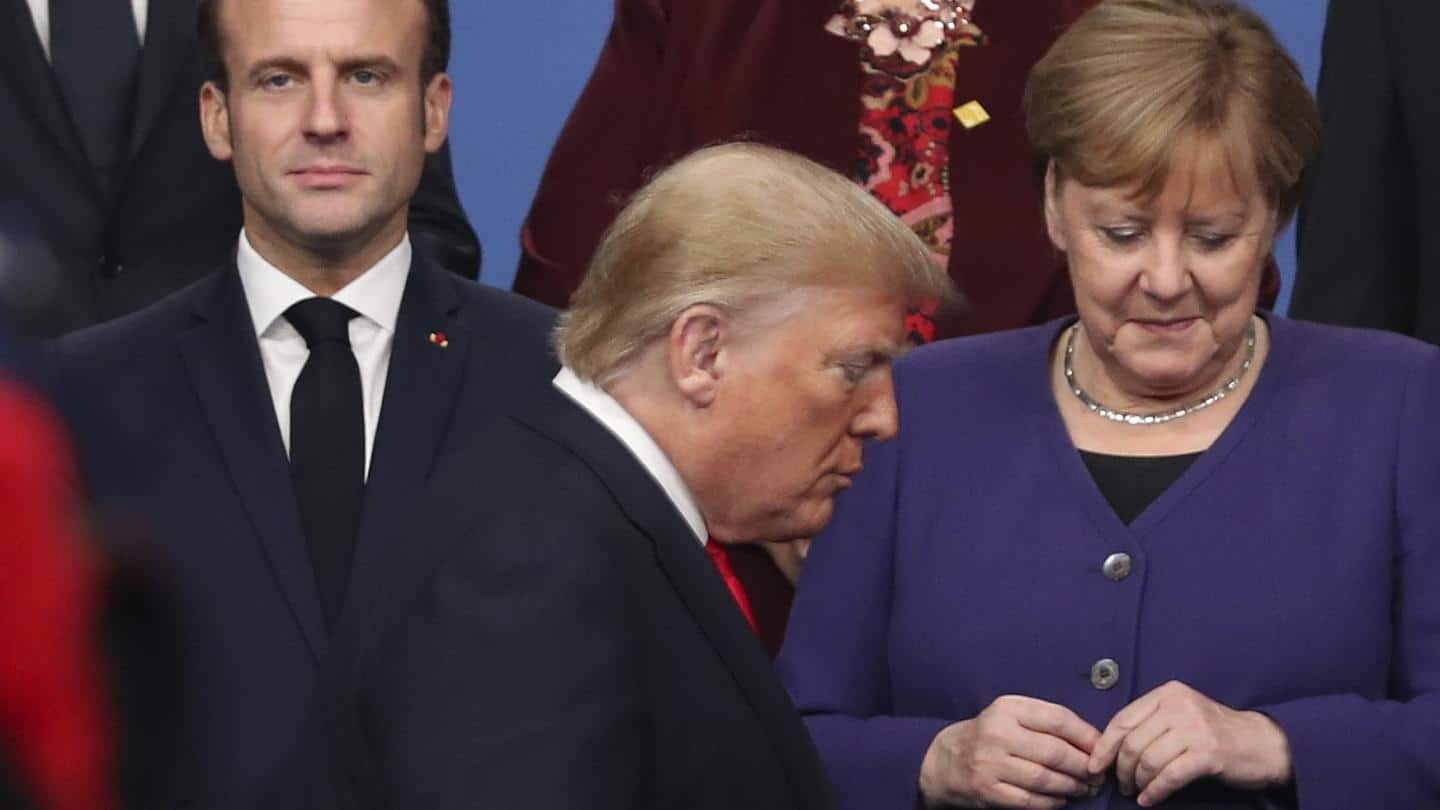 Merkel Says America Is Not A Reliable Ally Anymore

The German Chancellor, Angela Merkel, has lamented the loss of the United States as a reliable ally for Europe. Following the encounter with U.S. President Donald Trump in Brussels together with all NATO leaders, and in the wake of the UK’s Brexit, Merkel addressed a crowd at an election rally in Munich saying;

“The times in which we can fully count on others are somewhat over, as I have experienced in the past few days. And that is why I can only say: We Europeans must really take our destiny into our own hands.”

The German leader does not necessarily discard the friendship with both the UK and the U.S., but is seeing Donald Trump’s America as unreliable for Europe. In fact, BBC journalist Damien McGuinness believes Germany’s comments are actually, though unfortunately, a growing reality inside the EU. And this was seen during Trump’s speech at NATO; his continuous scolding, his behavior and his omission to support the alliance’s “collective defense” pillar.

Germany’s comments also follow the G7’s failure to the 2015 Paris climate deal, in which Donald Trump insisted on leaving his plans unknown and his commitment towards the fight against climate change uncertain. The unsuccessful encounter led Mrs. Merkel to describe the G7 summit in Sicily as a “six against one” discussion that was “very difficult, not to say very unsatisfactory.” For Merkel, the positions expressed on climate change were one of the biggest divisions between the U.S. and its allies; as told by The New York Times, Germany’s chancellor said

“This is not just any old agreement, but it is a central agreement for shaping globalization.”

Merkel’s comments can also be based on Trump’s recent comments in Brussels towards Germany, which he described the European ally as being “bad, very bad.” Some Europeans leaders hold some hope since the Group of 20 will meet in Hamburg in July, where perhaps world leaders will manage to convince Trump to change his mind in regards to climate change. However, it is true that Trump’s America is not the ally the U.S. used to be; principles such as tolerance, diversity, or respect for human rights are slowly disappearing, and the U.S new president’s agenda is getting further away from Europe’s. Hopefully, Trump will come to realize that the U.S. needs Europe, too.