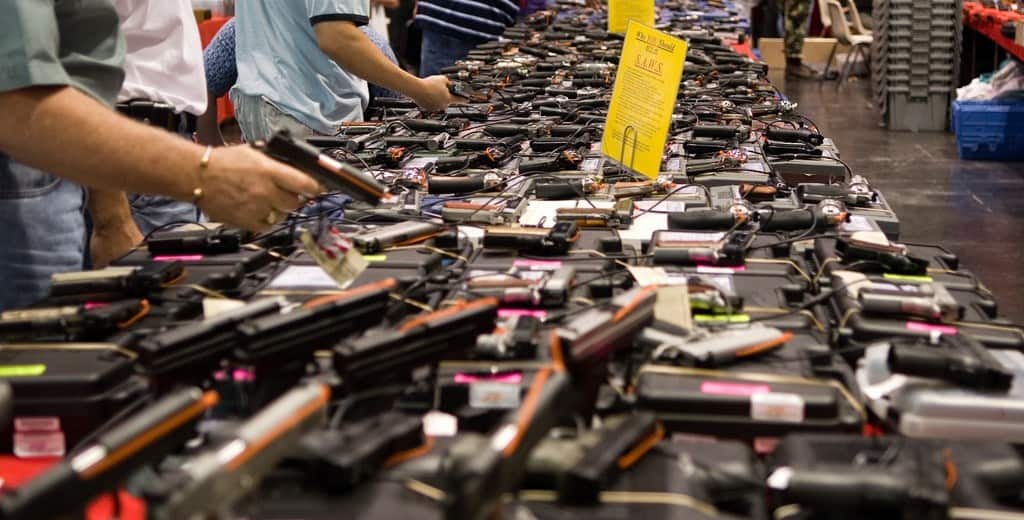 As Republican lawmakers have continued to approve bills which expand where firearms may be carried, the subject of allowing teachers to carry guns into schools is one that consistently comes up. Conservative legislators feel as if arming our educators is the only way to protect students from potential shooters, but in one area where arming teachers is actually understandable, the shooting death of a student has showcased just how dangerous these laws can be.

A Dec. 2014 shooting rampage at a school in the Pakistani city of Peshawar left 145 people dead. Of the victims, 132 were under 18 years of age. This led officials in northwest Pakistan to grant teachers the right to carry firearms in schools. This was done due to the province’s inability to provide guards at every school, which sounds something a bit like one North Dakota Republican’s reasoning for arming teachers:

“The reason it’s necessary is we have rural schools that are 30 miles away from law enforcement, so we are trying to address the response time [to a potential shooting]. Because by the time law enforcement gets there, it won’t be a rescue anymore.” – Rep. Dwight Kiefert

On June 11, this reasoning led to the death of a student at the Sangota Model School in Pakistan. A teacher at the private school, Majid Khan, was in the staff room cleaning his pistol when the incident took place. Local police reported on the incident.

“Majid Khan, a teacher at the private Sangota Model School, was cleaning his pistol in the staff room when it fired a bullet by accident, hitting a student passing through the corridor.”

It was stated that the student died “on the spot,” and Khan has been arrested in relation to the incident.

AN ACCIDENT WAITING TO HAPPEN

Sadly, there’s little doubt that those pressing for these types of laws will say “This happened in Pakistan, not here in America, so it doesn’t apply.” Honestly, though, how different is it? Accidents are going to happen. Simply look at the well-trained police chief who made it into the news after accidentally shooting himself… twice.

Even if teachers are trained with these firearms, which the educators in Pakistan were, incidents like these are going to occur. In fact, there were nearly 3,800 deaths between 2005 and 2010 due to accidental shootings. Even more disheartening is the fact that more than a third of these individuals hadn’t even reached the age of 25 years at the time of their deaths.

As mentioned, however, gun-rights advocates will invariably say that what happened in Pakistan doesn’t apply here in America. They’ll say that there is somehow a difference, and in fact, they’re right. In Pakistan, for instance, it makes more sense for teachers to carry guns. Those educators live in a place where terrorist organizations abound and will take any opportunity to cause mass casualties.

But this isn’t Pakistan. There aren’t roving bands of terrorists going school to school to kill people. In fact, aforementioned Republican legislator, Dwight Kiefert, lives in a state where the only notable school shootings were an accidental shooting from a gun that appears to have been allowed on school grounds (1918), a scorned lover killing a teacher he’d formerly had a relationship with (1935, opens PDF), and a young boy shooting himself in front of his class (2012).

So it’s hard to imagine what danger Rep. Kiefert sees, but because of his and others’ misplaced fears, schools all across the country will soon be sending teachers in packing heat. Maybe one day a mass shooter will be stopped in his tracks by an armed teacher who has received minimal firearm training and knows how to react under extreme duress during an active shooter scenario.

Until that unlikely scenario unfolds, however, it seems our best bet is to cross our fingers and hope the accidental discharges that will undoubtedly occur at our schools don’t result in the death of a child.