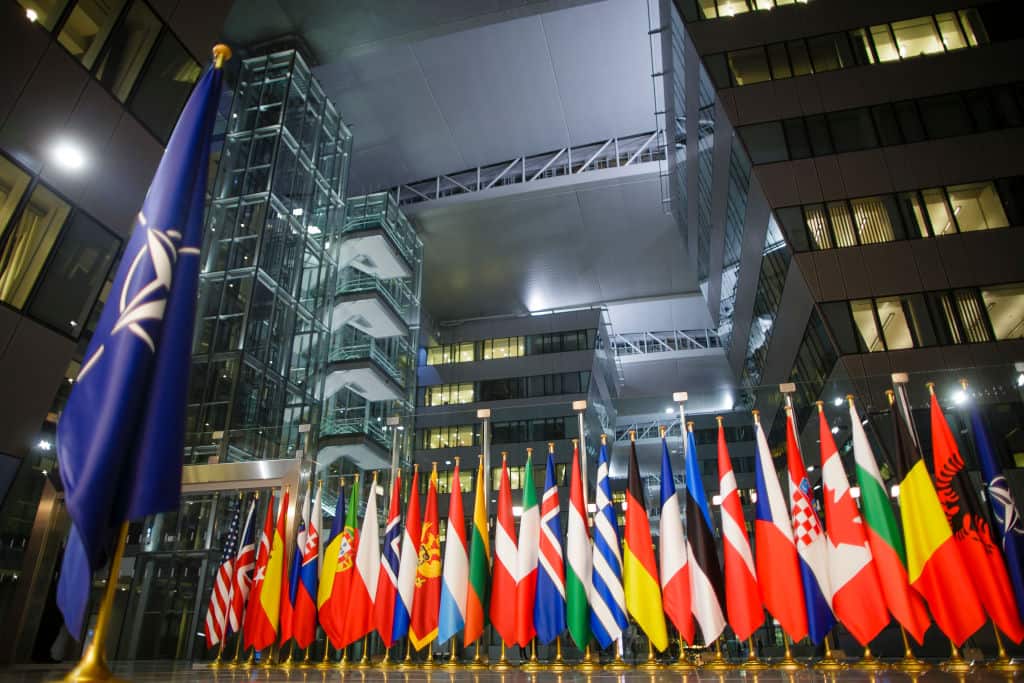 Putin And Trump Are Playing An Unfathomably Dangerous Game

“Sure. Oh sure, I know that. I mean, I understand what’s going on, I said a long time ago — that NATO had problems. Number one it was obsolete, because it was, you know, designed many, many years ago. Number two — the countries aren’t paying what they’re supposed to pay. I took such heat, when I said NATO was obsolete. It’s obsolete because it wasn’t taking care of terror. I took a lot of heat for two days. And then they started saying Trump is right — and now — it was on the front page of The Wall Street Journal, they have a whole division devoted now to terror, which is good.”

Trump also criticized Angela Merkel for allowing refugees into Germany, BMW for planning manufacturing in Mexico, and Germany generally for its influence over the European Union. He said that he’s looking forward to more European countries leaving the European Union. For European leadership, this interview served as dreadful confirmation that Trump’s campaign rhetoric wasn’t just an act, and that he actually intends to follow through in policy on his cockeyed beliefs about geopolitical security in Europe.

The idea that NATO is “obsolete” is not shared by any serious democratic leader in any capital in Europe, or even most of the rest of the world that deals with it directly. You know who does think that NATO is obsolete, and who has been saying that since he first became president of Russia nearly 17 years ago? Why, Mr. Vladimir Putin, of course.

In 2001, responding to plans for NATO enlargement eastward and a new missile shield for Central Europe, Putin said,

“…There is no more Warsaw Pact, no more Soviet Union, but NATO continues to exist and develop,” he said.

NATO’s expansion into Eastern Europe creates “different levels of security on the continent … which does not correspond to today’s realities and is not caused by any political or military necessity.”

Putin added that NATO was lying about its purpose and complained about NATO’s bombing of Yugoslavia when NATO intervened to stop the massacre of Kosovar Albanians by Serbian state forces. Russia considered Serbia an ally, and Putin and his regime have considered the intervention an unacceptable act of treachery by NATO ever since. In 1999, though, Russia was still too weak following the collapse of the Soviet Union to do much more than complain about it.

This perception that NATO is “obsolete” and threatens Russia’s security has driven Russian foreign policy throughout Putin’s autocratic rule. Since 2001, Putin has sought to rebuild his military forces, nationalized the energy industry to use pipelines as leverage against downstream European countries, invaded Georgia to stop the construction of an independent pipeline from the Caspian to Eastern Europe, installed kleptocratic thug Viktor Yanukovych as president of Ukraine, invaded Eastern Ukraine and annexed Crimea when Polish-speaking Western Ukrainians rose up against Yanukovych, intervened in Syria to prop up Bashar al-Assad, intentionally exacerbated the refugee crisis in Syria, financed and encouraged far right political parties in Europe who oppose the refugees, meddled in European elections, has begun threatening his Eastern European neighbors, and has now intervened in an American election apparently to install a pro-Putin stooge in the form of Donald Trump.

There have been pro-Putin Western leaders before, especially Italy’s Silvio Berlusconi and Germany’s Gerhard Schroeder. But most of their affinity for Putin came in the form of corrupt secret business deals and occasionally parroting Putin’s foreign policy views. They caused consternation, but didn’t threaten the world order. Trump’s calling NATO obsolete, one of the only policy views he has been clear and consistent about, is something bigger and more dangerous. However Putin achieved it–likely through a combination of carrot in the form of floating the Trump Organization for billions of dollars via the Russian mob, and stick in the form of damaging kompromat–Vladimir Putin is Donald Trump’s brain. Everything Trump seems prepared to do would weaken the US and Western alliances in ways Putin could only dream of. Everything Trump has said about policy is irrational, inconsistent, willfully ignorant, or a pile of lies. On this, he has been clear, though. NATO is unfair to Russia, therefore, NATO is obsolete. That is Russia’s entire foreign policy. That is Trump’s foreign policy.

By taking this position, and by assuming the one and only office in the world where he could actually follow through on it, Trump promises to take a sledge hammer to the already creaking foundation of the world order that has endured since 1945. If Putin and Trump do undermine NATO and the EU so that Putin can reassert Russian empire in the former Soviet space, Europe would push back. Trump would be in direct conflict with America’s foreign policy establishment and traditions. And Putin and Trump would be in direct conflict with Europe. This stance, and the apparent speed with which Trump and his puppet master Putin wish to accomplish it threaten systemic collapse of the world order. There is absolutely no way to know how that would play out and what would emerge on the other side of that.

One thing is certain, though. Europe has been a battleground for most of recorded history. The modern world that we live in today is largely a result of the escalating conflicts for control of the European continent, from the Napoleonic Wars, to the Franco-Prussian War to World War I and II. The European Union has ensured peace, stability, prosperity and democracy in Europe in more places and for a longer period than at any other time in recorded history. And NATO ensures its security against external threats. The European Union and NATO broke Europe’s cycle of escalating conflict that killed hundreds of millions of people over the last few centuries. Destroying that foundation of world order would put Europe back on the track of internecine warfare between insecure states with short lived social contracts constantly jockeying for advantage over each other. By undermining the EU and NATO, Trump is pushing the world toward World War III.